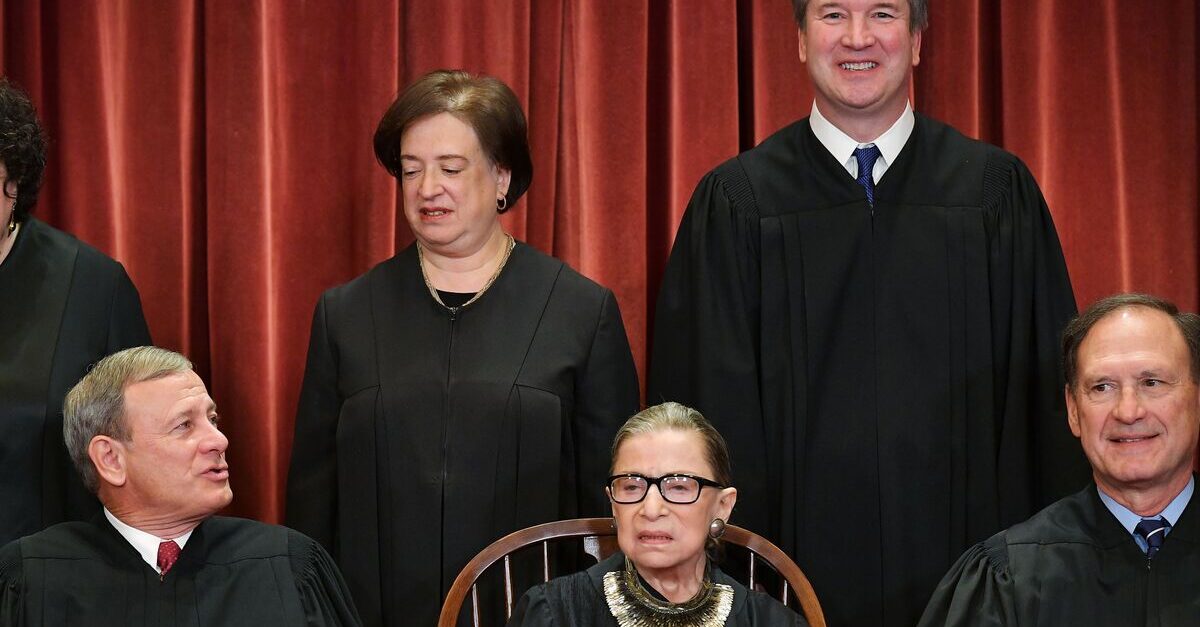 The U.S. Supreme Court on Thursday dealt a severe blow to the rights of immigrants and refugees in a that determined the government can fast-track deportation of certain asylum-seekers without allowing them to appeal before a federal judge.

In the decision stylized as Department of Homeland Security vs. Thuraissigiam, the court’s conservative majority collectively denied habeas corpus and due process relief to a Sri Lankan national who feared persecution in his home country. Liberal justices Ruth Bader Ginsburg and Stephen Breyer concurred in the judgment.

The majority opinion, penned by arch-conservative Justice Samuel Alito, represents a victory for the Trump administration’s efforts to expedite removal of asylum seekers who fail their initial asylum screenings.

The specific statute at issue is the Illegal Immigration Reform and Immigrant Responsibility Act (IIRIRA) of 1996, legislation signed by Bill Clinton which established the framework of the country’s modern and exclusionary immigration and deportation regime.

Under the relevant language of the IIRIRA, an asylum applicant can avoid expedited removal if they have a “credible fear of persecution.” Here, Vijayakumar Thuraissigiam entered the country via the U.S.-Mexico border–bypassing official entry points and without immigration documentation. He was quickly apprehended and then processed for expedited removal by the Border Patrol.

What happened after that is hotly disputed.

The federal government claims, and the seven justices in the majority effectively accept, that Thuraissigiam “affirmed that he did not fear persecution based on his race, political opinions, or other protected characteristics.”

Thuraissigiam claims, on the other hand, “that officials violated governing asylum regulations and deprived him of due process by conducting an inadequate interview and providing incomplete translation services,” which the dissent says resulted in a threshold legal claim alleging “procedural defects that violate, or at least call into question” the government’s adherence to asylum law.

Border authorities declined his asylum claim. An immigration judge later did the same. Thuraissigiam then filed a habeas petition–arguing that IIRIRA’s language limiting habeas claims violates the Suspension Clause–which also included a constitutional Due Process claim which asserted that immigration authorities had deprived him of “a meaningful opportunity to establish his claims” and requested another opportunity to argue his asylum claims. In his federal petition, Thuraissigiam pleaded that he feared persecution based on his ethnicity and political beliefs in Sri Lanka–facts which would typically move an asylum claim past the “credible fear” stage.

Alito’s majority opinion dismissed both claims–ruling that habeas corpus petitions have no bearing on asylum claims and that undocumented immigrants caught entering the country are not entitled to Fifth Amendment Due Process rights.

“Habeas has traditionally been a means to secure release from unlawful detention, but respondent invokes the writ to achieve an entirely different end, namely, to obtain additional administrative review of his asylum claim and ultimately to obtain authorization to stay in this country,” the decision notes–concluding that this approach “fails because it would extend the writ of habeas corpus far beyond its scope ‘when the Constitution was drafted and ratified.'”

The conservative-liberal consensus here will have far-reaching effects, for sure, but the decision also substantially upends precedent viz. the determination that immigrants caught attempting to enter the country without documentation are entitled to Bill of Rights protections. As the dissent notes, this is a drastic departure.

Respondent’s due process argument fares no better. While aliens who have established connections in this country have due process rights in deportation proceedings, the Court long ago held that Congress is entitled to set the conditions for an alien’s lawful entry into this country and that, as a result, an alien at the threshold of initial entry cannot claim any greater rights under the Due Process Clause. Respondent attempted to enter the country illegally and was apprehended just 25 yards from the border. He therefore has no entitlement to procedural rights other than those afforded by statute.

“In short, under our precedents, neither the Suspension Clause nor the Due Process Clause of the Fifth Amendment requires any further review of respondent’s claims, and IIRIRA’s limitations on habeas review are constitutional as applied,” Alito continues.

The conservative majority acknowledges the impact of their ruling will have “significant consequences for the immigration system” in a section outlining the efficacy of the country’s immigration system and the pertinent sections of federal law that under-gird that system.

Taking the government at its word, Alito and the mostly conservative justices who agree with the Trump administration’s long-argued public and legally briefed position that the “majority [of asylum claims] have proved to be meritless.”

Alito argued this point in a footnote:

[A]n influx of meritless claims can delay the adjudication of meritorious ones; strain detention capacity and degrade detention conditions; cause the release of many inadmissible aliens into States and localities that must shoulder the resulting costs; divert Department resources from protecting the border; and aggravate “the humanitarian crisis created by human smugglers.”

Tidily summing up the government’s position, the majority described their overarching logic in deciding the case: “If courts must review credible-fear claims that in the eyes of immigration officials and an immigration judge do not meet the low bar for such claims, expedited removal would augment the burdens on that system. Once a fear is asserted, the process would no longer be expedited.”

Justice Sonia Sotomayor, joined by Justice Elena Kagan, wrote a lengthy and vehement dissent–harshly criticizing both the majority opinion and her two liberal peers for concurring in the judgment.

“Today’s decision handcuffs the Judiciary’s ability to perform its constitutional duty to safeguard individual liberty and dismantles a critical component of the separation of powers,” the dissent argues. “It will leave significant exercises of executive discretion unchecked in the very circumstance where the writ’s protections ‘have been strongest.’ And it increases the risk of erroneous immigration decisions that contravene governing statutes and treaties.”