Who is Corey Johnson? | Law&Crime 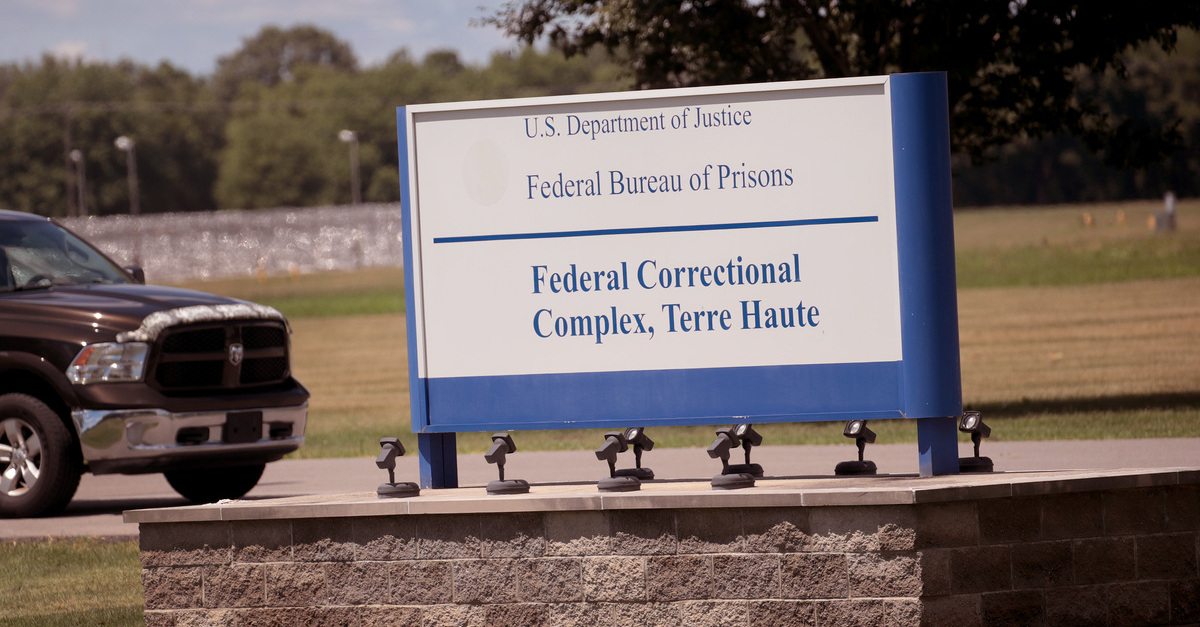 TERRE HAUTE, INDIANA: A sign sits at the entrance of the Federal Correctional Complex where Corey Johnson was executed.

The Trump administration continued its flurry of federal executions Thursday night when it put to death 52-year-0ld Corey Johnson at the Federal Correctional Complex in Terre Haute, Indiana. Johnson had been sentenced to death for his role in the gang-related murders of seven people in 1992.

The victims were Peyton Johnson, Louis Johnson, Bobby Long, Dorothy Armstrong, Anthony Carter, Linwood Chiles and Curtis Thorne, and they were killed when a gang embarked on a 45-day revenge-inspired killing spree. Two of Corey Johnson’s fellow gang members, Richard Tipton and James Roane, are also on federal death row for the murders.

The United States Supreme Court declined to hear Johnson’s last-minute legal challenges that might have halted or delayed his execution; as before, the Court’s three liberal justices indicated that they’d have ruled differently. Like Lisa Montgomery, the woman executed by the federal government earlier in the week, Corey Johnson raised an objection based on intellectual disability.

Johnson’s lawyers argued that under the Federal Death Penalty Act, Johnson was ineligible for the death penalty based on severe childhood abuse and a low IQ score. The U.S. Court of Appeals for the 4th Circuit ruled against Johnson, and the Supreme Court upheld that ruling in an unsigned order without comment. The only indication of how the justices voted was a noted dissent by Justices Sonia Sotomayor and Elena Kagan.

A second appeal raised objections for both Corey Johnson and Dustin Higgs; Higgs is another federal inmate on death row, and his execution is scheduled for Friday, January 15th. Both Johnson and Higgs argued through counsel that their execution by lethal injection should be postponed because they contracted coronavirus while in prison. Because the COVID-19 virus may have caused lung damage, execution by lethal injection would violate their Eighth Amendment rights against cruel and unusual punishment.

Johnson and Higgs were initially successful in having their death sentences delayed based on their COVID-19 diagnoses; A D.C. federal judge ruled in their favor, agreeing to stay their executions until after they had recovered.  The U.S. Court of Appeals for the D.C. Circuit, however, reversed that decision in a 2 to 1 ruling. That reversal was issued by a three-member panel of the court. Judges Gregory George Katsas and Justin R. Walker — both Donald Trump appointees — voted to revive the execution. Judge Cornelia Pillard, a Barack Obama appointee, dissented, saying that executing Johnson and Higgs while they suffer from COVID-19 “is likely under the current circumstances to cause them agonizing, readily avoidable pain. And the public interest most evidently weighs in favor of denying the stay.”

Here are Corey Johnson’s last words. “I am not the same man that I was,” he said, after apologizing to the families of his victims and listing their names. He then thanked prison staff, his attorneys, and his minister. pic.twitter.com/GjXapN6Fgb

In Johnson’s last words before he was executed, he said, “I am not the same man that I was.” He offered an apology to the families of his victims, and listed each of their names, saying, “I want their names to be remembered.”  Johnson also thanked prison staff, his attorneys, and his minister; he then expressed love for his family. Johnson ended by noting “I am okay. I am at peace.”

Dustin Higgs still has one appeal pending before his execution Friday evening. Should the Supreme Court deny Higg’s appeal, he will become the third person executed in one week and the fifth since Joe Biden won the presidential election. Prior to 2020, the last time a lame-duck presidential administration executed a prisoner was over a century ago, during the outgoing administration of President Grover Cleveland.