Justice Thomas Is Suddenly ‘Unavailable’ to Teach at D.C. Law School After Students Petitioned for His Firing 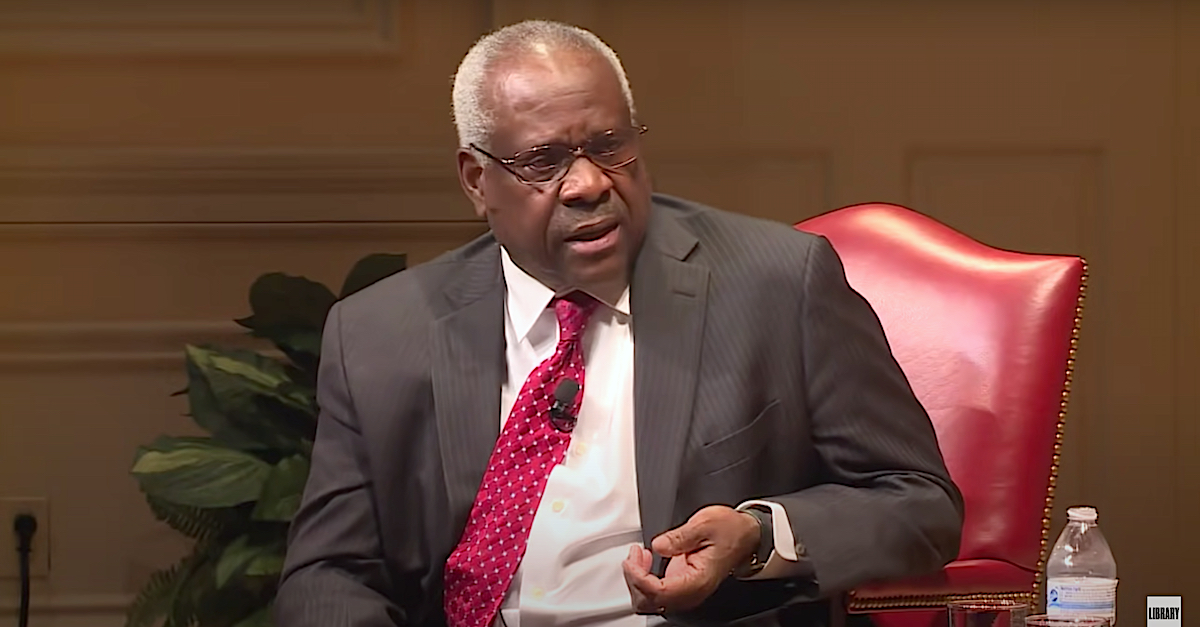 U.S. Supreme Court Justice Clarence Thomas will not be teaching at George Washington University School of Law in Washington D.C. this fall.

Thomas, 74, has co-taught a Constitutional Law seminar at GW Law since 2011 with his former clerk, Judge Gregory Maggs of the U.S. Court of Appeals for the Armed Forces. Now, Thomas is no longer listed as an instructor on the school’s online course catalog.

According to the law school’s online publication the GW Hatchet, Maggs sent an email that said, “Unfortunately, I am writing with some sad news: Justice Thomas has informed me that he is unavailable to co-teach the seminar this fall.”

The change comes just weeks after an online petition was circulated demanding Thomas’ removal from the faculty. The petition, started in direct response to Thomas’ vote to overrule Roe v. Wade in Dobbs v. Jackson Women’s Health Organization, and launched by an undergraduate student at GWU, now has more than 11,000 signatures.

In early July, GWU refused to remove Thomas and wrote in a letter to students, “Because we steadfastly support the robust exchange of ideas and deliberation and because debate is an essential part of our university’s academic and educational mission to train future leaders who are prepared to address the world’s most urgent problems, the university will neither terminate Justices Thomas’ employment nor cancel his class in response to his legal opinions.”

Josh Grossman, university spokesperson for GWU, said in an email to Law&Crime Thursday, “Justice Thomas informed GW Law that he is unavailable to co-teach a Constitutional Law Seminar this fall. The students were promptly informed of Justice Thomas’ decision by his co-instructor who will continue to offer the seminar this fall.”

Thomas, who has been teaching at the law school since 2011, earned $10,000 from the school last year, according to his most recent financial disclosure report.

While all six conservative justices making up the Court’s majority in Dobbs have come under scrutiny since the bombshell decision was handed down, Thomas has drawn significantly more public ire than some of his colleagues perhaps in part due to his lone concurrence in the case. In that concurrence, discussed at length by Law&Crime here, Thomas signaled a willingness to abandon “substantive due process” rights unrelated to abortion.

Among the rights Thomas said could use reconsideration were the right to use contraception, the right to same-intimacy, and the right to same-sex marriage. Thomas urged the justices to reconsider the entire framework of substantive due process jurisprudence in an effort to stay closer to what he describes as the intent of the Constitution’s original text.

[Image via YouTube/Library of Congress.]