Texas Man Accused of Assaulting Girlfriend, Telling Her ‘You Know You’re Not Going to Live Through the Night, Right?’ 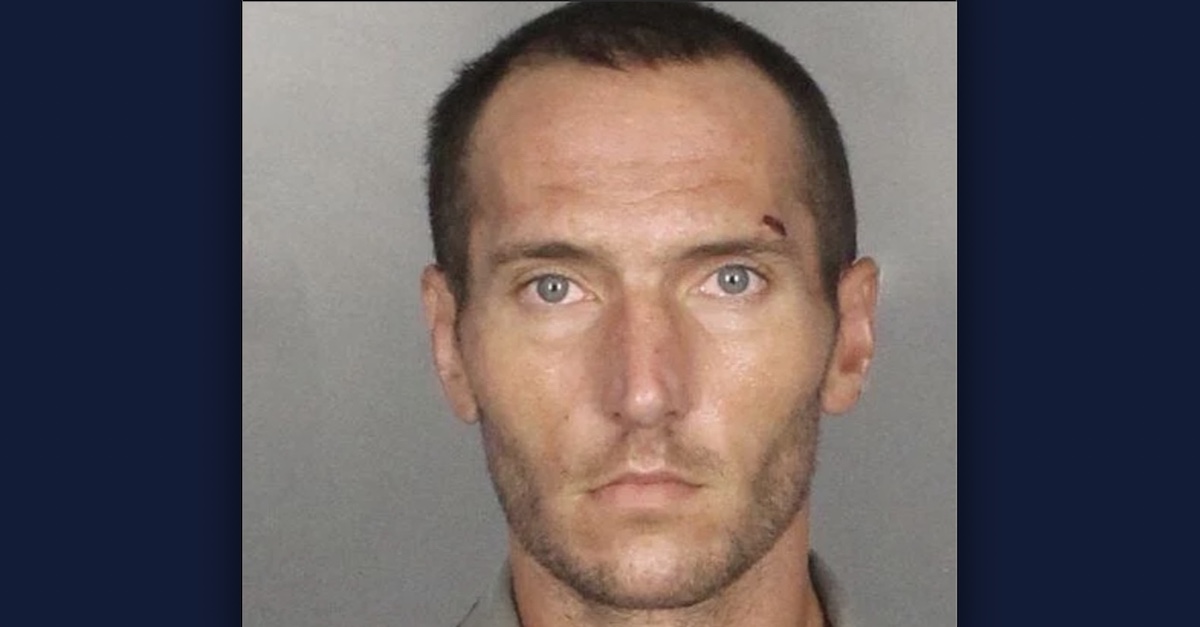 A 32-year-old man in Texas has been arrested for allegedly beating his girlfriend in horrific fashion by punching, kicking, whipping, and strangling her with a rope.

Tony Lee Cureton was taken into custody on Sunday and charged with one count each of family violence assault by strangulation, a third-degree felony, and misdemeanor assault, records reviewed by Law&Crime show.

Officers with the Waco Police Department at approximately 8:29 p.m. on Friday, July 22 responded to a 911 call regarding a domestic disturbance at a home located in the 4000 block of Roselawn Avenue, Waco PD Public Information Officer Cierra Shipley said in an email to Law&Crime. Upon arriving at the scene, first responders saw a man, later identified as Cureton, walking away from the residence. He was asked to “return to the home where the disturbance occurred” and he complied, authorities say.

Officers then came into contact with the victim, who allegedly stated that Cureton “hit her multiple times and tied a rope around her neck.” Police said they spoke with another man who was also at the scene and who stated that Cureton had also punched him during the incident.

“Officers noticed visible injuries on both parties consistent with how they were explaining the incident occurred,” Officer Shipley wrote.

Police have not released the name of either of the alleged victims.

A sworn probable cause affidavit obtained by the Waco Tribune provided addition details into Cureton’s alleged assault on the his girlfriend.

According to the Waco Tribune, the victim told police that she and Cureton had been dating for several months, during which time he had repeatedly been physically abusive towards her and accused her of cheating on him.

Describing what happened, the victim reportedly said that Cureton “burst in” to the bedroom while she was watching television. He accused her of cheating, then slapped her in the face with enough force to knock her to the ground, she said. Cureton then allegedly punched the male victim in the face, and a fight ensued.

The victim reportedly told police that Cureton dragged her by the rope around her neck for “at least two or three minutes” before she was able to create enough slack in the rope to breathe.

An irate Cureton then reportedly accused multiple other people in the house of sleeping with the victim, whom he hit at least one more time before exiting the residence. He returned a short while later and allegedly told the victim, “You know you’re not going to live through the night, right?”

Police arrived soon after and booked Cureton at the McLennan County Jail.

McLennan County court records show that Cureton in 2018 pleaded guilty to one count of family violence assault with a prior.