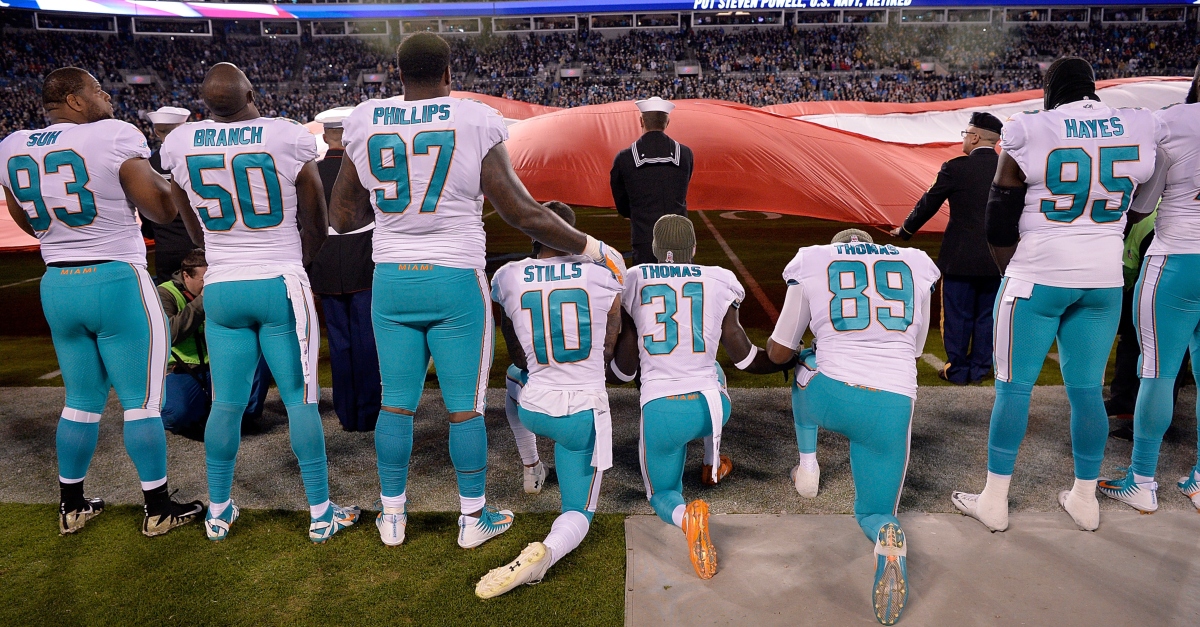 The National Football League will likely not enforce a new policy on the national anthem this season, according to league sources in a new ESPN report. For now, there will be no policy because it’s hard to get everyone to compromise their staunchly held, differing views.

This is definitely something that’d catch the attention of President Donald Trump. He has advocated for the firing of players who kneel during the anthem, and to this very day, argues that the protests hurt the NFL’s TV ratings.

Wow, NFL first game ratings are way down over an already really bad last year comparison. Viewership declined 13%, the lowest in over a decade. If the players stood proudly for our Flag and Anthem, and it is all shown on broadcast, maybe ratings could come back? Otherwise worse!

Proponents of kneeling during the anthem say they do so to protest police brutality, especially when it is disproportionately directed toward people of color. Green Beret Nate Boyer said he worked with then-San Francisco 49ers quarterback Colin Kaepernick in 2016 to develop kneeling as a respectful alternative to simply sitting during the Star Spangled Banner. In a recent op-ed, he described this as a “middle ground.”

“Colin would take a knee, making his statement about police brutality while also respecting the men and women who fought and died for what our flag is supposed to represent,” Boyer wrote.

Nonetheless, opponents construe the practice as being actively disrespectful toward military servicemembers and veterans.

The NFL tried to lay out ground rules in May, establishing rules for players to stand for the anthem, or stay off the field. The league put this on hold in July after talks with the players’ union.