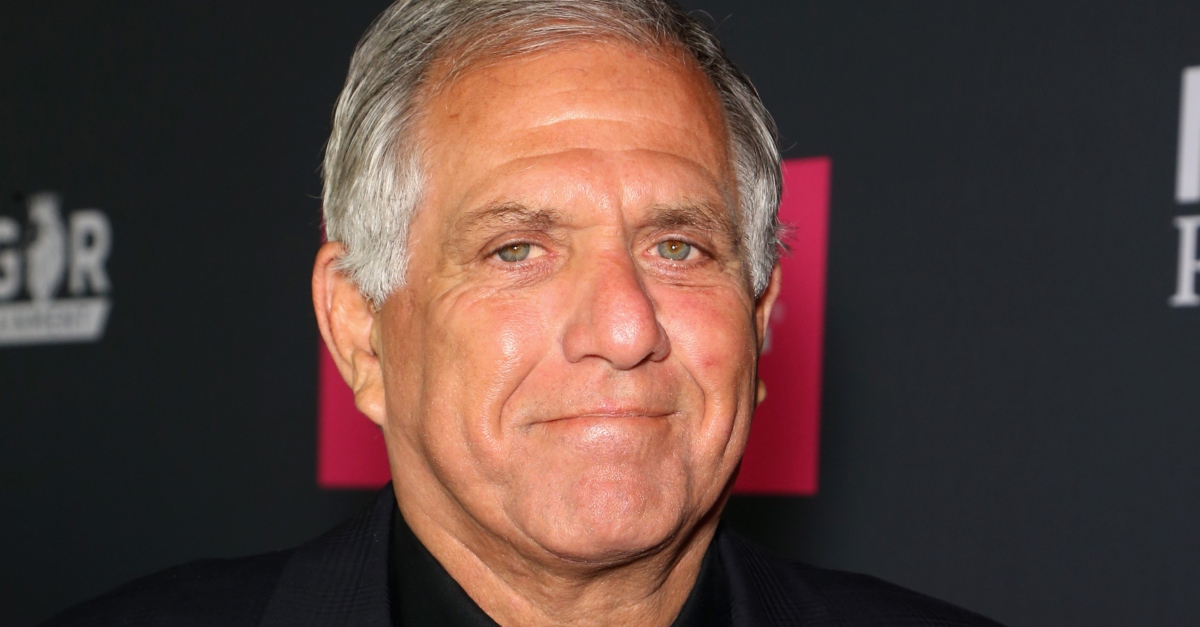 A former TV executive said CBS CEO Les Moonves sexually assaulted her in 1986, but charges won’t be filed even though authorities think it is a credible allegation, according to a New Yorker report from Sunday. Prosecutors apparently won’t file charges because of the statute of limitations.

Here are the four key takeaways from this new article.

Phyllis Golden-Gottlieb, a now retired retired television television executive, is one of six women making new sexual misconduct allegations against Moonves. She told the outlet that he forced her to perform oral sex during an incident in 1986. He allegedly picked her up in his car and suggested they get lunch, but instead, he stopped his car, “grabbed [her] head and he took it all the way down onto his penis, and pushed his penis into [her] mouth.” Golden-Gottlieb said didn’t report it at the time because she was a single mother with two kids and worried that stepping forward would hurt her career.

She also claimed that he exposed himself to her, and threw her against a wall in other incidents.

Golden-Gottlieb expressed doubt that Moonves will face real responsibility, but said she is not going to keep her story secret any longer.

“I’m not going to be a shadow anymore,” she said. And it seems the investigators believe her. She said she filed a criminal complaint last year with the Los Angeles Police Department. Law enforcement sources said they determined her allegations were, in the words of the New Yorker, “credible and consistent,” according to reporter Ronan Farrow. Prosecutors didn’t press charges, however. The statutes of limitations had run out.

2. The alleged M.O. was forcible kissing and forced oral sex.

Five other women also stepped forward with allegations. Jessica Pallingston worked for Moonves in the 1990s as an assistant. She also claimed that he forced her to perform oral sex on him, often groped her, and was verbally abusive. She said she was embarrassed over what happened, and tried to downplay it until recently.

“It was way too embarrassing to be honest about it, because I believed anyone who put themself in that situation was an idiot, or weak,” she said.

Deborah Green, a makeup artist, said he asked her for a massage, and forcibly kissed her.

“He stuck his tongue down my throat,” she said. “It was like a forceful hold.” Like Golden-Gottlieb, she declined to file a complaint because Moonves was too powerful.

Deborah Morris, a junior executive, said he hit on her for months. Then one day, he offered to driver her to her, stopped the vehicle, and tried to forcibly kiss her, she claimed.

“My left arm swung and hit him across the chest,” she said. “It was just instinct.

She said she was frozen out of meetings from then on. Two female acquaintances from legal and HR discouraged her from filing a complaint after she brought it up without naming the man, she said.

Linda Silverthorn, a screenwriter, said she previously had consensual sexually encounters with Moonves when she was his assistant, but she stopped it after he mentioned having a wife and kids.  She said she was trying to get more writing projects when she accepted a business meeting with him in 1990, but he ended up forcibly kissing her.

“Coffee was on his breath,” she said, “and then he just pulled his penis out,” and tried to put it in her hand. She said she “manually manipulated him, and just got it over with.”

The sixth woman, message therapist Deborah Kitay, said he repeatedly harassed her in sessions at his home and office, and he even went as far as to tell her to touch his penis, or expose himself. He finally stopped after she told him she was attracted to women, she said.

“I’m actually bisexual, but I thought if I told him that, he’d leave me alone. And it worked,” she said. Kitay said she was worried that canceling sessions with Moonves would hurt her career. But she started to decline work with male clients, and ended up leaving the message therapy.

3. Moonves says three encounters were consenual, but doesn’t say which ones.

Moonves denied wrongdoing in a statement to the New Yorker. In the article’s phrasing, he acknowledged three of the encounters, but said they were consensual. He didn’t specify which of the six he was talking about.

“The appalling accusations in this article are untrue,” he said. “What is true is that I had consensual relations with three of the women some 25 years ago before I came to CBS. And I have never used my position to hinder the advancement or careers of women. In my 40 years of work, I have never before heard of such disturbing accusations. I can only surmise they are surfacing now for the first time, decades later, as part of a concerted effort by others to destroy my name, my reputation, and my career. Anyone who knows me knows that the person described in this article is not me.”

4. Moonves’ new accusers were ticked off by a previous statement.

Charges or not, Moonves seems to be on his way out at CBS after Farrow first detailed several misconduct allegations against him in July. Sources said he’s wrapping up an exit deal, according to CNN. At the time of the original New Yorker report, Moonves acknowledged possibly making women uncomfortable during the advances, but insisted that he “always understood and respected—and abided by the principle—that ‘no’ means ‘no,’ and I have never misused my position to harm or hinder anyone’s career.”

That statement incited the ire of some of the women named in that new report.

Kitay, who acknowledged that her history of being convicted for wire fraud might be publicized if she spoke publicly, decided to step forward after hearing about Moonves’ statement.

“It was a weekly thing,” she told the New Yorker about Moonves’ alleged actions. “And I said no every time.”