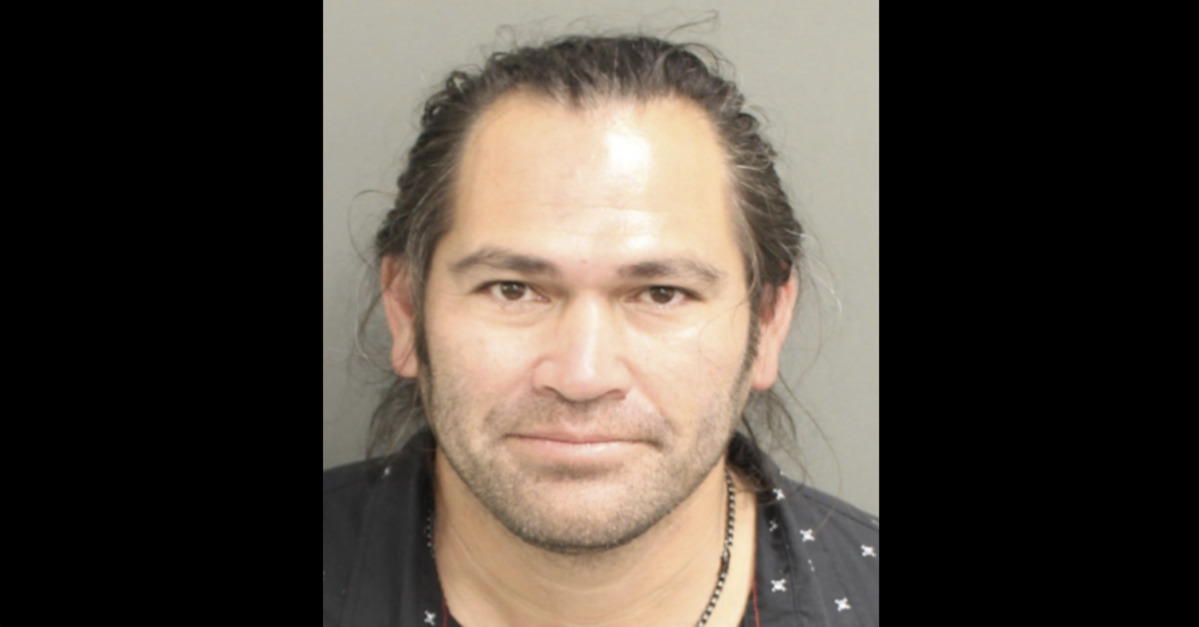 A former Red Sox player invites a life of controversy after moving on to the New York Yankees. That’s what onetime outfielder Johnny Damon did—years and years ago. On Friday, he found himself allegedly wasted and then behind bars in Florida.

As of Friday afternoon, Damon was locked up in the Corrections Department of Orange County, Florida after initially being booked early Friday morning. He reportedly blew over thrice the legal limit and had a blood alcohol level somewhere north of .20. According to online celebrity gossip magazine TMZ, Damon “gave two valid breath samples, .30 and .294.” The Sunshine State’s legal limit is .08.

Damon was pulled over by Windermere Police after law enforcement allegedly noticed his SUV swerving on the road sometime between 1:00 and 2:00 a.m. His car then allegedly jumped a curb and breezed past a stop sign, prompting the arrest. After being pulled over, Damon slurred his words, admitted to drinking “just a little bit,” and made a hand motion to suggest a small amount, according to police.

According to the Orlando Sentinel, the responding officer reported that Damon’s eyes were bloodshot and glassy and that he could barely stand on his feet after exiting his black Lincoln.

“While I was speaking with Johnny, his speech was slurred and his voice was horse, and I noticed his eyes were bloodshot and glassy,” the officer wrote. Damon said he agreed to field sobriety tests because he was “a big boy,” according to the officer.

After allegedly failing those tests, Damon submitted to a breathalyzer and is accused of racking up the exceptionally high numbers noted above.

The MLB veteran was charged with one count of driving under the influence and one count of resisting an officer without violence.

Michelle Mangan-Damon, the ex-ballplayer’s wife, however, fared a bit worse in the end as is facing two charges as well.

Mangan-Damon allegedly got out of the car—against the cop’s instruction—and proceeded to make a scene as her husband was being questioned. That apparently didn’t go over well, and the responding officer said he continued to instruct Damon’s wife to get back in the car until another officer arrived. When she allegedly failed to comply, the officer grabbed Mangan-Damon’s wrist and attempted to push her against his police car. A brief fracas ensued.

The police report says that Damon himself stepped in and that the officer’s body camera was knocked from his body. Ultimately, Mangan-Damon was charged with one count of battery on a law enforcement officer and one count of resisting arrest with violence.

Damon played professionally for a total of 18 seasons. Most of his career was spent with the Kansas City Royals, the Boston Red Sox and the New York Yankees. The two-time All-Star and World Series champion helped bring pennants and titles both the Red Sox and the Yankees. He was an early and vocal supporter of Donald Trump‘s 2016 run for the presidency—as well as a frequent critic of coronavirus (COVID-19) restrictions.

The 47-year-old appears to have been released mid-afternoon Friday. He last played for the Cleveland Indians in 2012.