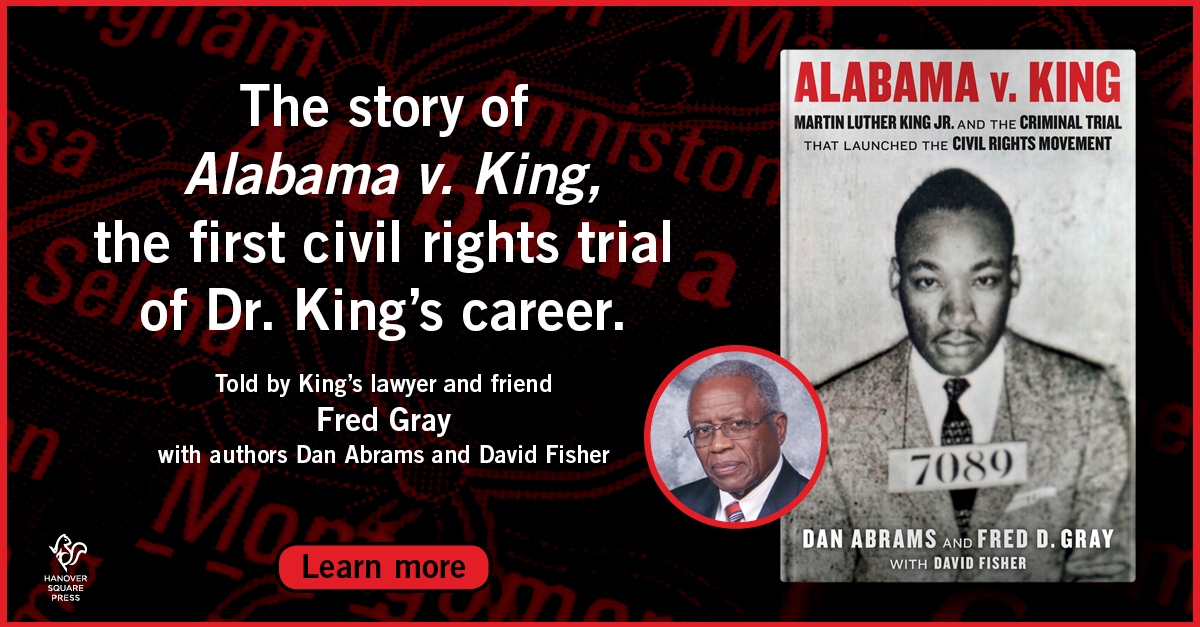 Attorney Fred D. Gray did not just witness history. He represented perhaps the most iconic leader of the civil rights movement.

In 1956, officials in Montgomery County, Alabama, dusted off an old anti-boycott law to get dozens of people indicted for opposing the city’s racist segregation paradigm. 89 people were arrested. Among them was Gray’s close friend Rosa Parks, and the young minister Dr. Martin Luther King.

The defense managed to sever the dozens of cases that made it to court, so everyone would be tried separately. Prosecutors wanted to send a message with the first trial to the 88 other people awaiting court: pleaded guilty for a minimum punishment. Victory was hardly guaranteed. The case landed before the same pro-segregation judge that upheld Parks’ conviction for refusing to give up her seat on a bus.

King, just a local leader at the time, was tried first. And his turned out to be the only trial. Those in court did not know that his case–marked by poignant and searing testimony that exposed the South’s racist systems to a worldwide audience–as a national hero who helped transform the United States.

“It was only later that we understood that this sort of casual selection had made all the difference in the world,” Gray said.

Now he tells his story to authors Dan Abrams and David Fisher in the new book Alabama v. King: Martin Luther King Jr. and the Criminal Trial That Launched the Civil Rights Movement. You can sign up for your chance to win a free copy if you sign up for our newsletter. If you’re already a subscriber, you can email [email protected] with the subject line “Sweepstakes – Alabama v. King.”

NO PURCHASE NECESSARY. Purchase or acceptance of a product offer does not improve your chances of winning. Contest opens [May, 24, 2022] and closes [May, 31, 2022] at 11:59 PM EST. To enter, sign up for Law&Crime’s daily newsletter using the form below. If you are already signed up, please email us at [email protected]  with the subject line “Sweepstakes – Alabama v. King.” Open to legal residents of the U.S. who have reached the age of majority in their state/territory of residence or older. Void where prohibited by law. 5 prizes available to be won, consisting of 1 hardcover copy of ALABAMA V. KING.  Prize ARV: $28.99 USD.  Odds of winning depend on the number of eligible entries received.  Maximum of 1 entry allowed per person. Prizes are supplied by Hanover Square Press.