‘The Greatest Deception Ever’: Firefighters and Scientists Sound the Alarm About Cancer-Causing Chemicals in Protective Gear 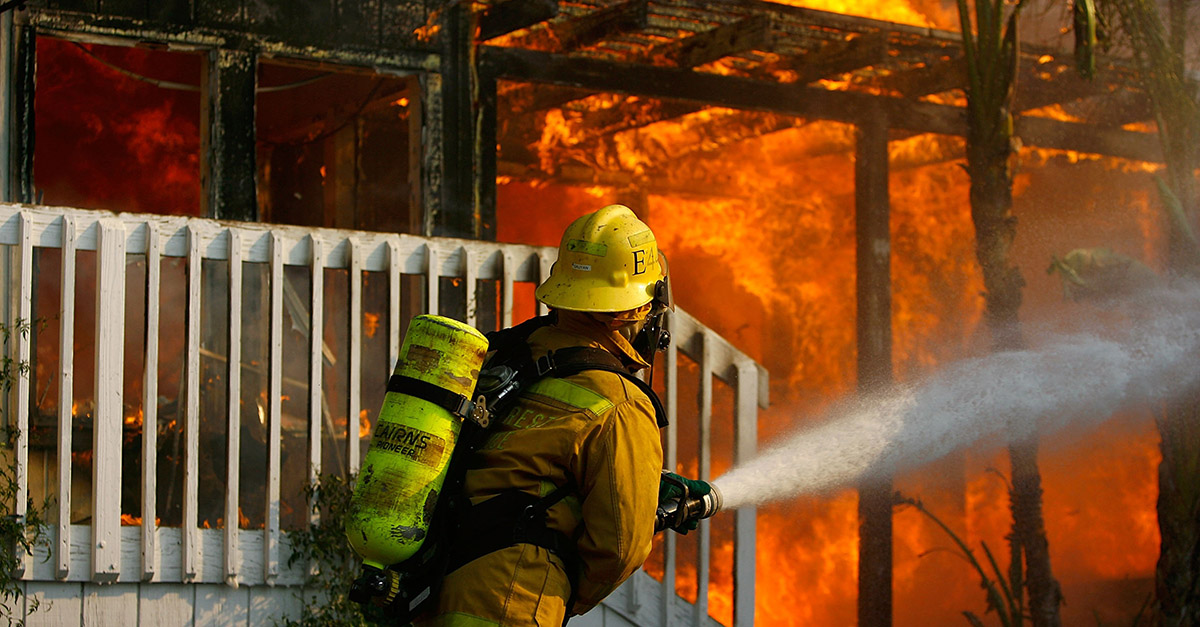 One alarm being sounded this month at America’s firehouses has nothing to do with burning buildings.

Instead, firefighters across the country are being warned about a class of potentially cancer-causing chemicals that have been used for years to waterproof their turnout gear, the heavy coats and trousers they rely upon to protect them.

“There’s 1.2 million firefighters out there and nobody is telling them about this stuff,” University of Notre Dame professor Graham Peaslee said in an interview this week on the Law&Crime Network’s Brian Ross Investigates.

Spurred on by the wife of a firefighter diagnosed with cancer, Peaslee tested turnout gear from several dozen firefighters across the country and detected the suspect chemical commonly known by its shorthand: “C8.”

“There’s a strong correlation between the C8 form of this chemical and two types of cancer, testicular cancer and kidney cancer,” Peaslee said.

In public statements, the leading manufacturers of turnout gear insist their products are safe, and the use of the chemicals in question was phased out by the industry as a whole several years ago. A recent study by gear manufacturer LION found insignificant quantities — “virtually zero trace amounts” — of the chemicals. That’s according to a “Consumer Safety Alert” posted on its company website.

January is Firefighters’ Cancer Awareness Month. The International Association of Firefighters says cancer is now the leading cause of death for active duty firefighters. Studies from the National Institute for Occupational Safety and Health (NIOSH) show that firefighters are 9% more likely to get cancer and 14% more likely to die from it than the general population.

Paul Cotter, a former Massachusetts firefighter, learned about the potential risk of the turnout gear after he was diagnosed with prostate cancer in 2014.

“I was pissed,” Cotter told the Law&Crime Network. “No one ever thought about the gear being dangerous. We wore it all the time, we wore it shopping, we wore it sitting around in the kitchen. It was our safety net.”

After Cotter’s diagnosis, his wife Diane began to research the issue by first reaching out to Professor Peaslee at Notre Dame.

“This is an epic disaster as far as we’re concerned,” she said. “We call it the greatest deception ever.”

“We’ve experienced not only cancer deaths, and the number of cancer diagnoses are going up,” he said. “But we’re also getting firefighters who are getting diagnosed at a younger age. Which is very concerning.”

“I was completely blown away. Never in my mind did I think the protective equipment I put on to do my job is what could possibly be killing my members,” Burns continued.

“The companies shouldn’t be allowed to sit back and say, you can’t prove that this is causing harm, yet not do the studies that are necessary to tell people exactly what these chemicals are doing to us when they all get in us in mix and get into our blood,” said Attorney Rob Bilott, who filed a lawsuit against the manufacturers on behalf of an Ohio firefighter.

The International Association of Firefighters says it is concerned about recent findings of possible exposure to potentially hazardous chemicals from turnout gear and is supporting further independent university research studies — with results expected later this year.

A spokesperson for DuPont, a leading producer of the fibers used in turnout gear, told Law&Crime that the company does not currently use these chemicals as part of its manufacturing process.

“Safety, health and protecting the planet are core values at DuPont,” the spokesperson said.

LION Apparel, which claims in promotional materials to be the number one manufacturer of turnout gear, said: “We don’t make the textile materials in question. That responsibility lies with the manufacturers of the materials on whom we depend.”

After phasing out the C8, Dr. Peaslee says some manufacturers appear to have substituted a formulation from the same class of chemicals, known as C6.

But scientists are concerned there is still quite a bit of older, “legacy” turnout gear being used containing C8. These experts say not enough is known about the risks of new proprietary formulations, some of which are believed to use a related chemical known as C6.

“It’s not clear to me that the C6 chemistry is any better than the C8 chemistry,” Dr. Peaslee said. “It may end up being that we’ll find out in ten year that it was a regrettable substitution.”

“But most of the firefighters aren’t aware that they shouldn’t be handling this stuff. And that’s the issue,” he continued.