George Papadopoulos, the former Trump campaign foreign policy adviser, says he is “ready” if  a federal judge sentences him to prison this Friday for lying to the FBI about his contacts with alleged Russian intelligence agents. “I am ready to face it,” he said in an interview with Law&Crime, “looking forward to moving past this chapter and into a bright future with my wife.”

With his wife, Simona Mangiante-Papadopoulos, by his side in a Chicago hotel room, the couple spent their six month wedding anniversary preparing for the prospect that instead of heading off on their delayed honeymoon, Papadopoulos could end up behind bars for what his lawyers call “a sense of unbridled loyalty” to President Donald Trump. In a court filing, his lawyers said Papadopoulos was “ashamed and remorseful” for his lies to the FBI “that raised serious national security concerns.”

His wife says she still holds out hope he will receive a Presidential pardon.  “Unless Trump is completely incoherent, no one deserves a pardon more than George,” she told Law&Crime. 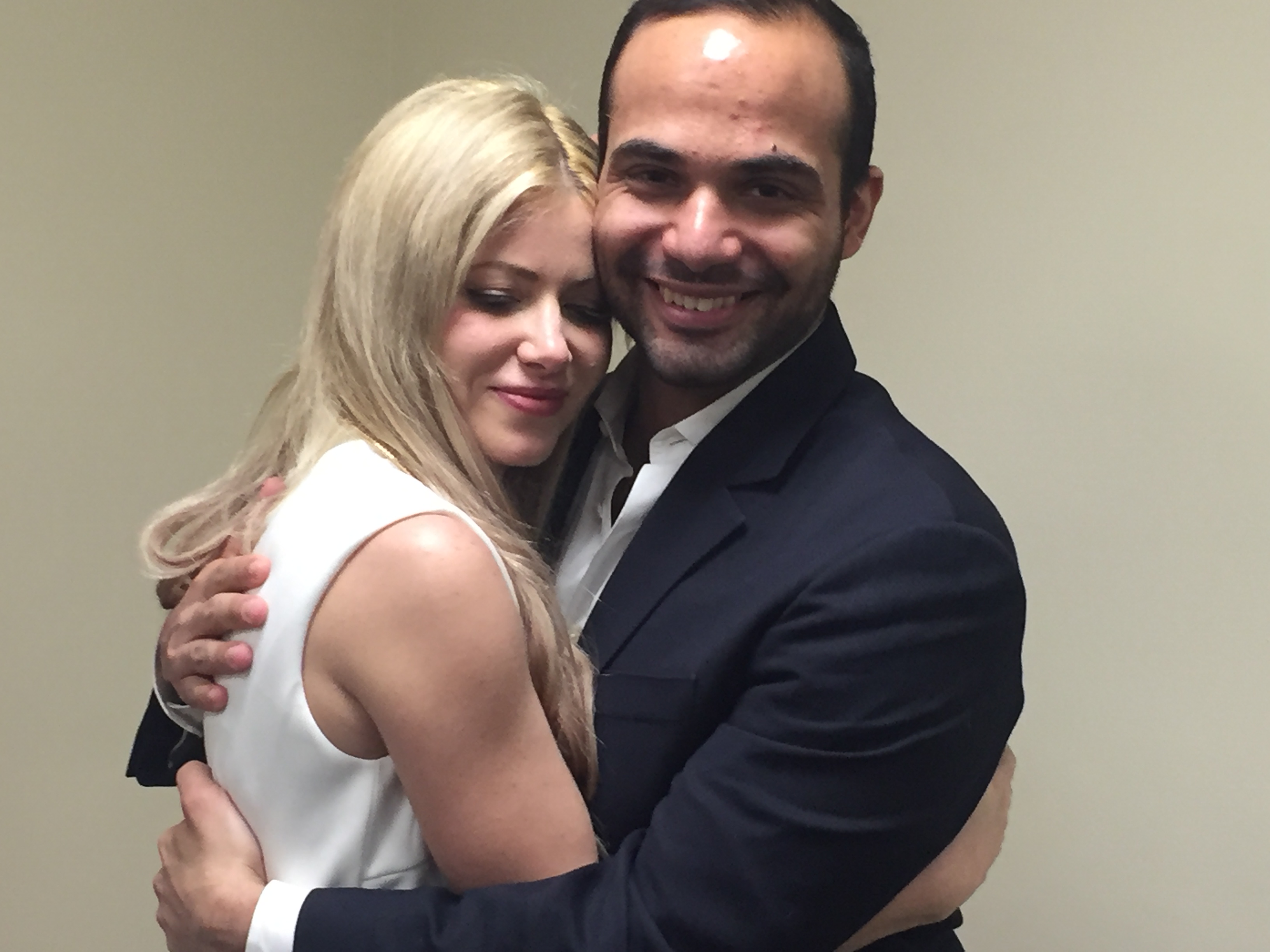 “George is particularly calm. He wants it to be over. I’m much more nervous than he is honestly. He has told me ‘I want to go there with head held high and demonstrate that I did cooperate,'”she continued.

Their hopes that Papadopoulos would avoid prison were set back when the Special Counsel’s office, in a pre-sentence memorandum, said the 31-year old Chicago native had not fully cooperated with the investigation. Prosecutors did not recommend probation and instead said Papadopoulos’ conduct called “for a sentence of incarceration” between zero and six months.

Mangiante-Papadopoulos, trained as a lawyer in Italy, originally claimed her husband would help reveal secrets of the Trump campaign as a whistleblower like former White House counsel John Dean in the Watergate era, but she changed her position once faced with the prospect her husband could spend his honeymoon in prison instead of the Greek isles.

In a flurry of appearances on cable television, Papadopoulos’ wife claimed he was the victim of government “entrapment” and embraced President Trump’s position that the Special Counsel’s investigation is a “rigged Russian witch hunt.”  She briefly threatened that Papadopoulos would withdraw his guilty plea, but later conceded he would not.

“I did fight for my husband to vacate the plea agreement and be liberated this huge injustice,” she wrote in a Twitter message. “We’ll keep fighting for the truth to expose the real crimes,” she wrote.  “Looks like Papadopoulos was set up,” said FOX News host Sean Hannity about the case.

Papadopoulos played a relatively minor role in the Trump campaign—once described as a “coffee boy”—but he played an outsized role in the Special Counsel’s investigation.  He was the first campaign aide targeted for prosecution, after allegedly passing on information he learned from Russian contacts “that individuals in Moscow possessed ‘dirt’ on candidate Hillary Clinton in the form of ‘thousands of emails,” according to court filings.

When the FBI learned of what Papadopoulos was reporting, that served as one of the triggers for its investigation of Russian attempts to influence the Presidential election.

The FBI spent more than a year tracking Papadopoulos, he says, with surveillance teams following him on gambling jaunts in the US and on an expensive vacation after the election to the Greek island of Mykonos.

Asked if he remains loyal to President Trump, Papadopoulos declined to answer.