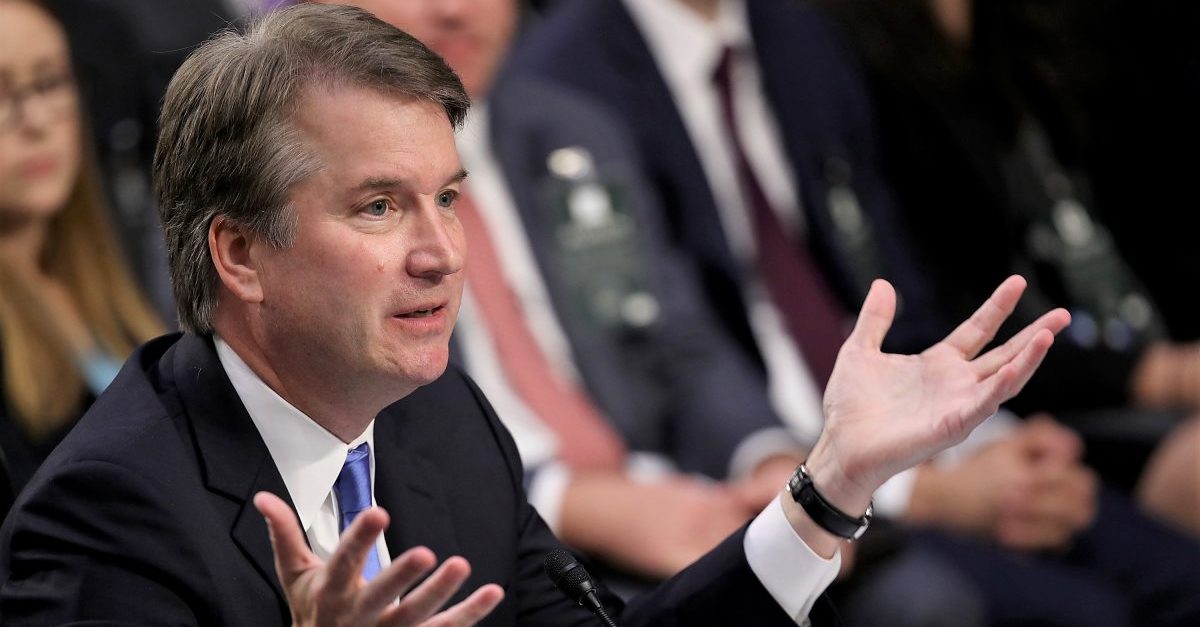 Sen. Cory Booker (D-N.J.) made a big deal about risking his Senate career for the cause of publishing a confidential document related to Supreme Court nominee Brett Kavanaugh that was barred from public view.

A number of Kavanaugh’s emails were deemed “Committee Confidential,” meaning only members of the Senate Judiciary Committee were permitted to see them, and they’re not allowed to ask Kavanaugh about them during the hearing.

Booker specifically said that he was going to release a document related to racial profiling to show that there was no good reason to keep it from the public. Indeed, he did, at risk of getting kicked out of the Senate. As it turns out, Booker may be right about whether the email thread involving Kavanaugh warranted “confidential” designation, because there’s nothing sensitive in there. At the same time, it seems odd that the Senator from New Jersey would risk his career on it, given that it has no significant information relating to Kavanaugh’s suitability to serve on the Supreme Court. What it does show, however, is a startling legal argument proposed by another member of the White House Counsel’s office.

The racial profiling issue that is discussed in the emails from January 2002 pertains to potential security measures after September 11. Discussions referred to both a general policy, as well as an interim strategy for what to do until a broader policy would be implemented. Kavanaugh made it very clear that his preference was to have “effective security measures that are race-neutral.” White House Counsel associate Helgard Walker also seemed to be of that mind, but that didn’t stop her from at least suggesting the possibility of proposing a strategy that included racial profiling, and she said it could be justified by the Supreme Court decision that permitted Japanese internment camps during World War II.

The suggestion came towards the end of an email where Walker said her belief was that the White House needed to consider race-neutral policies, and that such measures could potentially be more effective than race-based ones.

“Another school of thought,” she then said, “is that if the use of race renders security measures more effective, than [sic] perhaps we should be using it in the interest of safety, now and in the long term, and that such action may be legal under cases such as Korematsu.”

Walker, who served in the White House Counsel’s office from 2001 to 2003, is now a partner at the law firm Gibson Dunn. Law&Crime reached out to her for comment.

Korematsu is widely regarded as a low point in the Supreme Court’s history, and was denounced in Chief Justice John Roberts‘ opinion in Trump v. Hawaii, the case over President Donald Trump‘s travel ban.

“Korematsu was gravely wrong the day it was decided, has been overruled in the court of history, and—to be clear—’has no place in law under the Constitution,'” Roberts wrote.

Despite Walker’s–and Kavanaugh’s–stated preference for not employing racial profiling, the mere mention of Korematsu may have been why officials would want it kept away from the public. Still, it does not appear to justify a confidential designation.