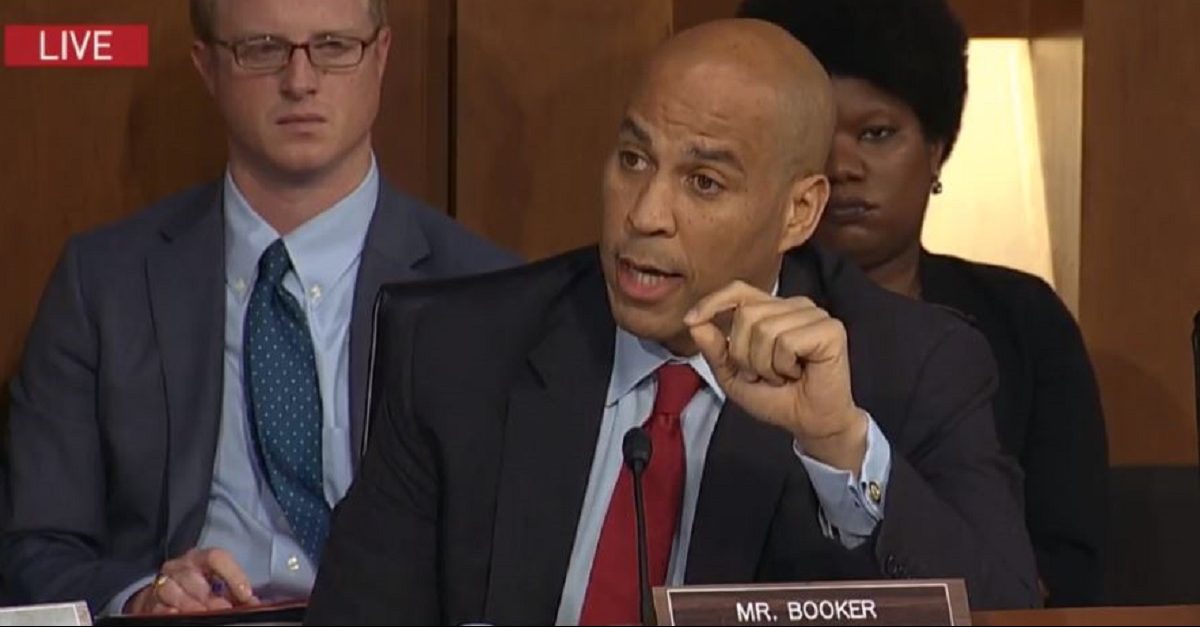 Senator Cory Booker (D-New Jersey) made a bold proclamation on Thursday at Brett Kavanaugh‘s Supreme Court confirmation hearing. At issue was a number of documents released to the members of the Senate Judiciary Committee that were marked “Committee Confidential,” meaning they cannot be released to the public, and Senators cannot ask Kavanaugh about them during the hearing. Booker said he would release one of these emails himself, knowing full well it could ruin his Senate career.

Booker complained that there was no reason for these documents to be considered confidential, because they don’t contain sensitive information or anything dealing with national security. What they do contain, he said, is information that sheds light on the nominee’s views on relevant topics such as racial profiling.

A New York Times article revealed some of these emails. The Times did not reveal their source, but Booker stated that he would release one document, even though it would be in violation of Senate Judiciary Committee rules.

“I am right now before your process is finished, I’m going to release the email about racial profiling, and I understand that the penalty comes with potential ousting from the Senate.”

Booker said he is prepared to face whatever punishment awaits him because he felt it was necessary to get the information out there and expose the process that resulted in keeping it from the public in the first place.

“I openly invite and accept the consequences of my team releasing that email right now,” Booker said on the record. “And I’m releasing it to expose that the emails being withheld from the public have nothing to do with national security, nothing to jeopardize the sanctity of the ideals that I hold dear.”

Committee Chairman Charles Grassley (R-Iowa)  was not impressed with Booker’s statements, saying, “Can I ask you how long you’re going to say the same thing three or four times?”

“Running for president is no excuse for violating the rules of the Senate or of the confidentiality of the documents we are privy too,” Cornyn said.

Booker may not be alone in facing Senate discipline. Senator Mazie Hirono (D-Hawaii) also said she would releasing documents to the press.