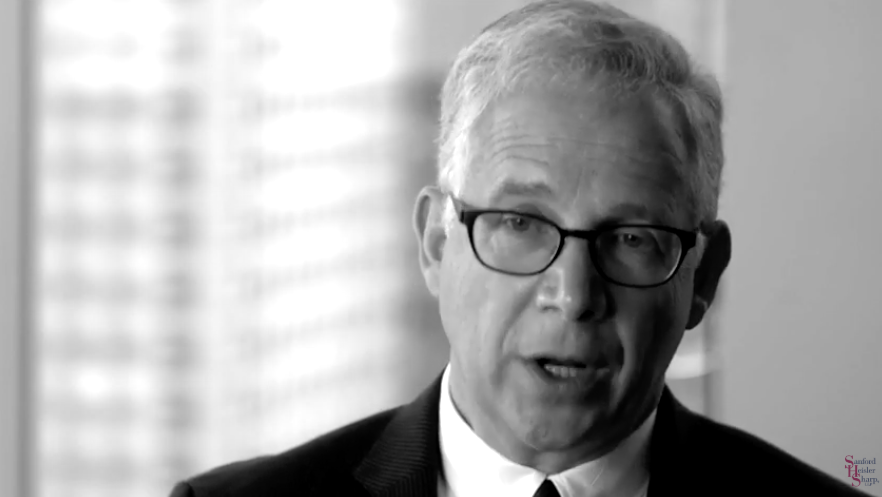 David Sanford, a prominent lawyer who has played a leading role in bringing so-called #MeToo cases against universities and major law firms, admits he once faced his own allegation of misconduct while working as a professor at Williams College, under a different name than Sanford.

Sanford told Law&Crime he “did nothing inappropriate” and says no action was taken against him by the school. But several former students claim differently, with one likening her former professor to an “unscrupulous predator.” A spokesperson for Williams College declined to comment.

At the time, in 1989-91, Sanford was an assistant professor of philosophy at Williams and went by the name of David Weissbord. After leaving Williams, he legally changed his name to David Sanford and enrolled at Stanford Law School, from which he graduated in 1995. Sanford told Law&Crime he changed his name for “private, family reasons,” that were not related to the allegation made against him by a female student at Williams. 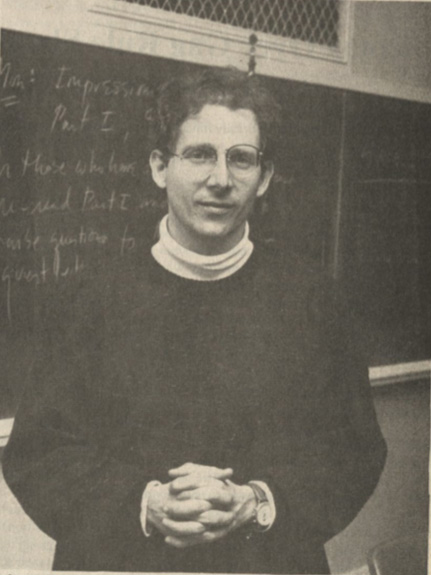 Picture of David Sanford from 1991 “The Williams Record” when he went by the name of David Weissbord. He was a professor of philosophy at Williams College.

The issue of faculty-student romantic relationships became a much-discussed topic while Weissbord/Sanford was at Williams, according to several reports in the college newspaper, the Williams Record. Such relationships were apparently not prohibited at the time, although the school says they are now.

One of his former students claimed to Law&Crime that she had a months-long, consensual sexual relationship with then-Professor Weissbord in 1989, and three other former students confirmed she confided in them about the alleged relationship at the time. They asked that their names not be used.

A Williams professor who says she was asked to handle the issue, says she too recalls the allegation against Weissbord from one of his students who claimed she had been involved in a sexual relationship with him.

“There was a whole to-do involving several professors and one was David Weissbord. Once we started to investigate we held an open gathering and this prompted the college to take action. I was asked to be the person the women could talk to,” the professor told Law&Crime in a telephone interview.  She asked that her name not be used because she was not authorized by the college to speak publicly.

What the former student told Law&Crime about Sanford/Weissbord “is correct to the best of my knowledge,” the professor wrote in a follow-up e-mail.

The former student, who asked that her name not be used, says she never filed a formal complaint against Sanford/Weissbord but felt that he had taken advantage of her as a professor.  She said that she sent a letter to Sanford, through his firm’s public relations agency, saying, “We embarked, as you remember, on a sexual relationship at that time while I was under your tutelage.”

“I said then, and still say that professors who get involved with undergraduate students, especially their own students, who are sexually inexperienced and say so, and who are susceptible to romanticizing the powerful dynamics that have always existed between student and teachers, are simply unscrupulous predators,” she wrote to Sanford.

In a statement to Law&Crime, Sanford said, “I categorically deny that and any other allegation of misconduct.”

He said, “three professors were fired for misconduct relating to female students,” but that he was not one of them.

The only complaint brought against him, he said, involved another student “who said that I sat too close to her in a dorm cafeteria.” Sanford said he “remained at Williams for three years after the single complaint and then left to attend Stanford Law School.”

The former student, recalling Sanford/Weissbord’s role as a trained philosopher who wrote his thesis on ethics, wrote “one would think you would not only have behaved better at the time, but would now acknowledge your wrongdoing, especially now that you are pretending to make campuses ‘safe’ from the very likes of you.”

And she added her own complaints about the “unsavory” reporters at Law&Crime who were looking into her story, saying they had made her “sound hysterical, which is far from the truth.”

Sanford rose to prominence as the founding and managing partner of his firm, Sanford Heisler Sharp, LLP.  The firm has handled a number of high-profile lawsuits on issues of gender discrimination and sexual misconduct, including allegations involving faculty and students involved in intimate relationships.

Last year, the firm brought a lawsuit last year against Columbia University and a former dean of students, alleging the dean “used his power and influence to coerce” an unnamed graduate student into an “inappropriate sexual and romantic relationship,” according to a firm news release.  The lawsuit seeks $50 million in damages.

Also last year, Sanford was named by the American Lawyer magazine as one of its finalists for Lawyer of the Year, cited as a “force for equality.”

According to Sanford, his firm has recovered hundreds of millions of dollars for his clients over the years. “There are very few firms in the country that do what we do and fewer still that are nearly as successful,” Sanford says in a promotional video on the law firm’s website.