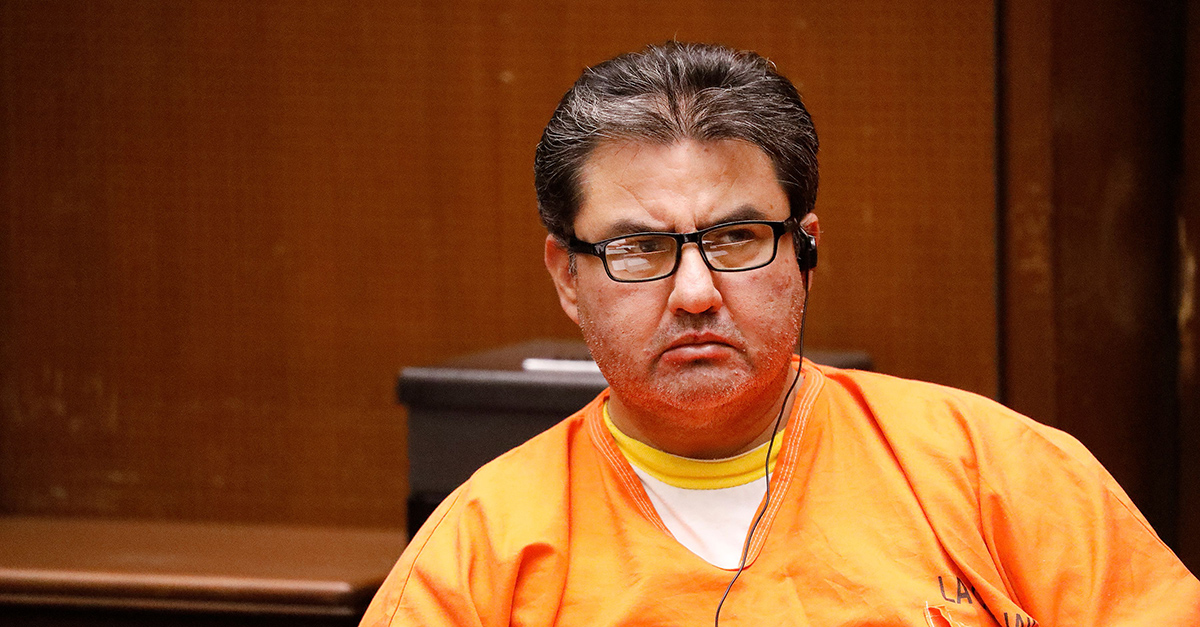 California prosecutors said Thursday that they intend to “pursue” sex trafficking and child rape charges against Nasson Joaquin Garcia, the leader of an international megachurch, despite a court ruling this week that ordered the dismissal of the counts.

“To be clear, the case is still pending,” a spokesperson told Law&Crime in a statement. “The decision did not address the merits of the case and does not limit our ability to pursue it further, which we fully intend to do.”

Garcia, the “Apostle” of the Light of the World Church, remains in custody in Los Angeles after his arrest last year on 29 felony counts including human trafficking, production of child pornography, and forcible rape of a minor.

Garcia has denied any wrongdoing, and his lawyer, Alan Jackson, said he and his client are “thrilled” by the court ruling which ordered the case dismissed.

“In their zeal to secure a conviction at any cost, the [authorities] have sought to strip Mr. Garcia of his freedom without due process by locking him up without bail on the basis of unsubstantiated accusations by unnamed accusers and by denying him his day in court,” Jackson said in a statement.

Garcia waived his right to a speedy trial after his initial arrest. However, he did not waive that right when prosecutors filed three additional charges against him through an amended complaint. Garcia’s trial judge ruled that his original waiver covered the new charges, but a panel of three judges sitting on the Second District of the California Court of Appeals disagreed. Garcia “was entitled to a preliminary hearing within the statutory period applicable to the amended complaint,” the appeals court judges said in a 33-page Wednesday ruling.

The California Attorney General’s spokesperson said, “the appellate decision is not final for 30 days from when it was issued and the defendant is still in custody.”

Church leaders had steadfastly defended Garcia and urged members to pray for the prosecutors.

“We are not to point fingers or accuse anyone, we must practice the Christian values that identify us, such as patience, prudence, respect and love of God,” they said in a statement.

The details of the case outlined by California Attorney General Xavier Becerra painted the picture of a church leader who used his power to recruit and abuse young women for years, allegedly telling victims “that if they went against any of his desires or wishes as the ‘Apostle’ that they were going against God.”

“Crimes like these have no place in our society. Period,” the attorney general said.

All of the acts allegedly took place in southern California, where the young girls and Garcia all lived.

Earlier this year, Garcia and the church faced a civil lawsuit brought by a woman who said she had been recruited at the age of nine and became a “sex slave” for Garcia and, earlier, his father.

Sochil Martin told Law&Crime she was then coerced into helping to recruit other young women and participated in the taping of lurid sex scenes involving the teens and Garcia.

The Light of the World Church, also known as La Luz del Mundo, was founded in Mexico but has since established churches in all 50 American states. It claims to have five million members worldwide.

Garcia, as the “Apostle,” is seen as Jesus on Earth by his followers.