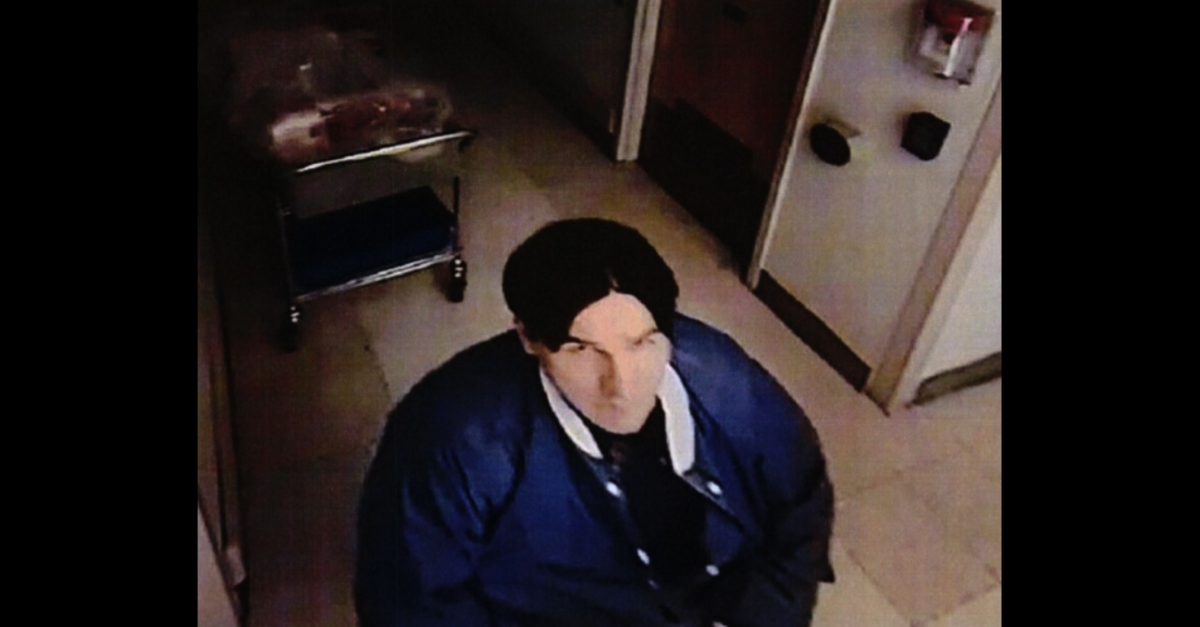 A man has been accused of stealing at least 200 surgical masks from a Veterans Affairs medical center in Reno, Nevada. Peter Lucas, 35, is charged with a single charge of theft, according to The Department of Justice.

The defendant swiped four boxes of surgical masks from the Ioannis A. Lougaris Veterans’ Administration Medical Center, prosecutors said. The facility had initiated a “lock down posture” on March 17, as their response to the novel coronavirus (COVID-19) pandemic, wrote an investigator in the criminal complaint.

“The medical center notified all employees, through emails and posted signs, access to the hospital was restricted to three specific ingress and egress points,” investigators said.

Well, on March 23, an official at the medical facility told a VA police sergeant he was investigating someone who set off an electronic forced door alarm. That incident occurred on March 19. Surveillance footage captured a man entering and leaving the main entrance of building 10. That door was supposed to be locked, however. That investigator saw the suspect appearing to take stuff from a cart and hiding it on his person, according to the criminal complaint.

That man was later identified as Lucas. All told, the defendant allegedly committed the thefts on March 19 and the March 23, as purportedly indicated in surveillance footage.

Lucas admitted to the thefts after initially denying his involvement, according to the criminal complaint. The defendant allegedly claimed he did this “for a friend who also worked in the medical field,” but then changed the story. Instead, he claimed to do this so he could give those out to homeless people since masks “are not readily available to the general public.”

“Lucas denied he received any compensation for the masks,” authorities said.

There is, indeed, a huge challenge in supplying medical providers with personal protective equipment during the current pandemic, with hospitals struggling to obtain masks and other items. It’s the same program among the general public, but worse, since officials are trying to reserve medical-grade masks for doctors and health care personnel. Even Surgeon General Jerome Adams has walked back his earlier dismissal of the coronavirus threat, and has since recommended that people wear cloth coverings over their faces.

Lucas was reportedly involved in selling homemade masks. Now-removed Facebook posts had him selling product for $20 a pop, but those didn’t seem to be hospital-grade, according to The Reno Gazette Journal.

“Our military veterans served on the front lines to protect our country, and now our health professionals are doing the same in our fight against COVID-19,” said U.S. Attorney Nicholas A. Trutanich for the District of Nevada. “We will not allow the theft of personal protective equipment to go undeterred, endangering the safety of doctors, nurses, and other health professionals protecting our communities.”

The defendant’s attorney of record, federal public defender Lauren D. Gorman, declined to comment when Law&Crime reached out. Records show the defendant asserted his Fifth and Sixth Amendment rights in a filing Wednesday.