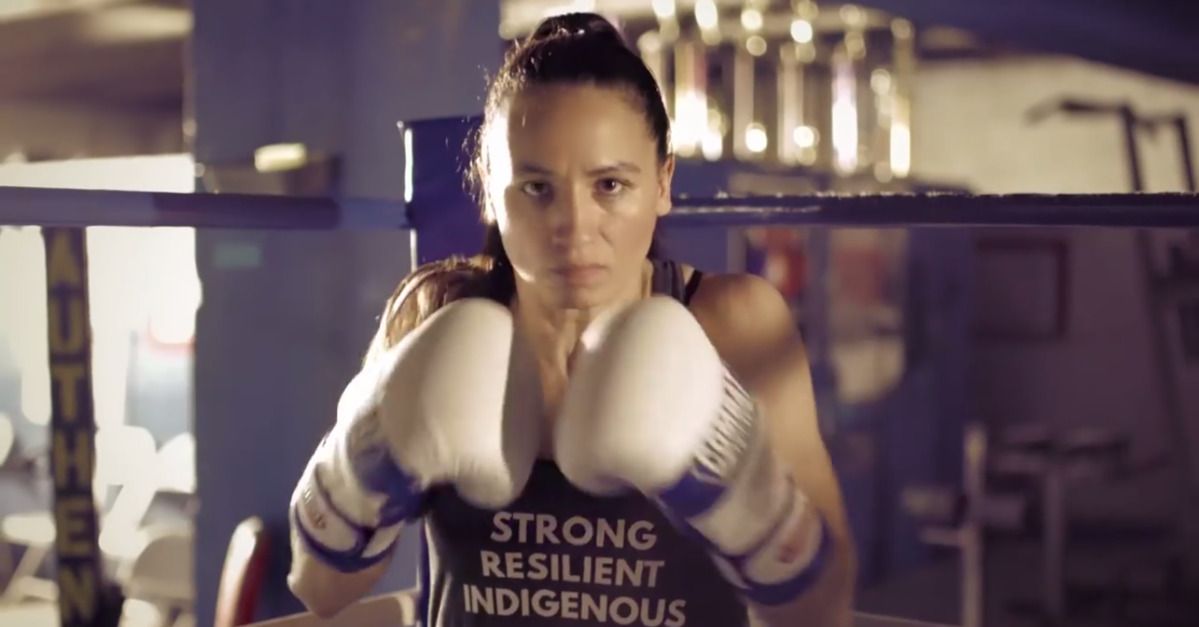 Little Ms. Pritchett- you and your comrades stealth attack on Yoder is going to blow up in your leftist face. The REAL REPUBLICANS will remember what the scum DEMONRATS tried to do to Kavanaugh in November. Your radical socialist kick boxing lesbian Indian will be sent back packing to the reservation.

Sharice Davids is the referenced candidate in question. She is currently running against incumbent GOP Representative Kevin Yoder for Kansas’ third congressional district.

While still highly contested, the race has turned Davids’ way in recent weeks since she consolidated support after narrowly edging out Bernie Sanders-endorsed labor lawyer Brent Welder in the primary race. The incumbent’s dwindling fortunes could be one reason for Kalny’s outburst.

Recent polling shows Davids, who is a lesbian and amateur mixed martial artist, with a distinct advantage in the race and the National Republican Congressional Committee recently canceled $1 million worth of advertising due to Yoder’s perceived weakness. Davids does not, however, identify as a socialist.

Kalny’s message was more or less met with scorn across the board.

“I’m stunned,” Pritchett said, in comments to the Star.

“This is the same type of rhetoric we condemn the left for,” he said. “We must be better than this.”

After a firestorm of media attention, Kalny appears to have strained his local relationships as well.

The GOP official formerly served on the board of directors for the Kansas City Barbeque Society. The group’s executive director Carolyn Wells noted that Kalny resigned for “personal reasons” in the aftermath of his commentary against Davids.

The Yoder campaign didn’t appreciate their supporter’s comments either.

In a statement provided to Law&Crime, spokesperson C.J. Grover said:

Kevin (Yoder) doesn’t believe this type of rhetoric is appropriate at all. It’s unacceptable. These kind of nasty personal attacks are all too prevalent in politics these days, and it needs to stop.

If elected, Davids would be the first openly gay lawmaker ever elected from the Sunflower State–and the first Native American woman in American history to be elected to the U.S. Congress.

[Image via screengrab/Sharice Davids for Congress]