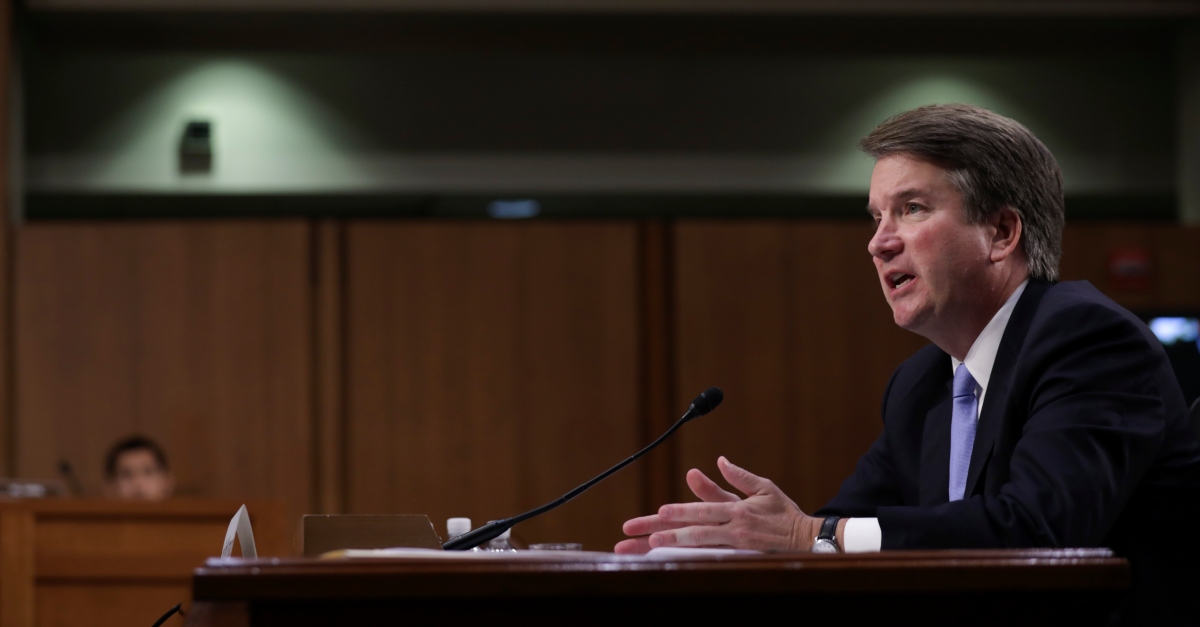 The woman who accused Brett Kavanaugh of sexual assault just stepped forward. She’s Christine Blasey Ford, a 51-year-old clinical psychology professor at Palo Alto University. In a newly published interview, The Washington Post reported that he reached out to the outlet via a tip line in early July after it was apparent that Kavanaugh was on the short-list to replace Supreme Court Justice Anthony Kennedy. She also reached out to her U.S. Rep. Anna G. Eshoo (D-California 18th District), and via the congresswoman, sent a letter to Sen. Dianne Feinstein (D-California), the ranking member of the Judiciary Committee. In her letter, she said she wanted her allegation to be kept confidential, but she said she has decided to finally speak publicly amid heightened media scrutiny, diminishing privacy, and falsehoods about her story.

“These are all the ills that I was trying to avoid,” she said. “Now I feel like my civic responsibility is outweighing my anguish and terror about retaliation.”

1. She works for Palo Alto University

Ford teachers clinical psychology graduate students with an emphasis on statistics. The WaPo article describes her as teaching in a consortium with Stanford University. She works under the name Christine Blasey.

She appears as a co-author for research papers on subjects such as stress among parents of children having a neurogenetic disorder called fragile X syndrome, how gender affects the relationship between childhood mistreatment and depression as an adult, and the prevalence of anxiety disorders among sexual minorities.

In the article, she is described as a registered Democrat, and has made what were reported as small contributions to political organizations.

3. She did not want to talk at first

WaPo said she refused to talk with them for “weeks.”

Ford, who claimed that Kavanaugh pinned her to a bed at a party decades ago while his friend Mark Judge watched, said she didn’t want to even step forward back then.

“My biggest fear was, do I look like someone just attacked me?” she said. She said she thinking that, “I’m not ever telling anyone this. This is nothing, it didn’t happen, and he didn’t rape me.”

After telling Eshoo’s office, she lawyered up with attorney Debra Katz, who recommended that Ford take a lie detector test. It was administered by a former FBI agent, and she passed, according to the results shown to WaPo.

In spite of passing a lie detector test, she decided in August not to step out publicly, citing the effect stepping forward would have on her and her family.

Kavanaugh and Judge have denied the allegation.