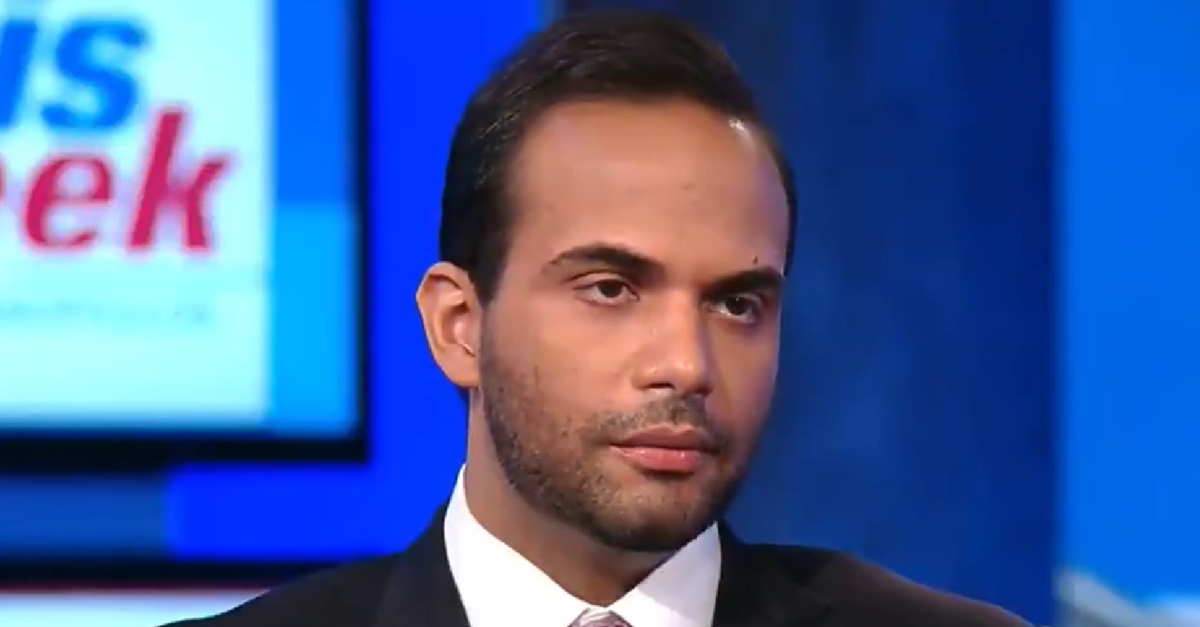 There is a lot to come

Well, last time he wrote something cryptic on Twitter, it was just a couple of weeks before his sentencing for lying to the FBI.

Been a hell of a year. Decisions.

Caroline Polisi, who is representing Papadopoulos in his criminal case and the lawsuit filed by the Democratic National Committee in the Southern District of New York, declined to comment on the new cryptic tweet. (Polisi has hosted for the Law&Crime Network.)

Papadopoulos was sentenced to 14 days in jail for lying to the FBI. He said he lied to the FBI about conversations he had with a professor with links to the Kremlin about possible dirt on Hillary Clinton, because he worried that the information implicated the newly sworn-in President Donald Trump.

“I found myself pinned between the Department of Justice and the sitting president,” he said on This Week last Sunday.

Papadopoulos also appeared in an interview with CNN’s Jake Tapper, and said he didn’t remember if he told anyone in the campaign about that information. He did tell the campaign in March 2016 he could set up a meeting between then-candidate Trump and Russian president Vladimir Putin. He said Trump deferred to then-Senator Jeff Sessions. He described Sessions as “enthusiastic.”

This contradicted Sessions’ testimony in November, when he said he rejected Papadopoulos’ offer.

“My recollection differs from Jeff Sessions’,” Papadopoulos said on This Week.