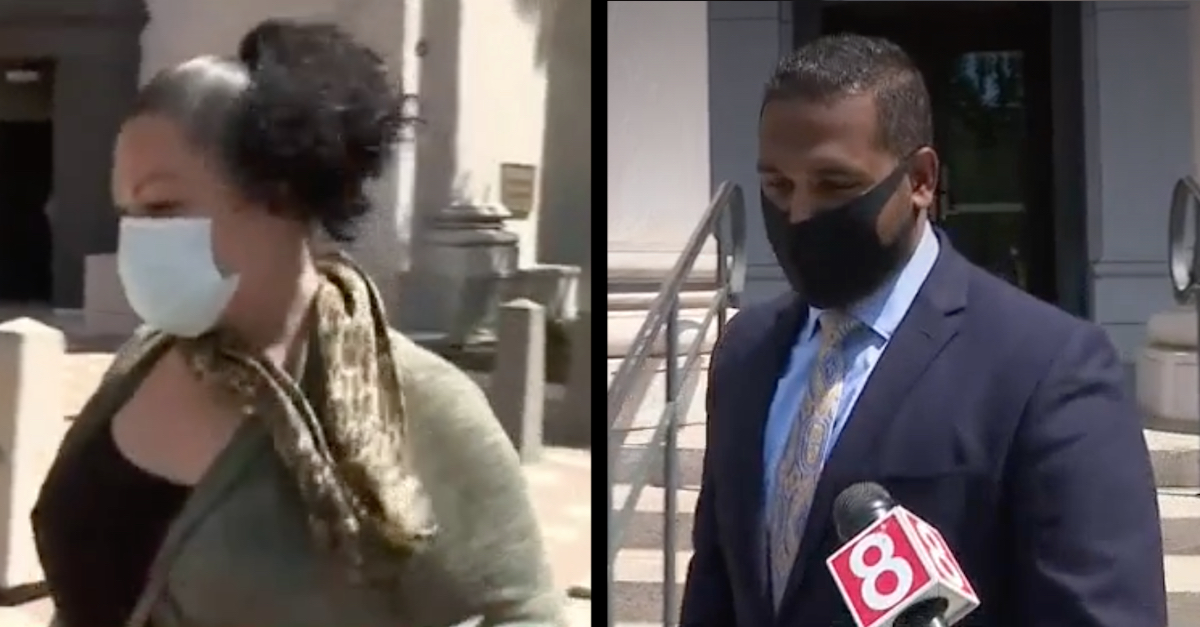 The DOJ says Bradley and Martinez “conspired to defraud” the State of Connecticut, the state’s election commission, and a taxpayer-supported election war chest.  Candidates in the Nutmeg State can apply to the state’s election commission “for grants to fund their primary and general election campaigns.”  But the DOJ says Bradley and Martinez held a fundraising event at a Bridgeport restaurant and “then engaged in a scheme to trick [the state] into awarding his campaign undeserved . . . grants by making misrepresentations and omissions to disguise the nature of that event.”

The DOJ is characterizing the event in question as a campaign event — but Bradley claimed it was a “Thank You Party” for “friend and clients” of his law firm.

Among the allegations is that Bradley spent $5,597.31 on the event, well in excess of a $2,000 cap on personal campaign expenditures the DOJ says is contained in the rules candidates must follow if they wish to secure taxpayer financing for their political ambitions.

According to federal prosecutors, the Connecticut State Election Enforcement Commission (SEEC) doled out $84,140 “in public funds” to support Bradley’s campaign based in part “on the false and misleading information contained in Bradley’s filings.”

The DOJ says the alleged scheme unraveled when a citizen complaint spurred a probe.

Bradley allegedly doubled down and said everything was up to snuff.  As prosecutors allege:

On August 21, 2018, Bradley emailed a letter to SEEC in which he denied all the allegations in the citizen complaint as “frivolous and manipulative.” In that letter, Bradley falsely stated, “On March 15, 2018, [his law firm] hosted a Client Appreciation event at Dolphin’s Cove restaurant . . . [t]his was in no shape or form a political event . . . [i]n fact, we did not collect any donations at this event and have no donations dated 03/15/2018.”

The DOJ says other alleged lies piled up after the primary and before the general election.

“Candidates for public office must be held to a high standard of conduct, especially when they apply for public funds for their campaigns,” said Acting U.S. Attorney Leonard C Boyle. “It is alleged that these defendants not only broke the rules at the outset of Mr. Bradley’s first campaign for the State Senate, but then engaged in an extensive cover up to conceal their illegal behavior and to receive additional public funds. The U.S. Attorney’s Office and our FBI partners are committed to holding public officials to account.”

The television station used the occasion of the Bradley and Martinez indictments to recap several years of legal woes for other politicians and public servants in Bridgeport, which is Connecticut’s largest city. Former Bridgeport Police Chief Armando “A.J.” Perez is spending one year in jail for rigging an exam to ensure he would become chief. David Dunn, the city’s personnel director, is serving time for helping Perez. Bridgeport Mayor Joe Ganim served time in federal prison on corruption charges, got out of prison, ran for re-election, and won his old job back in 2015 despite his conviction.

Hartford CBS affiliate WFSB-TV said “no one was talking publicly” about the indictment at the state capitol but noted that there had been “speculation and rumor for months” that Bradley was under investigation.

Gov. Ned Lamont, a fellow Democrat, told WFSB that he was aware of the indictment and was “supportive” of the decision of the senate president to strip Bradley of his committee assignments.

Bradley represents the state’s 23rd senate district centered upon downtown Bridgeport. He has held that office since 2018 — the year of the alleged campaign activities now facing scrutiny.

Bradley and Martinez pleaded not guilty. They are free on bond.