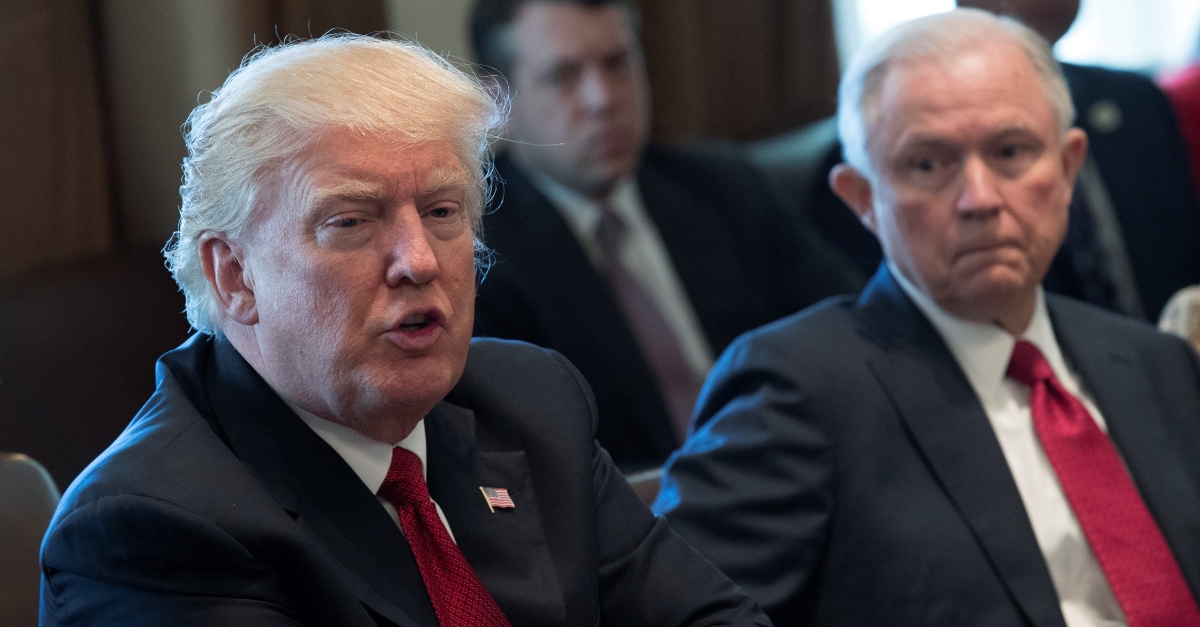 Donald Trump‘s public relationship with former Attorney General Jeff Sessions remains as bad as ever. He said Sunday that if he could do one thing differently as president, it would be that he wouldn’t have nominated Sessions to become chief federal lawman.

When asked what his one “do-over” would be as president, Trump exclusively tells @ChuckTodd that “it would be personnel. … I would not have appointed Jeff Sessions to be attorney general.” #MTP #IfItsSunday

It’s one thing for a president to butt heads with a cabinet member. It’s another thing for that POTUS to dump on that cabinet member publicly. At this point, it has gone on for over two years.

This all stems from Sessions’ decision to recuse from the Russia investigation. Trump wanted to him to stay on.

The president lashed out over this in private meetings, and it got so bad that Sessions offered to resign, according to sources in a ABC News report from June 6, 2017.

Shortly after, Trump confirmed with The New York Times that he thought Sessions shouldn’t have recused from the Russia investigation.

“Sessions should have never recused himself, and if he was going to recuse himself, he should have told me before he took the job and I would have picked somebody else,” he said back in July 2017.

The president even took to jabbing Sessions on Twitter.

The Russian Witch Hunt Hoax continues, all because Jeff Sessions didn’t tell me he was going to recuse himself…I would have quickly picked someone else. So much time and money wasted, so many lives ruined…and Sessions knew better than most that there was No Collusion!

Sessions stepped down as Attorney General on Nov. 7, 2018.