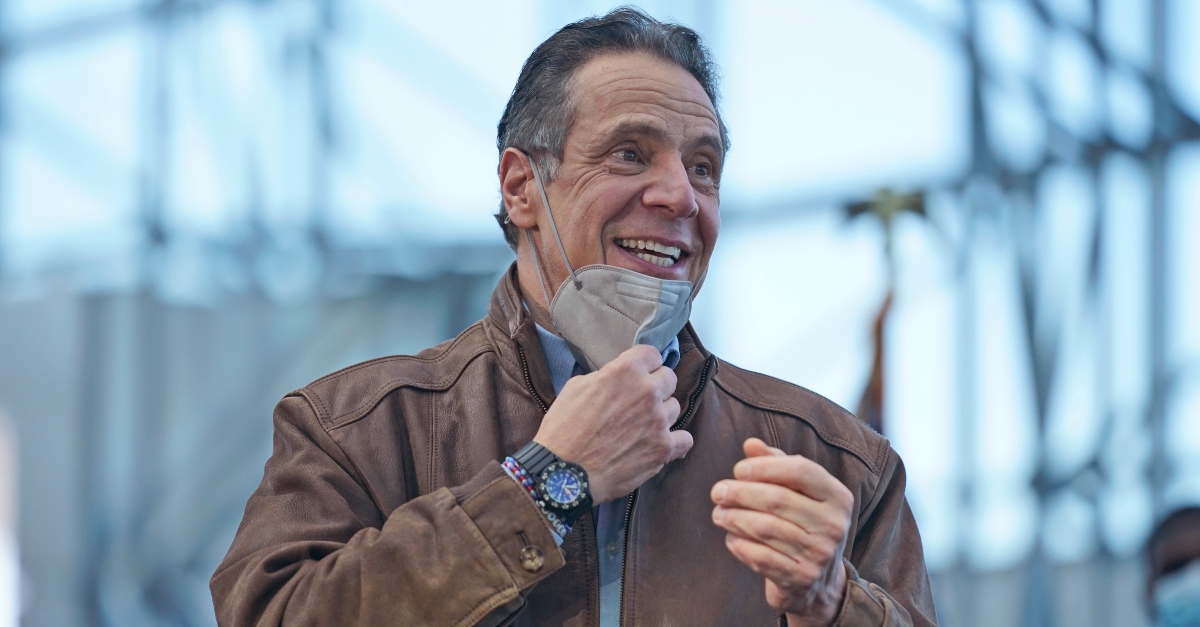 A Democratic county executive in New York voiced concern about Larry Schwartz, who runs the state’s COVID-19 vaccine distribution, recently calling to ask about loyalty for Gov. Andrew Cuomo (D) amid sexual harassment claims, according to The Washington Post on Sunday. The suggestion is that Schwartz was lowkey using the vaccine as leverage to support.

This official, speaking on background, was one of several county officials called by Schwatz, who was measuring their support for the embattled politician. Now this person announced filing a notice of an impending ethics complaint with the state attorney general’s public integrity unit on Friday. The executive voiced concern that the county’s vaccine supply could hurt if Schwartz did not like the answers to his questions about Cuomo.

There was no overt threat, said the executive, but the feeling of an implication.

“There was a lot going through my mind,” the executive said. “This is putting me in an impossible position where I potentially have to choose between like a weird political loyalty to a governor who controls a lot of things, not just vaccine, and is known to be vindictive, and on the other side, doses of lifesaving vaccine every week for my residents who are literally desperate for them.”

The office of the New York state attorney general did not immediately respond to a Law&Crime request for comment.

Schwartz told the Post that he called county executives, but not as part of his vaccine work. He was calling as a long-time friend of Cuomo’s.

“I did have conversations with a number of County Executives from across the State to ascertain if they were maintaining their public position that there is an ongoing investigation by the State Attorney General and that we should wait for the findings of that investigation before drawing any conclusions,” he wrote in a statement, denying wrongdoing. He asserted no one acted as if they were uncomfortable, or that they did not want to speak.

Schwartz said he never asked for executives to support the govenor, only ” if their public position of calling for an independent investigation by the Attorney General and waiting for the outcome of her report had changed.”

He said that the choice of where to put mass vaccination sites are a collective decision of the governor’s vaccine task force and outside consultants. This was “based on merit, data and facts and not politics,” he said.

Two other executives who got calls said they saw nothing sinister in it, but both acknowledged that it could be problematic to a degree.

“I didn’t feel that there was correlation between the answer I was going to give and my vaccine supply,” one said. “But I could see how maybe someone else maybe got that impression.”

The New York Times published a similar report shortly after on Sunday, citing two county executives. One of them said Schwartz called asking about their loyalty to the governor, and another Cuomo official called right after about vaccine distribution.