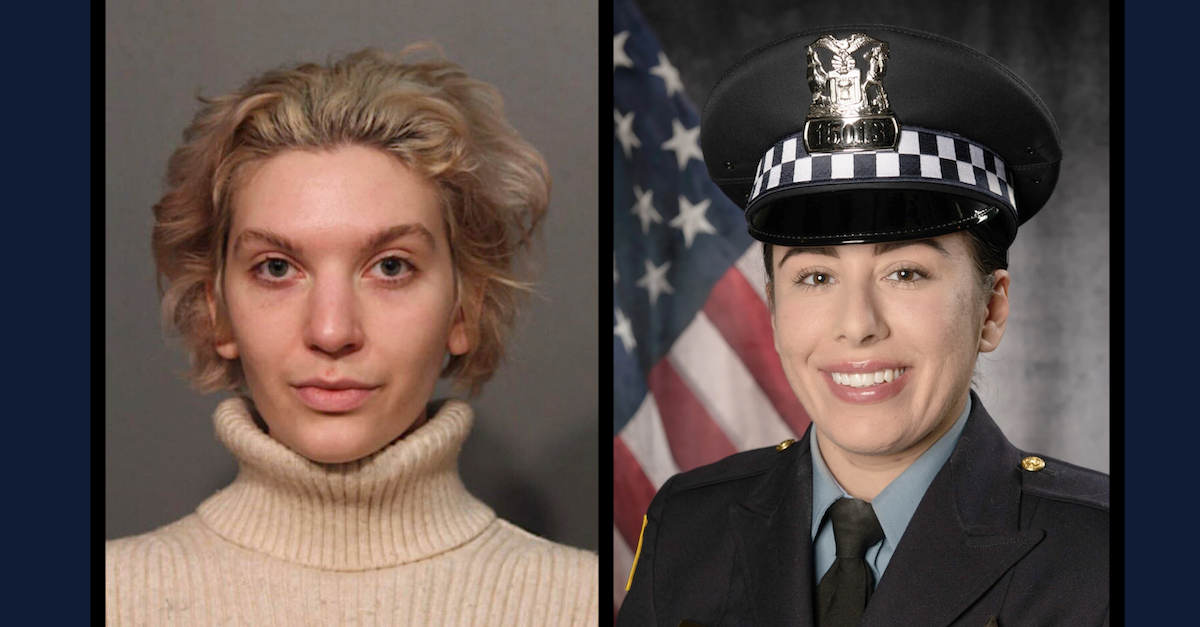 Police have arrested an Illinois woman for trashing a memorial to a Chicago police officer who died in a shootout during a traffic stop last year.

Anna Kochakian, 26, is accused of taking down a photograph of fallen officer Ella French, 29, according to the Illinois State Police in Downer’s Grove. The incident is said to have occurred on Aug. 19, 2021, at approximately 5:33 p.m., just days after French was killed.

It wasn’t until Wednesday, Feb. 9, 2022 that authorities announced that Kochakian had been arrested at her home pursuant to an arrest warrant. The state police said law enforcement agents conducted “a complete and thorough investigation” into the matter before slapping the cuffs on Kochakian.

The defendant is charged with criminal damage to property/defacement of a police memorial, which is a Class 4 felony in Illionis. The relevant statute criminalizes the damage of myriad types of property, but it lays out a specific penalty for “knowingly damag[ing] any property . . . which memorializes or honors an individual or group of police officers, fire fighters, members of the United States Armed Forces, National Guard, or veterans.”

“Officer French’s legacy will not be tarnished by the detestable acts committed by this offender,” Brown tweeted. “Despite the actions committed by this individual, her legacy and all she stood for continues to live on. We will #NeverForget what she did to protect Chicago.”

Brown noted that Kochakian was arrested using the handcuffs of French’s partner on the force.

The offender was arrested using the handcuffs of Officer Carlos Yanez Jr., her partner. This was a moment of justice for Ella, her family, the Chicago Police Department and all those who knew and loved Ella. pic.twitter.com/9RIoKIFRCG

Yanez was wounded in the shooting which claimed French’s life, the state police added. He suffered two gunshot wounds to the head and may be permanently disabled, the New York Post noted.

Kochakian is scheduled for a bond hearing on Thursday, Feb. 10.

Chicago CBS affiliate WBBM-TV reported that the incident appears to include videos from social media accounts that have since been deleted. Several conservative and pro-law-enforcement websites have attributed the videos to Kochakian, though the authorities did not mention the recordings when announcing the defendant’s arrest.

In one video described by WBBM, someone apparently tries jostling — or perhaps tries knocking over — a memorial to French but fails to do any damage. Another video cited by the television station purports to show a hand reaching toward a small roped-off blue wreath. The hand removes a photo of French and crumbles said photo while turning away from the memorial. The short video ends before anything is said and before anything else is done. 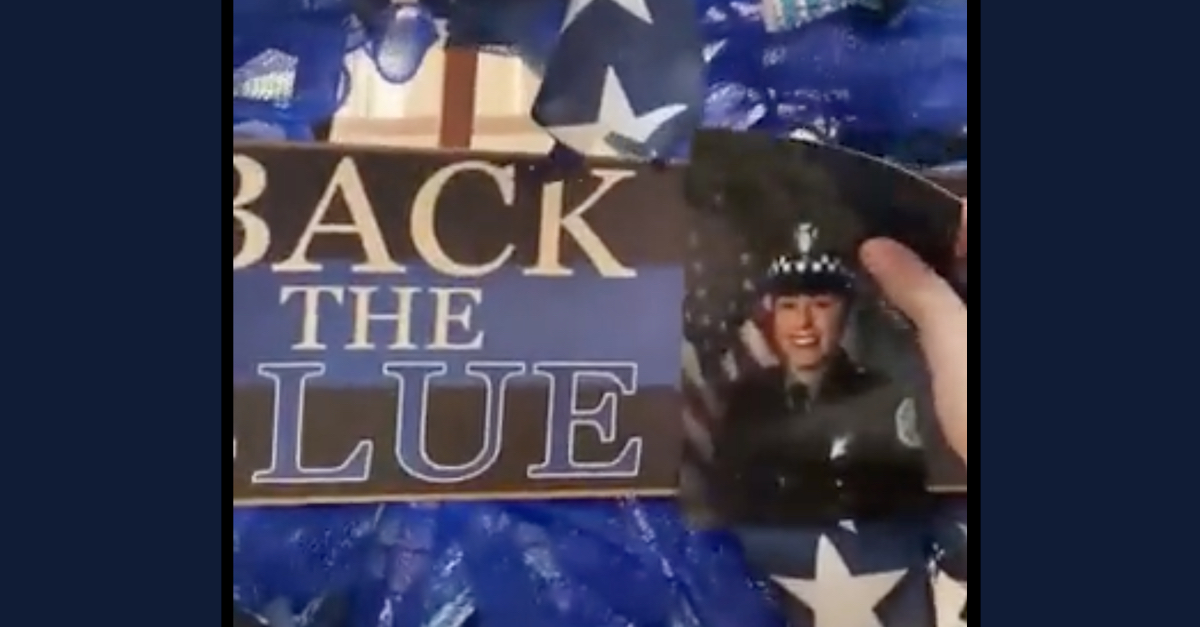 A screengrab from a Twitter video shows a hand reaching toward a photo of fallen Chicago Police Department officer Ella French before crumpling said photo.

Several screenshots of social media posts attributed to Kochakian proclaim the defendant to be a prison abolitionist, a “radical,” and an “anarcho communist political education nerd,” though the websites that connected the posts to the defendant admitted that the usernames of the accounts changed several times before ultimately being taken down.

The posts have nonetheless been widely shared online.

Defendant Monty Morgan, 21, allegedly admitted shooting and killing French, who died on Aug. 7, 2021, the Associated Press reported last summer. Morgan is charged with first-degree murder of a peace officer. His brother, Eric Morgan, 22, was said to have been driving the car; he faces weapons charges and is also accused of obstruction of justice, the AP said.

A third officer on the scene “returned fire and struck Monty Morgan in the stomach,” the New York Post noted. That officer was also wounded.

RELATED: ‘Official Day of Mourning for Our City’: Police Officer Was Shot and Killed by Passenger During Traffic Stop, Cops Say