‘I Had the Arms of God Around Me’: Michigan Police Rescue 82-Year-Old Woman Who Was ‘Swallowing Water’ As Floods Swept Away Her Vehicle (VIDEO) 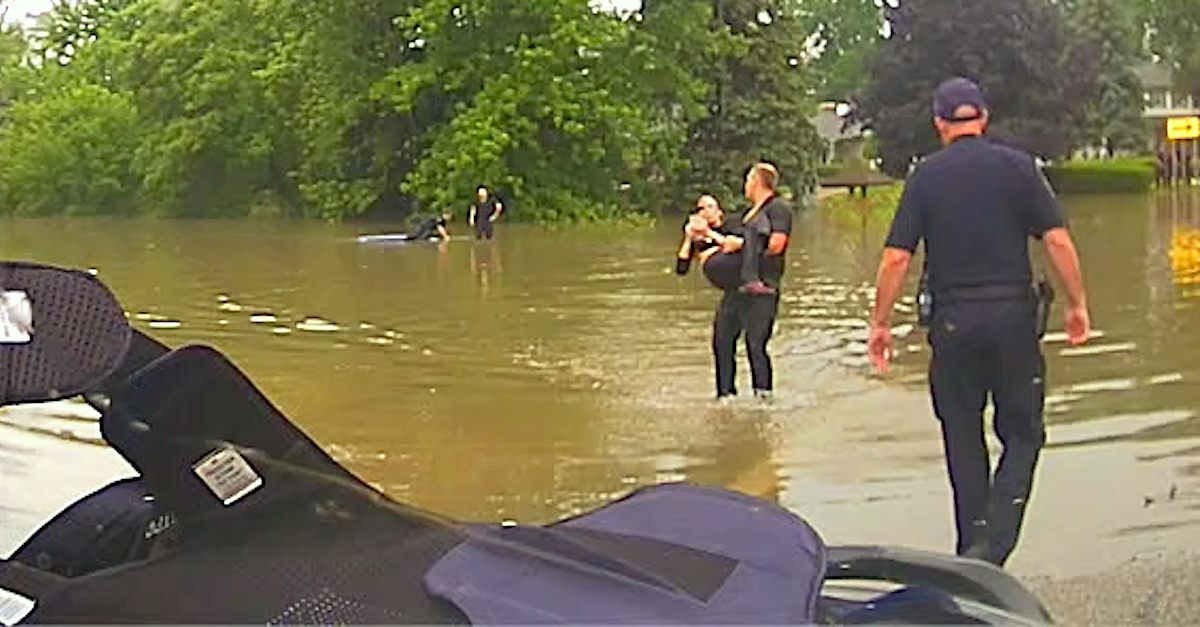 Police in Clinton Township, Mich. rescued an 82-year-old woman from her flooded vehicle, the department announced on Facebook over the weekend.

Then woman, from Leonard, Mich., “was stranded in her vehicle after it was swept from Millar Road by flood waters,” the department’s post said.  When officers arrived on the scene, they found a blue vehicle “completely submerged and still sinking in the rising water.”

Officers leapt into action — or, more specifically, into the water — as images the department shared online can attest. The police clarified that the officers who jumped into the murky waters to save the woman had removed their “duty gear” before attempting the rescue. 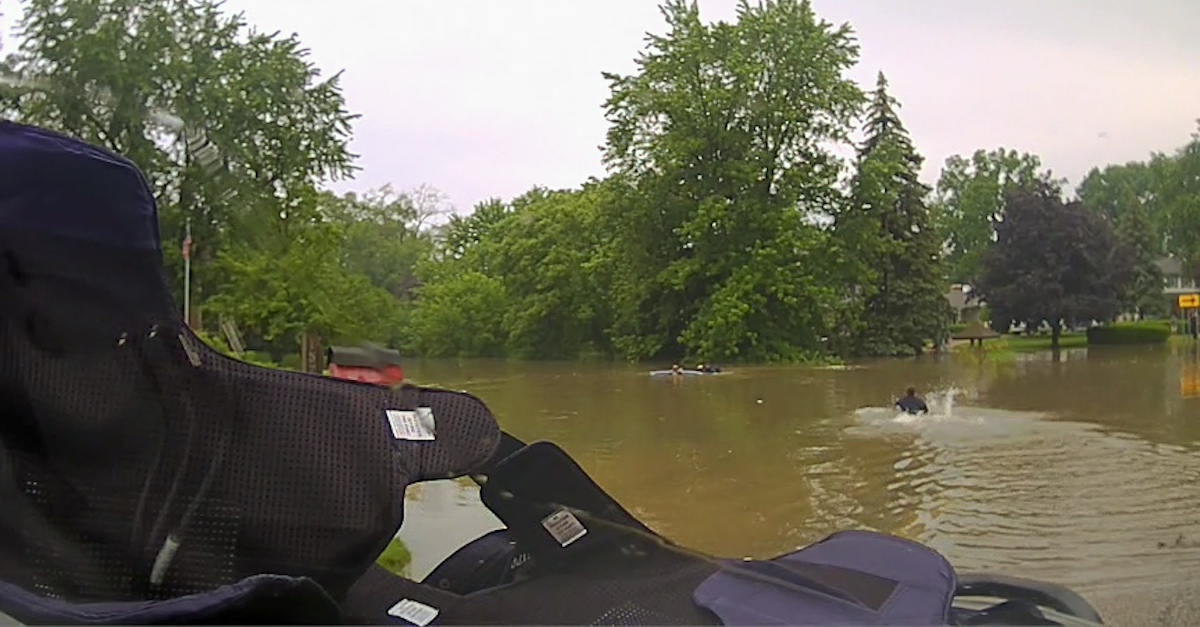 Eventually, the police department said the “vehicle became completely submerged.” By then, however, they had pulled the woman to safety.

“The woman was conscious and alert, but transported to an area hospital for observation,” the police said. 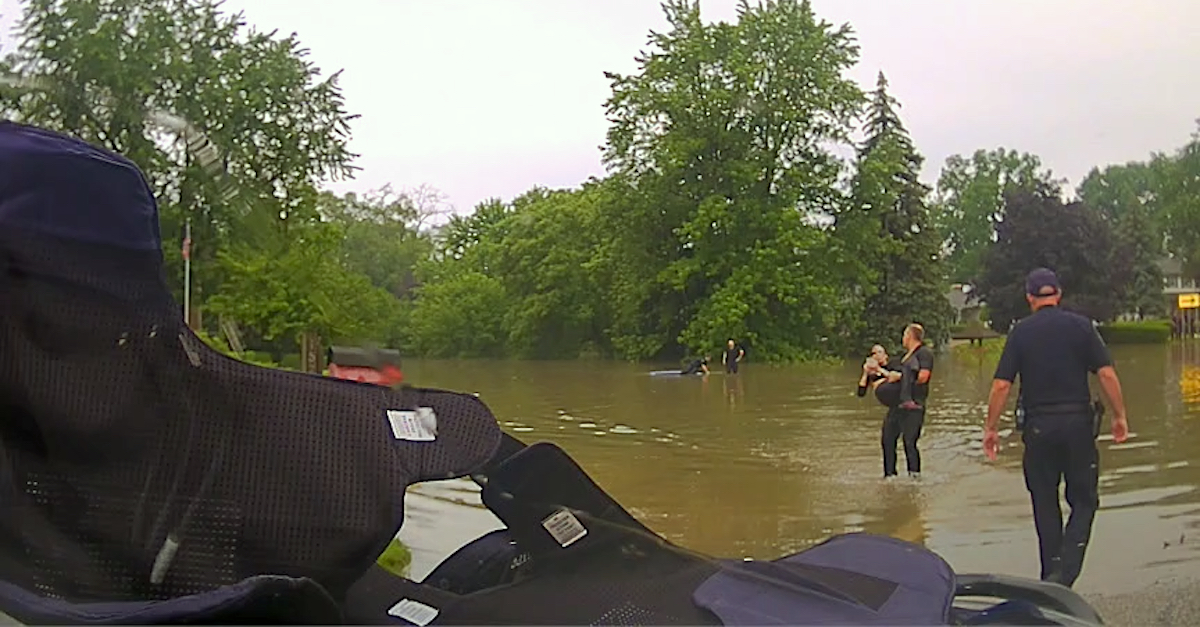 “As a reminder, NEVER drive over standing water in the roadway,” the police Facebook post concluded. “The depth and current of the water is not always apparent. A vehicle can be swept away in as little as 6” of water.”

The woman, who was identified as Joy Alexander by Detroit ABC affiliate WXYZ-TV, recalled what happened.

“I was swallowing water when they got there,” Alexander told the television station. “The police told my son-in-law that I had no more than a minute.”

That was the margin. In sixty seconds, she probably would not have made it.

Alexander described driving through what she believed to be a simple puddle of water.

“The puddle of water picked the car up, and it was like I was in an uncontrolled boat,” she said.

“It was like I had the arms of God around me,” she said of the police officers who saved her life.

Clinton Township is about thirty minutes north-northeast of Detroit.

This morning (June 26th) around 8am, Officers from the Clinton Township Police Department responded to a motorist in…