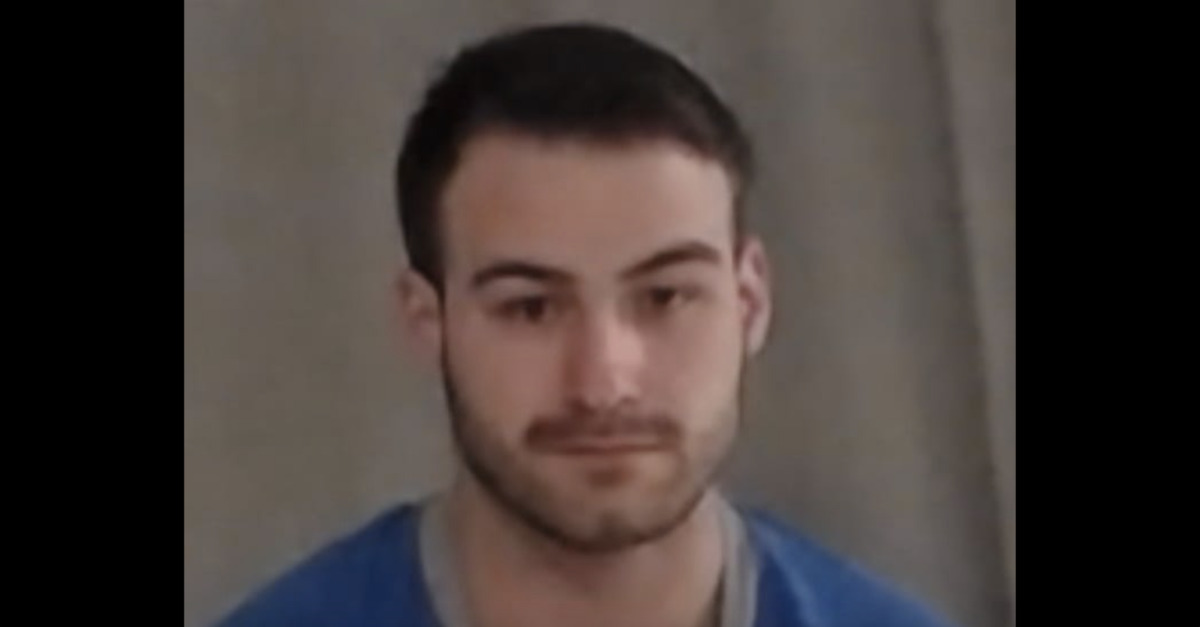 A former West Virginia police officer sexually assaulted a 16-year-old girl, set fire to a woman’s property and lied about the first crime to cover it up, federal prosecutors alleged in a civil rights complaint.

Christopher Osborne, 25, stands accused of sexually abusing the minor while depriving her of her rights under color of law in a four-count indictment.

“Osborne, while acting under color of law, penetrated Victim 1’s vulva with his penis, and made contact with Victim 1’s vulva with his mouth, all without Victim 1’s consent, thereby willfully depriving Victim 1 of liberty without due process of law,” the indictment filed in West Virginia federal court reads. “The offense included aggravated sexual abuse, attempted aggravated sexual abuse, kidnapping, and attempted kidnapping, and resulted in bodily injury to Victim 1.”

The defendant was previously charged with two sexual assault offenses by state authorities in West Virginia.

The minor told West Virginia State Police that Osborne raped her in the bunk room at the Danville Fire Department. State Troopers reviewed that footage and said it showed the defendant and the alleged victim leaving the TV room of the department together and then going into the bunk room, according to local NBC affiliate WSAZ.

“We got what we could off of our video camera system here in the station to correlate with any events that may have occurred,” Danville Fire Chief Justin Chafin told the outlet. “Gave it to the state police, handed everything over that we could to them [for] their investigation. We’ve been fully cooperative with the West Virginia State Police the entire time and we’ll continue to do so through the process.”

The Danville Fire Department immediately dismissed Osborne from his position, where he had served for nine years. Upon learning of the criminal complaint against him, his employment was also terminated by the Charleston Fire Department, where he had only worked as a probationary firefighter for a handful of months. He was also quickly suspended without pay by the Marmet Police Department.

The defendant is also accused of depriving a 49-year-old woman of her rights under color of law through arson. Prosecutors say Osborne destroying her “property and dwelling” without “lawful justification, thereby willfully depriving [her] of the right to be secure in her person, papers, and effects against unreasonable searches and seizures by one acting under color of law.”

The six-page federal indictment also alleges that Osborne “did knowingly use fire to commit a felony,” namely, the destruction of the woman’s property listed in the second count of the indictment.

Prosecutors also allege, in a fourth and final count, that the defendant engaged in misleading conduct toward investigators with the intent to hinder a federal investigation by falsely denying engaging in any sexual contact or sexual act with his 16-year-old victim.

The case is being prosecuted by Assistant U.S. Attorneys Julie M. White and Jennifer Rada Herrald along with trial attorney Kathryn E. Gilbert who works in the U.S. Department of Justice’s Civil Rights Division.

On Wednesday, the DOJ moved to have Osborne detained pending trial.

If convicted as charged, he faces a maximum sentence of life in prison.