A would-be Dairy Queen customer in Canada whipped out his “Dilly Bar” and peed on the counter of the fast-food establishment because employees told him to put on a mask. Now cops are trying to track him down.

“You do not have a brain,” said the unidentified individual wearing a backpack.

“We ask you to follow the rules,” said an employer.

“What are the rules?” he said, in the middle of a worldwide pandemic.

“We can’t sell to you without a mask,” she said.

“Why?” the man answered.

As seen on video, things escalated to the man, um, making a scene to the horror and shrieks of employees. 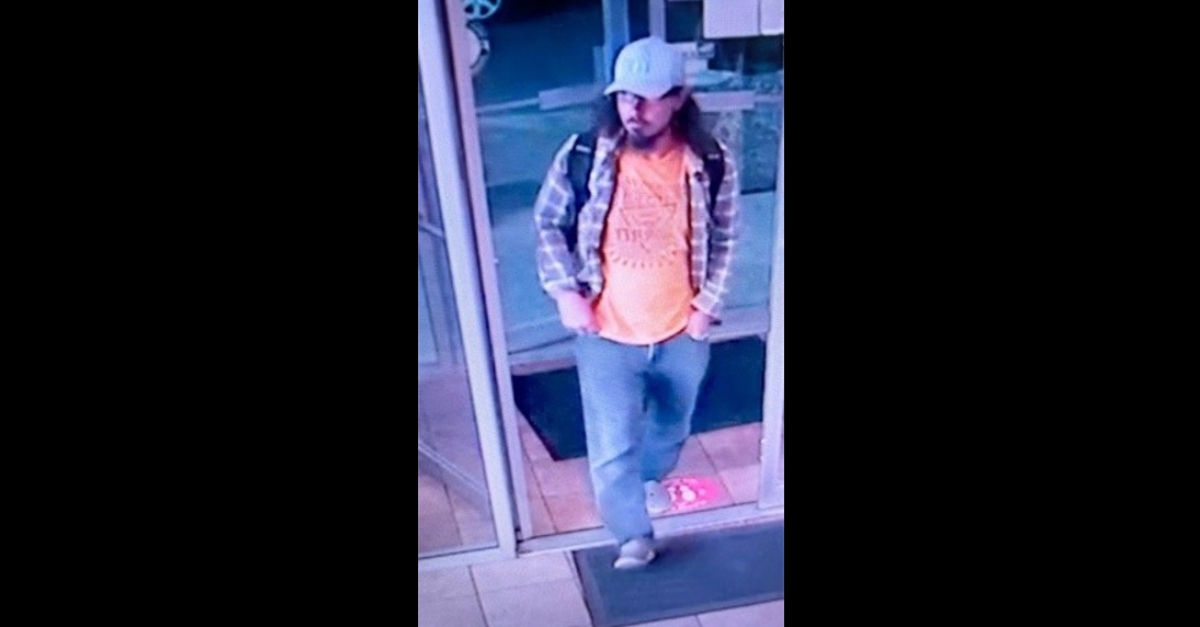 Police say this is the man who peed at a Dairy Queen.

According to cops, the man got into an argument at the front counter for not wearing a mask. Staff told him to leave, and he did, but he soon returned to pee at the counter, officers said.

“The suspect initially left the business, only to return shortly after,” said BC RCMP spokesman Sgt. Chris Manseau. “He pulled down his pants and began to urinate on the floor directly in front of the till, much to the shock and screams of staff and the customers. The Port Alberni RCMP are now releasing a photo of the suspect in hopes of identifying him.”

Nonetheless, Graham Hughes, who said his roommate posted the video, voiced empathy for the man.

“People who often make these kind of stories of their extreme behavior do have experiences of mental health issues,” he told CTV. “They do have substance use issues. Or they live in a paranoid state.”

[Screenshot via Graham Hughes by way of CTV News]