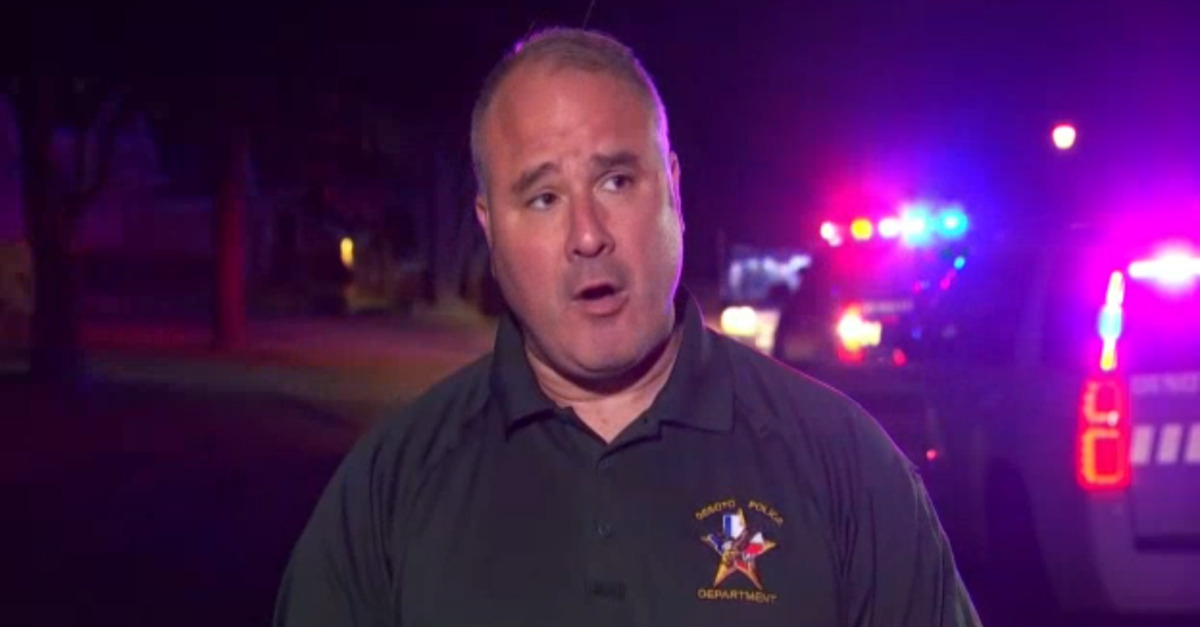 According to local NBC affiliate KXAS, the victim is an adult male in his 20s who was taken to a local hospital where he was treated for a gunshot wound to his right forearm. The man’s injury was not considered to be life-threatening, police told the outlet.

The off-duty officer personally contacted authorities after he shot his son. No arrests were made after the shooting because the incident is currently being treated as an accident.

“There are, at this point, there are no charges that have been filed–there are no arrests that have been made,” DeSoto Police Public Information Officer Pete Schulte said at a press conference Saturday. “The DeSoto Police Department has treated this like every other case that we would have and we would have handled it the exact same way. If there are any charges that are appropriate later on, they will be forwarded over to the DA’s office for them to make a decision.”

The garage door was opened. There were some doors that were locked that had not been locked when he left. It caused him to have some concern that there was something in the house and then things happened very quickly.

“We don’t fault him for not [initially] calling 911,” Schulte added. “He’s a long term veteran of the Dallas Police Department, he’s been living in DeSoto for a long time and this just happens to be one of those situations where accidents do happen.”

Schulte also told local reporter Steven Dial that the officer thought an intruder was entering the “backside near the garage of his home.”

Neither man’s name has been released so far. Authorities told local ABC affiliate WFAA the identities of those involved in the shooting would not be released until additional details were confirmed.

“We do not indicate any foul play on behalf of the Dallas Police officer,” Schulte said.

It is currently unclear whether the Dallas Police officer fired his duty weapon or some other gun. Authorities said the type of gun used in the shooting would likely not factor into their investigation.