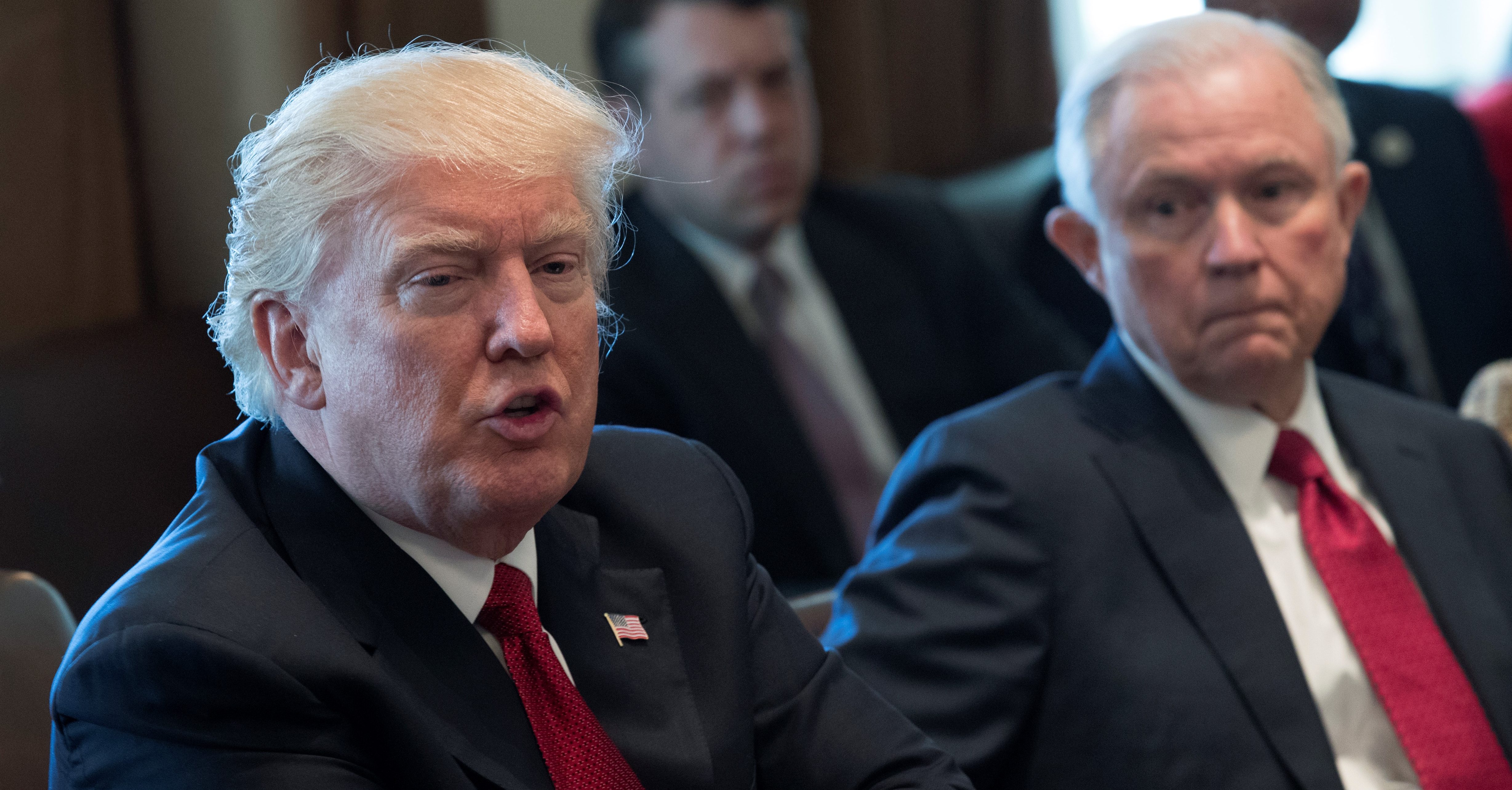 Whether or not President Donald Trump intended it just now, he created out of thin air a way to fire Attorney General Jeff Sessions that is not connected with special counsel Robert Mueller‘s Russia investigation.

The president’s wrathful response to the New York Times decision — including one-word tweets like “TREASON?” — has a new development. Trump reportedly wants his embattled attorney general to investigate the “senior official” behind the anonymous op-ed for “national security reasons.”

Why does this matter? Rumor has it that Trump wants to fire Sessions, but is waiting until after the midterm elections to do so. That makes political sense on its face, but it doesn’t solve the problem of repercussions down the line.

Although Trump’s personal attorney Rudy Giuliani boldly proclaimed Thursday night that they wouldn’t be answering any questions, oral or written, that the special counsel might want to ask about obstruction of the investigation into Russian interference, this defense strategy doesn’t make those questions go away.

Part of Mueller’s investigation could very well focus on the circumstances in which various Trump firings occurred and the motivations behind these decisions. Former FBI Director James Comey‘s firing is one example. A Sessions firing might also spark similar questions, since Sessions infamously recused himself from the Russia probe and has been a target of Trump’s ire ever since.

This is connected to the reporting that the special counsel is also looking at Trump’s tweets, those regarding Sessions included. In early August, Law&Crime reported that Trump might have made an obstruction case easy for Mueller by flat-out tweeting that Sessions “should stop this Rigged Witch Hunt right now, before it continues to stain our country any further.”

Former federal prosecutor Renato Mariotti said at the time that it was precisely tweets like that one “are among the many reasons why Mueller will conclude Trump obstructed justice.”

What Trump did Friday by demanding that Sessions investigate the Times op-ed situation is set him up to be fired for a completely unrelated reason, especially if Sessions declines to do as the president has asked.

The “national security” justification of such an investigation is tenuous at best, since no classified information was disclosed in the Times story. That is to say, this wasn’t a crime. In essence, Trump is saying internal resistance to him at the White House, expressed in this way, is a “national security” concern so grave that the top law enforcement officer in the nation must investigate.

It seems unlikely that Sessions will agree, especially if you consider that he knows he is likely going to be fired anyway. Whether Sessions does or doesn’t investigate, Trump could cite his dissatisfaction with Sessions on this matter after the fact to justify a firing.

The president can fire a member a cabinet member with or without cause. The question has always been whether Trump can survive the political backlash that would follow a Sessions firing. The same has been true of whether Trump could survive a firing of Deputy Attorney General Rod Rosenstein, who appointed Mueller as special counsel.

If the Atlantic‘s story from all the way back in April is on the money, Trump’s calculations about whether or not to fire Sessions have always been “purely political.”

A former campaign advisor would add that “If Trump makes the political calculation that he can weather the storm of firing these guys, whether it’s Sessions or Rosenstein, and shutting down the investigation, he’ll do it.”

Is the anonymous Times op-ed the kind of political fuel Trump needs to skate by on a Sessions firing? It seems to be the best of both worlds for Trump.

The reason for the firing isn’t connected to the Mueller Probe and it may also be a winning political issue for him, given the mixed response to the anonymous op-ed.