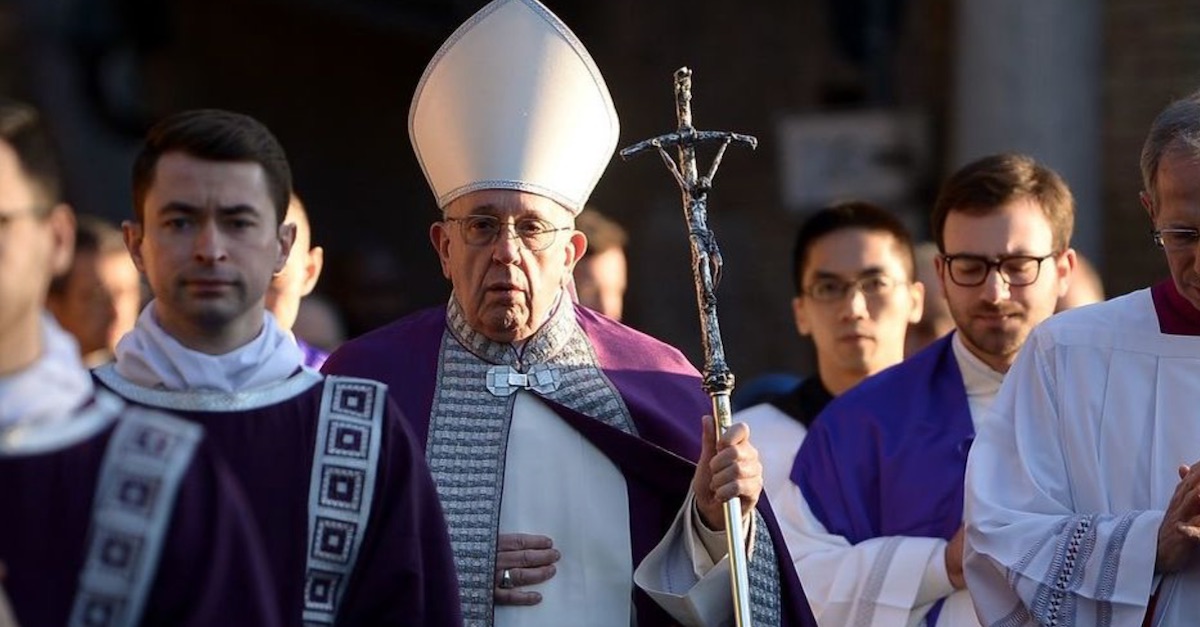 News broke on Monday about the Vatican’s response to one man’s search for answers. Vincent Doyle is the son of a Roman Catholic priest who started a support group to help other people who were the product of a globally-hushed scandal. Now, the Vatican has confirmed that not only did it know that many similar births occurred, but that it had an actual, written policy about how to handle them.

“I can confirm that these guidelines exist,” the Vatican spokesman Alessandro Gisotti told the New York Times. “It is an internal document.”

In my book, the fact that scores of priests broke their vows and had consensual sex pales in comparison to the horrifying tales of child sex abuse shaking the Catholic Church to its core. Still, there is potential for serious legal fallout stemming from the Vatican’s tacit acknowledgment that the “problem” requires an official solution. Here are just a few legal areas that are about to blow up.

Child support laws vary by state, but always have similar basics: both parents are legally obligated to financially support a child until that child is emancipated or until the parent’s rights have been legally terminated. The amount of that support is calculated as a factor of the parents’ combined income, with each parent’s share apportioned according to that parent’s income. When one parent could earn an income, but chooses not to do so, his or her financial obligation is then calculated on what that parent has potential to earn.

That raises several interesting legal questions about priests. Would a priest’s vow of poverty be afforded the same legal treatment as a mom who leaves the workforce in order to home-school her children? Or a stubborn dadpreneur who refuses to seek a new job after his small business failed? Or an aspiring artist who could earn six figures, but chooses to devote work hours to creative pursuits? In those cases, courts will (often, with the help of expert input) impute income based on a non-paying parent’s earning potential.

Priests are not only educated, but are also often highly-skilled in areas of value in the secular workplace. I’d hardly be shocked to see a judge utterly bereft of sympathy for a philandering priest – especially in the case of a struggling single mom and a child in need; how child support orders would be satisfied by someone who has taken a vow of poverty remains an open question.

The thing about kids is that they’re ironclad proof that sex went down. Given that many priests hold positions of unparalleled authority within their parishes and communities, it’s easy to imagine what’ll happen next.

The Vatican’s admission could empower women to come forward about any not-so-consensual sexual interactions with priests. Throw in an official demand of secrecy (assuming that’s what the policy has been), and those women may have some pretty lucrative lawsuits on their hands.

Tort liability for the church

Any tort lawyer would salivate at a chance to earn a contingency fee in good case against the deepest pockets of all time. And here, the possibilities seem endless.  To name a few:

Depending on the specifics, it’s possible that individual priests might face long-term legal consequences for failing to parent their scandalously-conceived children.

Let’s take the case of a priest who refused to acknowledge fathering a child: such action could legally constitute abandonment, and thereby form the ground for a termination of parental rights. That result itself might not make much of a practical difference to a priest who has kept his child a secret, but it could set some dominoes into motion. For example, some states have laws that forbid a person whose parental rights were involuntarily terminated from working closely with children in schools or day cares. Even in the case where a priest became defrocked, that person might go on to face life-long consequences for employment, as well as the adoption or custody of future children.

There are still many open questions, including what weight a court would give to a person’s status as a priest in any discretionary matters, and to what extent the Vatican could successfully claim immunity from legal findings.

One thing is pretty clear, though: in the eyes of the courts, the best interests of children take precedence over all other concerns, whether religious, practical, or financial. What that will mean to the people affected by the Vatican’s policy is only beginning to take shape, but is likely to affect the Catholic Church for its foreseeable future.