No Thanks, Obama? Judge Allows Suit That Could Doom Obama Presidential Center to Go Forward 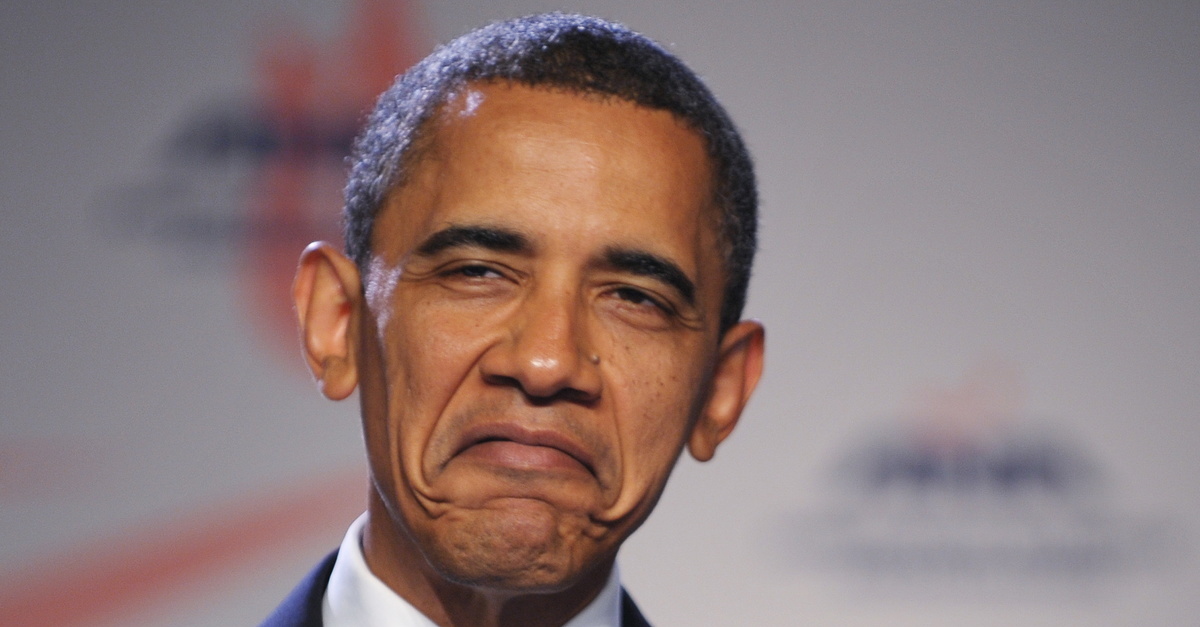 A federal judge on Tuesday allowed a lawsuit filed by a park advocacy group to go forward that, if successful, would put the permanent kibosh on plans to construct former president Barack Obama‘s presidential center in a Chi-Town park adjacent to Lake Michigan.

U.S. District Judge John Robert Blakey heard arguments last week from the City of Chicago and Protect Our Parks over whether the plaintiffs had standing to sue. Judge Blakey’s decision determined the group was a viable opponent of the $500 million presidential vanity project overseen by the Obama Foundation.

While not necessarily indicative of the lawsuit’s final conclusion, Blakey’s ruling on standing means the plaintiffs pose a serious threat to the center’s long-delayed construction prospects. A substantially similar lawsuit filed by a different group in 2016 forced George Lucas to cancel his plans for a museum built on public land in Chicago. The Lucas Museum of Narrative Art was ultimately relocated to Los Angeles, California.

The case revolves around a controversial 2015 decision by Chicago Mayor Rahm Emanuel to authorize “the transfer of the relevant land in Jackson Park to the City for use by the Obama Foundation to build and operate” the center.

The plaintiffs sued in May 2018, arguing a “contrived collaboration” between the City of Chicago, the Chicago Park District and the Obama Foundation. At the heart of their lawsuit is the method by which the parties decided to broker the transaction.

“They are essentially giving [the land] to Obama … for 10 cents a year for 99 years,” Roth told the Associated Press.

Environmentalists are also infuriated with the Park District’s decision to start chopping down trees in the park–even though the matter is still held up in court.

“The Park District can’t [legally] transfer the land to the Obama Foundation,” Roth told the Chicago Reader last spring. “So what they’re doing is transferring it to the city, which is then transferring it to the Obama Foundation. They’re trying to do indirectly what they can’t do directly. That’s illegal. Now we find out that—contrary to everything they said in court—they’re knocking down 100-year-old trees in Jackson Park to accommodate the Obama Center.”

The lawsuit itself took an even more combative approach.

“Defendants have chosen to deal with it in a classic Chicago political way,” the original petition claims, “to deceive and seemingly legitimize an illegal land grab.”

Judge Blakey’s decision is agnostic as to those claims and explicitly takes pains to note that the merits–what he calls the “true facts”–of the case are not addressed by his order granting standing.

But the ruling, however limited, has been interpreted as a significant victory for the environmental groups–and a significant loss for the City of Chicago.

Judge Blakey chides the City’s understanding of the law on point:

Defendants argue that Individual Plaintiffs fail to establish…standing based upon the public trust doctrine, because their interest as alleged trust beneficiaries belongs to “each citizen,” meaning the interest is common to all Illinois residents. Therefore, Defendants contend, Individual Plaintiffs lack the required “personal stake,” or injury, that…standing requires.Not so.

If “the ‘public trust’ doctrine is to have any meaning or vitality at all, the members of the public, at least taxpayers who are the beneficiaries of that trust, must have the right and standing to enforce it.”

The public trust doctrine is essentially the idea that certain public lands belong to the people as a whole–so public authorities must make extraordinary showings when they attempt to sell them off to private interests.

And, as noted, the former president’s legacy keepers may have a rough go at that.