‘Sheriff Joe’ Is Running for Another Term. Here’s a Refresher on Why That’s a Disastrous Idea. 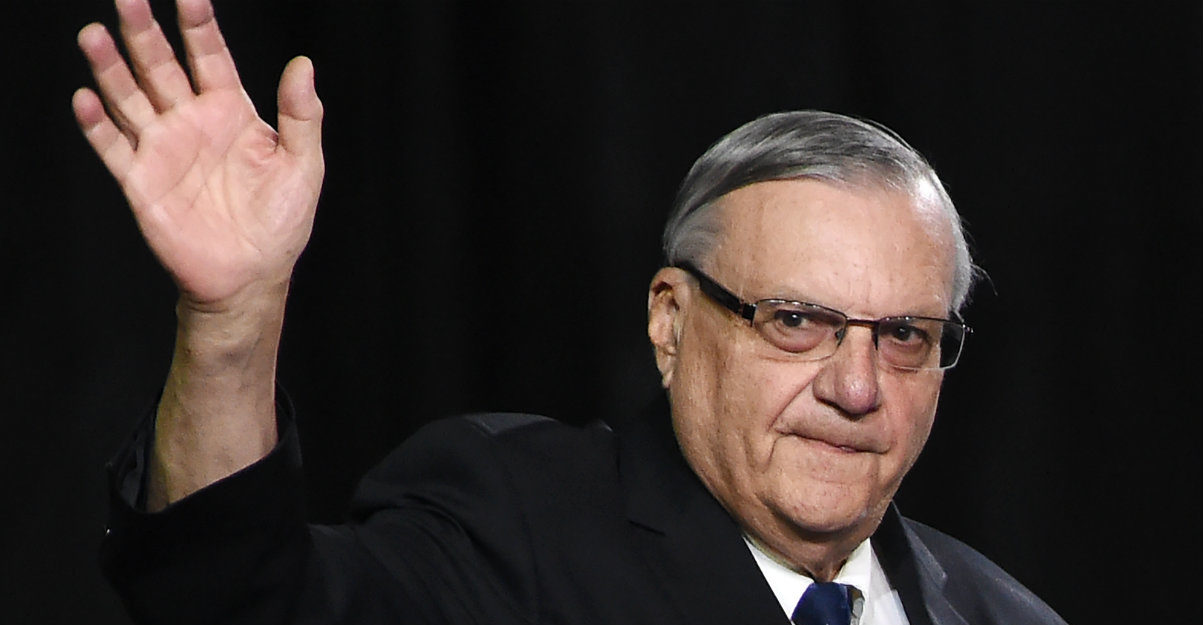 Honestly, at this point, there’s a part of me thinking if Maricopa County is stupid enough to elect a criminal as its top cop, it deserves Joe Arpaio for a seventh term.

Arpaio’s ridiculous campaign mantras, including his promise to “never surrender,” and his warning that, “those who break the law will have to deal with this Sheriff,” would be laughable coming from convicted criminal pushing 90 if it were any time other than 2019.

How about a refresher on what, exactly, Arpaio did:

“Sheriff Joe” was the sheriff of Maricopa County, Arizona, for 24 years. Among Arpaio’s more notable accomplishments were running a prison that was called a “concentration camp” due to its extraordinarily high death rates, ridiculing, demeaning, and mistreating inmates at every opportunity, and arresting reporters who covered the stories. Arpaio’s office also failed to investigate hundreds of sex abuse cases. There was also that time when he staged an assassination attempt against himself to help his poll numbers (I kid you not — here’s the story).

What about the crime for which Arpaio was convicted?

Among the myriad lawsuits filed against Arpaio for his questionable policies was a 2011 case filed by the ACLU; it accused Arpaio of violating the law by detaining undocumented immigrants simply for lacking legal status. Sidebar, yes, Arpaio’s policy was patently illegal, and yes, his zeal for harassing immigrants is precisely why Donald Trump became smitten with the sheriff.

In the case against Arpaio, Judge G. Murray Snow issued an injunction ordering Arpaio to stop his unconstitutional practice of running warrantless police sweeps for the sole purpose of finding undocumented immigrants. For a law-enforcement professional, this order—one that chastised him for acting lawlessly and flouting the entire idea of due process–should have been pretty sobering. But Arpaio was undeterred.

Arpaio simply ignored Judge Snow’s order and continued his illegal practices. Because Arpaio had so blatantly defied a court order, he was prosecuted and convicted of criminal contempt; that contempt case proceeded before Judge Susan Bolton. Unsurprisingly, Judge Bolton found Arpaio to have violated Judge Snow’s court order intentionally, had directed his subordinates to continue his illegal practices, and worst of all,  had publicly announced his intention to flout the injunction.

You betcha. Contempt is a crime under Federal Rule 42. It’s a misdemeanor punishable by up to six months in jail. Arpaio, of course, was pardoned by his orange benefactor before he ever faced sentencing for his crime.

There was a ton of fallout over Arpaio’s pardon. Why?

For starters, Arpaio, a cruel and vindictive abuser of power, didn’t exactly inspire sympathy. But the larger issue has been a legal one. Although Trump has the right to issue a presidential pardon for any federal crime, the idea of pardoning someone for the purpose of circumventing the entire judicial process is pretty shocking. Arpaio violated people’s constitutional rights; Trump’s pardon was the ultimate work-around to due process.

Legal experts called the Arpaio pardon an example of “weaponized pardon power,” that proved Trump’s outright contempt for the judiciary.

What’s Arpaio been doing since his pardon?

First, he crowdsourced funding for his legal woes.

..how they can con’t to help, a donation to my Legal fund go directly to paying off legal fees from this fight https://t.co/wM6SDLLxEN

Then, he lost a senate race. Now, he’s back in action, gearing up to, “Make Maricopa County Safe Again.” Now at 87, Arpaio is celebrating his new campaign, announced on the two-year anniversary of his presidential pardon, as well has his 61-one-year-old wife’s birthday.

Some have wondered whether Arpaio’s conviction would restrict him from casting a ballot for himself under Arizona’s restrictive voting laws:

As a convicted felon, he’s not allowed to vote for himself in #Arizona. #JoeArpaio https://t.co/WDjZdSKcdw

In a total failure of karmic justice, Arpaio’s conviction was for a misdemeanor, and not a felony. It’ll be up to Arizonans to care about the future of their own due process.