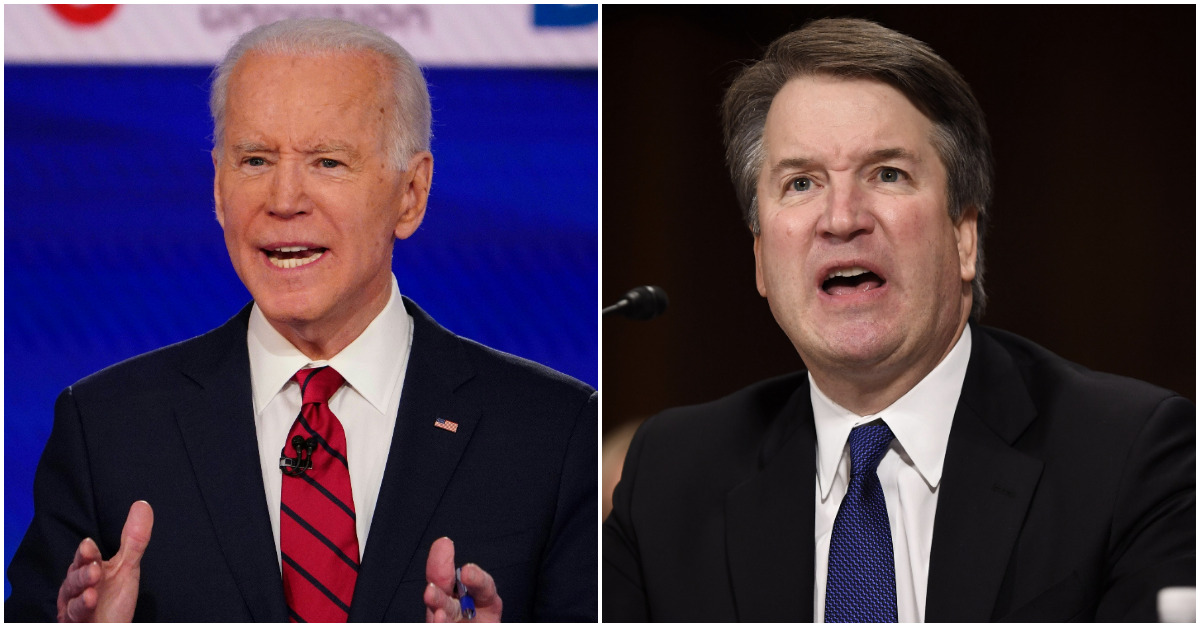 New York Times Executive Editor Dean Baquet struggled to explain why the paper of record failed to report on Tara Reade’s sexual assault allegation against former vice president and presumptive 2020 Democratic Party presidential nominee Joe Biden until after the party’s primary was over in a Monday interview with digital media columnist Ben Smith.

Criticism of the Times’ specific handling of Reade’s story was replete across social media; the de facto public editor for the Gray Lady since Baquet personally and abruptly axed that position in 2017. Smith crowd-sourced questions for the Baquet interview, effectively channeling many of the myriad complaints and concerns that arose after the Times ran its long-delayed and heavily criticized story on the Reade-Biden scandal over the weekend.

One of the foremost criticisms leveled at the liberal Manhattan mainstay was the fact that the Times‘ initial report on Reade’s claims was published nearly three weeks after she originally told her story to Rolling Stone journalist Katie Halper on her eponymous podcast.

The Times, however, afforded nothing close to such a wait-and-see approach regarding the sexual assault allegations leveled against Supreme Court Justice Brett Kavanaugh by since-disgraced accuser Julie Swetnick and since-convicted felon Michael Avenatti. Smith directly quizzed Baquet about that incongruity.

Per that interview, in relevant part:

I’ve been looking at The Times’s coverage of Justice Brett M. Kavanaugh. I want to focus particularly on the Julie Swetnick allegations. She was the one who was represented by Michael Avenatti and who suggested that Kavanaugh had been involved in frat house rapes, and then appeared to walk back elements of her allegations. The Times wrote that story the same day she made the allegation, noting that “none of Ms. Swetnick’s claims could be independently corroborated.” Why was Kavanaugh treated differently?

Kavanaugh was already in a public forum in a large way. Kavanaugh’s status as a Supreme Court justice was in question because of a very serious allegation. And when I say in a public way, I don’t mean in the public way of Tara Reade’s. If you ask the average person in America, they didn’t know about the Tara Reade case. So I thought in that case, if The New York Times was going to introduce this to readers, we needed to introduce it with some reporting and perspective. Kavanaugh was in a very different situation. It was a live, ongoing story that had become the biggest political story in the country. It was just a different news judgment moment.

But Biden is the former vice president of the United States and was, at the time Reade came forward on March 25, all-but assured to be the winner of the Democratic Party’s presidential primary; Biden has existed “in a public forum” for decades and was arguably reaching the pinnacle of his own public importance in the weeks leading up to Reade’s sexual assault allegation.

The secondary argument that Kavanaugh’s extant media narrative as an alleged abuser at the time of the Swetnick allegation wrested control and caution away from the otherwise circumspect publication also rings false. If you had asked “the average person in America” about the Swetnick case on the day the Times reported it, they wouldn’t have known much about her either–except for what they read in the media.

Complaints about Biden’s alleged harassment of women are not new. It has even been said that he had “a MeToo problem.” A female Democratic Party fundraiser told Harper‘s exactly that last year. At least seven women have publicly lodged complaints that Biden touched them and made them uncomfortable, smelled their hair, and kissed them without their consent. There are video montages of Biden’s alleged creepiness around women and young girls. In short, Baquet’s notion that Reade’s allegation came entirely out of the blue and does not figure into a preexisting media narrative does not add up.

In fact, the Times story initially and directly contradicted the point now being made by Baquet.

“The Times found no pattern of sexual misconduct by Mr. Biden beyond the hugs, kisses and touching that women previously said made them uncomfortable,” the early Saturday version of the story read. That has since been edited out of the story.

The current version, as of this writing, reads: “The Times found no pattern of sexual misconduct by Mr. Biden.”

A tweet echoing the original version of the story stayed online a bit longer before also being removed.

“We’ve deleted a tweet in this thread that had some imprecise language that has been changed in the story,” the Times Twitter account claimed. Except that’s not what happened at all.

Instead, the Biden 2020 campaign complained and got the language removed. Baquet openly admitted as much during his interview with Smith. But only Baquet’s blithe admission is really news: The New York Times has been known to alter stories via stealth edits upon request when the initial reporting makes a subject look bad.

Baquet’s open admission of giving editorial control over to the Democratic Party’s anointed candidate for president belies his claims about why the Swetnick incident was different while the paper allegedly stuck to their standards in each case. They did not.

And the original story bolsters this conclusion. The Times’ take on Reade alternates between ginger, brutal, delicate and unforgiving.

Gingerly did the outlet treat the Biden 2020 campaign—ceding it a great deal of editorial control over a curious phrase that simultaneously painted the candidate in a less than stellar light while downplaying his history of harassing women.

Brutal was the Times‘ general estimation of Reade herself—the original story by Lisa Lerer and Sydney Ember reads more like an effort to debunk a sexual assault survivor’s claims while also covering the Times’ backside for seemingly ignoring the story in the first place.

Delicate was the pacing and attention to detail in this instance—allowing Reade’s story to languish for weeks while the paper instantly and almost breathlessly reported on Swetnick’s specious and infamously walked-back accusations against Kavanaugh.

Unforgiving is the degree to which Reade’s claim is examined by two politics reporters who treat the story more like a political football than a sexual assault—citing the denials of Biden apparatchiks who repeatedly tear down Reade’s character while the paper’s original reporting on Swetnick reads like a soft focus human interest story.

The profound indicia of bias in this regard was ironically noted by economist and pundit Marshall Steinbaum: “If the New York Times investigates me for wrong-doing, will they quote five people who owe me their careers saying how I couldn’t possibly have done it?”

Katie Halper noted other issues via a series of rhetorical questions:

So, I’m unreliable b/c I like Sanders. @ryangrim is unreliable bc he’s at @theintercept (where he broke the Christine Blasey Ford story, when they were reliable?). But the @nytimes, which openly gives editorial control to the @JoeBiden campaign, is objective. pic.twitter.com/2zQrvuDLOu

Could it be that all the news that’s fit to print is, at least sometimes, only the news and narrative that pleases an ascendant political candidate?