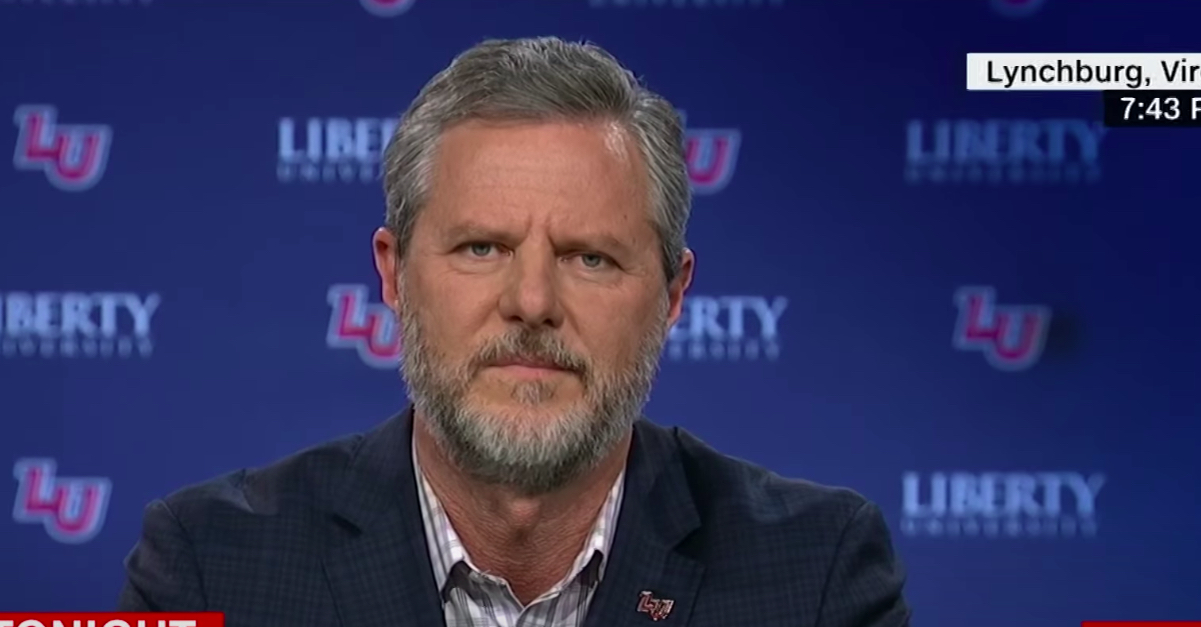 A student of the private evangelical Christian college Liberty University filed a class action lawsuit on Tuesday accusing the school of refusing to refund student payments for room and board and other on-campus services that are not available due to the ongoing COVID-19 coronavirus pandemic.

The complaint, filed in the U.S. District Court for the Western District of Virginia, claims the school has refused to reimburse students for services that the school has failed to offer.

“This is a class action brought on behalf of all people who paid fees to cover the costs of services and/or activities (including parking, room and board, campus fees, activity fees, athletic fees, and other fees) for the Spring 2020 academic semester at Liberty University and who, because of the University’s response and policies relating to the novel coronavirus disease pandemic, lost the benefits of the services and activities for which their fees were paid, without having those fees refunded to them,” the lawsuit stated. “Despite ending on-campus services and activities for the rest of the semester and leaving students with no safe and practical choice other than moving out of their on-campus housing and discontinuing coming to Liberty’s campus, Liberty has refused to refund to students and their families the unused portions for the fees that they each paid to cover the costs of certain on-campus services and activities, which are no longer available to students.”

Liberty University has controversially refused to follow nearly every other institution of higher education in the U.S. in closing its campus, instead inviting students back to campus in late-March after a brief shut-down. The university’s president, Jerry Falwell Jr., a staunch ally of President Donald Trump, has downplayed the threat of the virus (and floated conspiracy theories about it), despite a spike in confirmed cases on the Liberty campus.

Each individual student paid between $9,000 to $16,000 in fees to the university, but Liberty only offered a credit of $1,000 to returning students for the fall semester. The lawsuit contends that Falwell’s decision to keep the university “open” despite not providing many on-campus services, was a financial decision so that Liberty could profit off of the pandemic.

“Indeed, to the extent that Liberty has offered any refunds to Class members, those refunds have been a mere fraction of what Liberty actually owes Plaintiff and the other Class members for the unused (and unusable) potions of the fees that they paid to Liberty for services that Liberty has discontinued, thereby causing material financial losses to the students and their families,” the lawsuit stated. “Liberty University is, in a very real sense, profiting from the COVID-19 pandemic – keeping its campus and campus services ‘open’ as a pretext to retain Plaintiff’s and the other Class members’ room, board, and campus fees, despite no longer having to incur the full cost of providing those services, all while putting students’ finances and health at risk.”

Law&Crime reached out to Liberty University for comment. The school said that it has “tirelessly attempted to balance the needs of students, employees, and the community as it has navigated through the unprecedented health challenges presented by COVID-19.”

The statement went on to say that it is the plaintiff’s lawyers who are seeking to profit off of the public health crisis.

“We have also taken into account the economic impact and legal rights of all the parties involved. While it’s not surprising that plaintiff class action attorneys would seek to profit from a public health crisis, we don’t believe this law firm or its single client speaks for the vast majority of our students,” the statement said. “Similar class-action suits are pending against other schools, and such claims will no doubt be made against other higher education institutions that changed how they operate and deliver services to students in the face of COVID-19.”

Liberty said that its lawyers will fight back against a meritless lawsuit.

“Liberty’s attorneys will defend against this lawsuit, which is without legal merit. Each of Liberty’s changes in operations and modes of delivery has been required by governmental officials, a fact the complaint omits. That fact legally excuses Liberty’s adjustments and leaves the plaintiffs without a legal case,” the school said. “Even so, Liberty will still honor its pledge to provide $1,000 credits to certain students who have opted to move from the residence halls and will continue to allow its students to obtain academic credit in their educational programs online without interruption.”

“Liberty’s less populated and more frequently sanitized campus living environment will be maintained for those students who chose it as their safest option,” the school added. “Thankfully these measures have resulted in no on-campus student testing positive for COVID-19 thus far. A more complete response to the 84 paragraphs of allegations will be filed with the court but not shared in advance with the media.”

Liberty U Complaint by Law&Crime on Scribd