Are Cost of Stamps for Mail-in Ballots a Poll Tax? | Law & Crime
Opinion

If Trump’s Postmaster General Raises Mail-in Ballot Stamp Price, That Could Be an Unconstitutional Poll Tax 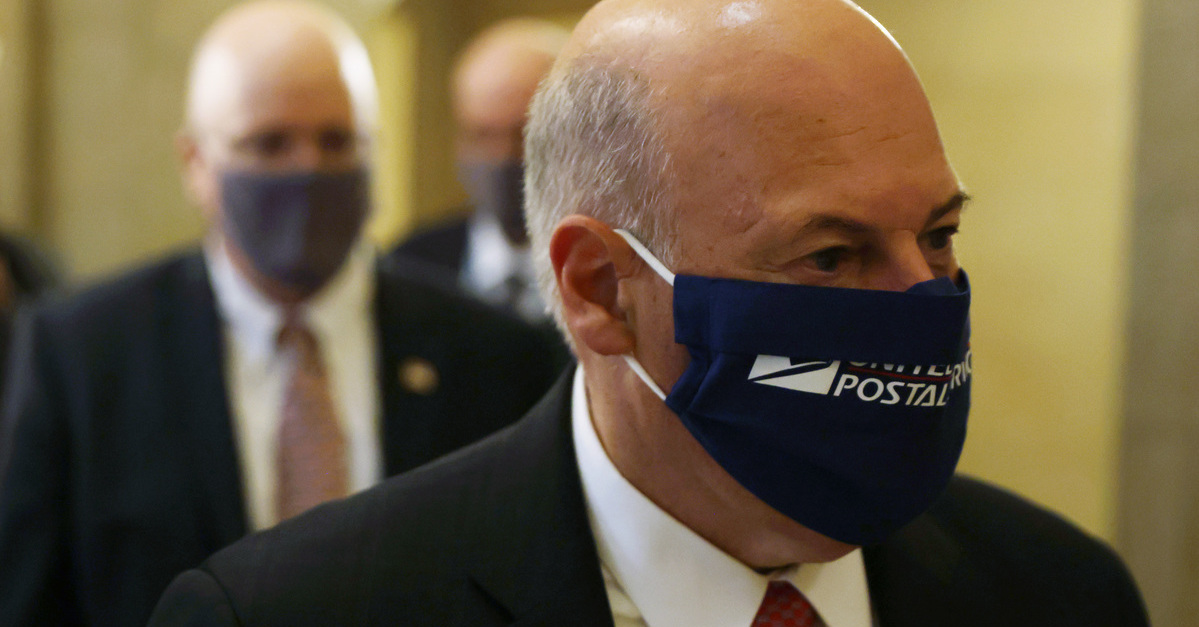 As the 2020 presidential election approaches, drama over mail-in voting is mounting.

Important piece from @PatrickMRucker. Trump's new Postmaster General is trying to nearly triple the postage rate on election ballots that states mail to voters. It's a naked attempt to restrict voting by mail.https://t.co/LHyusVergH pic.twitter.com/LOy5pDXTUP

It has been reported that Louis DeJoy, the current Postmaster General under the Donald Trump administration, has floated a proposal to increase the price of postage for mail-in ballots from 20 cents to 55 cents. This is important not only because of the financial impact the increase could have on states and their voters, but also because it calls attention to the proposed spike in postage as a potentially unconstitutional poll tax.

Who pays for the stamps on mail-in ballots?

Is there anything wrong with having voters pay their own return postage?

Maybe. Stamps are not explicit poll taxes, and some believe the price of return postage is simply a cost to exercise one’s right to vote, no different from  costs associated with traveling to polls to cast an in-person vote. Others, however, argue that postage paid by the voter is burdensome to the point of constituting a poll tax. The stamp issue received minimal attention prior to the coronavirus pandemic, but is front-and-center now that mail-in voting is likely to be widely used for the upcoming 2020 presidential election.

What are the legal rules about poll taxes?

They’re not allowed. Prior to 1965, lots of states had poll taxes, as well as other impediments to voting that disproportionately affected poor, rural, or Black Americans. Most poll taxes were between $1.00 and $2.00.That framework was dismantled with a 3-part move including a Constitutional Amendment, a federal law, and a Supreme Court case.

The Twenty-fourth Amendment of the United States Constitution was ratified in 1964; it prohibited conditioning the right to vote in a federal election on payment of a poll tax or other types of taxes. The 1965 Voting Rights Act then authorized the U.S. Attorney General to investigate the use of poll taxes in state and local elections. Finally, a 1966 Supreme Court case held that “[a] State’s conditioning of the right to vote on the payment of a fee or tax violates the Equal Protection Clause of the Fourteenth Amendment.” As a result of that ruling, any poll taxes still on the books—whether applicable to state or federal elections—were repealed. Poll taxes are a fought-over issue to this day, however.

So, will a requirement that a voter pay return postage be considered a “poll tax”?

Maybe. Voting by mail has become a hot political topic in recent years, particularly as President Trump has cast public doubt on the security of elections – and of course, even more acutely during the pandemic. Discussing a lawsuit filed by a Georgia group called Black Voters Matter, Sean Young, legal director of the ACLU of Georgia, said “Charging money for the right to vote is unconstitutional, whether it’s a penny or a dollar.”

In June, however, U.S. District Judge Robert Hinkle denied a request for a preliminary injunction in a case arguing that postage requirements constituted poll taxes. He wrote:

“Postage charged by the United States Postal Service — like the fee charged by any courier or the bus fare for getting to the polls to vote in person — is not a tax.”

Likely, as debates over mail-in voting continues to gain momentum, we will see more litigation on the issue.

Does it make any difference to the legalities if the postage price is increased?

Legally speaking, there is likely no difference. When poll taxes were struck down by SCOTUS in the past, the amount of the tax was not a relevant factor to the Court’s decision. Any tax that was a prerequisite for voting was unconstitutional. The factor that’s likely most relevant to the analysis of whether postage is a poll tax, however, is the context.

Prior to the pandemic, mail-in voting was the exception, not the rule; in those simpler bygone days of yesteryear, judges may reasonably have viewed return postage as an acceptable cost for exercising a right in a non-standard manner. That’s all changed now, though. In 2020, when Americans are working, schooling, and socializing remotely, things are markedly different. Curbside pickup and no-contact delivery are the norm, and the Supreme Court is livestreaming telephonic oral arguments. Mail-in voting is perhaps one more Covid-inspired change to which we must all adapt. Set against the backdrop of a society operating with social distancing in mind, mail-in voting is a lot less exceptional. As millions of Americans prepare to cast mail-in ballots, it is not difficult to imagine increased stamp prices disproportionately affecting the usual suspects of disenfranchisement — and those who have lost their jobs temporarily or permanently due to the pandemic. Viewed through such a lens, postage required of voters may look quite a bit more like a poll tax to a judge examining the matter.

What if the states just cover the entire price for return postage?

That would certainly remove (or at least limit) the “poll tax” argument from the debate, and shift the focus from the legal to the strictly political. Without the cost being shouldered by individual voters, it’s tough to see how it could be reasonably characterized as a tax. However, an increase from 20 cents per ballot to 55 cents per ballot is a significant cost to the 17 states that pay for the postage. As a result of the pandemic, state budgets have been slashed, and resources spread thin. A massive burden thrust on the states by the very executive branch seeking to benefit from the election will not be well received.

Who will ultimately make the decision about raising the price of postage for mail-in ballots?

The PRC (an acronym for the renamed “Postal Rate Commission”) is an oversight authority that sets the rates for mail delivery by the United States Postal Service. The Postmaster General may propose a rate increase to the PRC, and the PRC can then direct the Postal Service to adjust rates.

The current postmaster general, Louis DeJoy, was appointed by the Postal Service Board of Governors in June 2020. DeJoy, a multimillion dollar Trump donor and Republican operative, has been a highly controversial choice for Postmaster General. Not only was DeJoy the first Postmaster General lacking any practical postal experience, but he also reportedly has significant financial holdings in USPS competitors and contractors.

President Trump has already spoken out (albeit incorrectly so) about his perceived authority to ban mail-in voting and about his distrust of the Postal Service generally. Those highly politicized statements, combined with America’s long history of targeted efforts to disenfranchise various groups of voters, coalesce to make all aspects of mail-in voting critical to the outcome of the 2020 presidential election.

Editor’s note: This article previously stated that President Trump appointed DeJoy as postmaster general. He was actually appointed by the USPS Board of Governors.