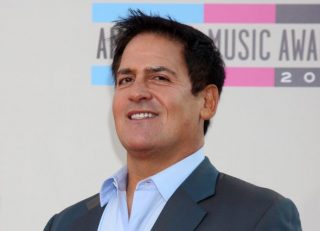 Earlier this week, Gizmodo called out billionaire businessman Mark Cuban for having “no idea how Tweets work” when he tweeted out the following notice:

Notice: For as long as my twitter feed is private all original tweets are copyrighted and can’t be posted elsewhere with out my permission

Gizmodo was definitely right when it characterized the “notice” as the “rich cousin of those bullshit Facebook copyright statuses you see your most gullible friends post ever couple years.” Legally speaking, Cuban’s post is utterly irrelevant. But in the wider context of the impact of discussing law via social media, it’s actually pretty interesting.

Unlike your friends who are well-meaning but completely clueless about the relationship between Facebook and copyright law, it seems that Cuban’s post wasn’t the result of legal ignorance. Cuban told Business Insider on Tuesday that he posted his “notice” as a kind of social experiment that was sure to “drive people crazy” and “be entertaining.”

Cuban, and anyone else with even a cursory understanding of copyright law, knows that his tweets could be quoted in any news context, without the requirement that he consent. Cuban, who has a verified (you know—that coveted blue check mark) Twitter account and 6 million followers, is clearly a public figure. Accordingly, public statements he makes– via Twitter, on television, or anywhere else – are newsworthy and therefore quotable via the “fair use doctrine.”

Sure, the same can’t be said about any photos or videos Cuban posts on Twitter. When it comes to photos and videos, the original photographer usually retains the copyright (unless the work was created as a “work for hire”) – and unauthorized use could be deemed copyright infringement. But in the case of illegally-copied media, Cuban can just rely on regular old federal law to protect him; no specially-tweeted declaration of his rights is necessary.

My money is on Cuban having known all of this. If his intent was to set off a Twitter battle between legal know-it-alls and clueless loudmouths, he sure succeeded. Strings of arguments immediately erupted, each volley asserting some overly-simplified version of copyright law. Especially concerning are tweets like this, proclaiming that social media eradicates copyright protection altogether:

or this one that bring “litigious” to a new level:

@SoniaKatiMota @mcuban anyone can sue anyone. It doesn’t make you guilty.

Listen, people, if copyright law could be summed up in 140 characters or less, the bar exam could be converted into a Buzzfeed quiz. Take the real message from Cuban’s post – the one about social media and the how people respond to nonsensical posts, not the one about copyright law.