This Week on the ‘Objections’ Podcast: Even After Derek Chauvin’s Murder Convictions, the Lawsuit Against His Medical Expert Lives On 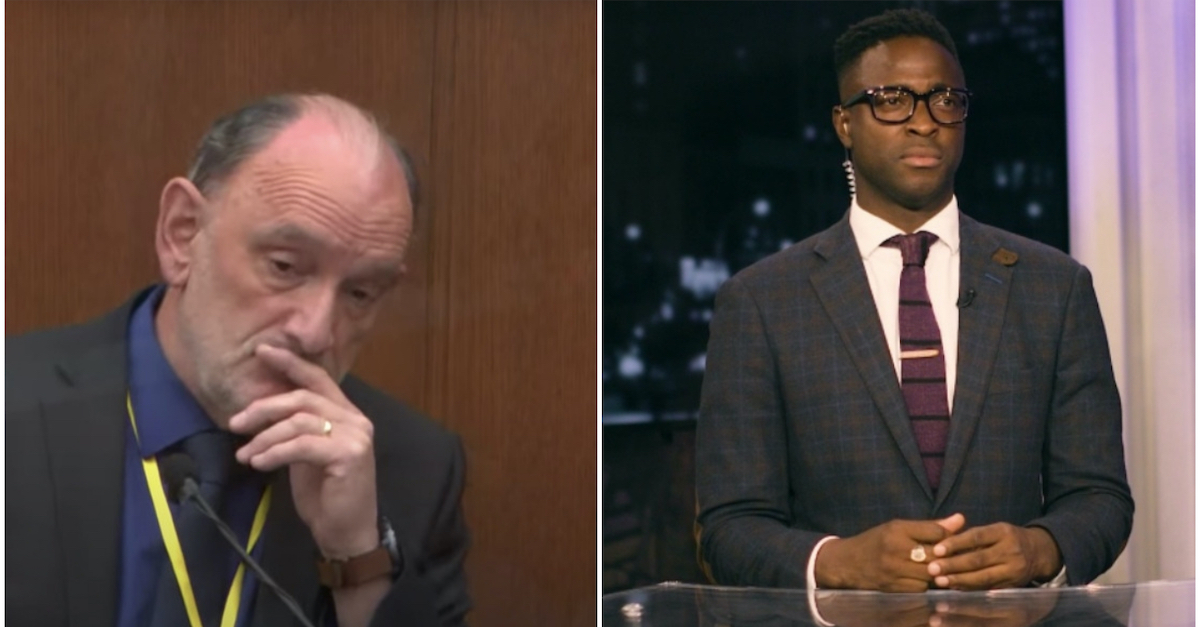 Dr. David Fowler (left) was never grilled about a lawsuit against him alleging he covered up a “chillingly” similar similar case as George Floyd’s. Law&Crime Daily host Brian Buckmire (right) analyzes why that may have happened on the “Objections” podcast.

The man who went on to become Minneapolis police officer Derek Chauvin’s key medical witness in his murder trial was hit with a lawsuit late last year accusing him of a cover up in a case filed by the family of a 19-year-old Black man who died in a “chillingly similar manner” to George Floyd.

Though the similarities between the two incidents have received widespread press attention, Chauvin’s jury never heard of the allegations against his main medical expert: Dr. David Fowler, the former chief medical examiner for the state of Maryland.

Jurors quickly rejected Fowler’s testimony anyway, convicting Chauvin some 10 hours into their deliberations of murder in the second degree, murder in the third degree and second-degree manslaughter.

In the latest episode of the Law&Crime podcast “Objections,” Law&Crime Daily host Brian Buckmire—who is also a public defender—reflects on the trial that captivated the country and probes why prosecutors never questioned Fowler about the allegations.

That lawsuit the deliberating jurors never heard is the case of the late Anton Black, a teenager whose family—represented by the American Civil Liberties Union—sued Fowler in a federal court in Maryland last December.

The family’s complaint contains wrenching details that paralleled those of the Chauvin case.

“Even after Anton was handcuffed, the officers ignored the danger they were causing and kept Anton in a prone restraint for approximately six minutes as he struggled to breathe, lost consciousness and suffered cardiac arrest,” the 64-page complaint states. “Anton, 19, while handcuffed and terrified, died from positional asphyxia as a direct and proximate result of the officers’ excessive force and racial bias.”

Accusing Fowler of violating “well-established principles of forensic pathology,” the Black family’s docket remained active by the time he was on the witness stand in the Floyd case, but it was absent from the courtroom.

Hennepin County Judge Peter Cahill did not appear to bar mention of this as impermissible impeachment during the trial, and no such ruling appears on the docket. It is unclear whether prosecutors made a strategic reason not to mention it or the government simply missed it.

“So the jaded public defender in me wants to say it’s very possible that the someone in the government could mess that up, because we already saw that happened once in this case,” Buckmire said on the podcast, referring to a moment when the defense criticized authorities for supposedly failing to perform a carbon monoxide test on Floyd.

But as Buckmire noted, authorities had performed that test, and prosecutors discovered that fact via their expert, Dr. Andrew Baker, too late to admit the evidence.

“Dr. Baker was listening to the testimony of Dr. Fowler saying, ‘Well, they should have done this test,’ and Dr. Baker out of nowhere finds that test that would have been able to slap down that argument from Dr. Fowler,” Buckmire said on the podcast. “But because of rules of evidence, you cannot spring new information on a defendant.”

Whatever the reason, the jury ultimately returned a speedy verdict: guilty on all charges. Law&Crime’s “Objections” reached out to the Minnesota Attorney General Keith Ellison’s office, a Hennepin County Court representative, and Chauvin’s attorney Eric Nelson. Nobody provided an answer to those questions before this episode aired, but the court has not released any public ruling suggesting the prosecution was prohibited from mentioning it.

In an interview recorded after the defense and prosecution rested their case, Buckmire analyzed the prosecution’s burden of proof, parsed strategies in the battle of the experts, and reflected upon how history will record the trial watched across the world.

“I think this is going to be a part of our history in the same way people talk about the O.J. trial, the Rodney King riots,” Buckmire said. “I think George Floyd is going to be added to that conversation.”

When the episode aired, jurors had been midway through their first full day of deliberations. They threw the book at Chauvin hours later.