A Black Doctor of Kenyan Descent Won a $2.75 Million Verdict Against Florida’s Second-Largest Employer in a Discrimination Lawsuit. Then, a Judge Overruled the Jury. 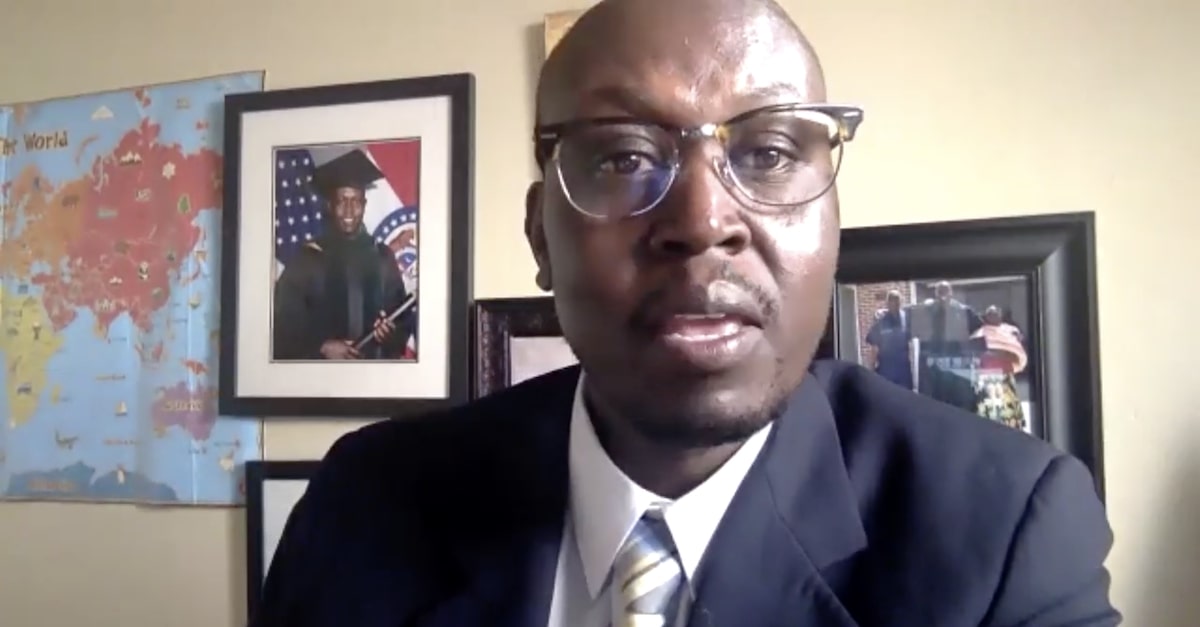 Late last month, a Florida jury awarded a $2.75 million verdict for Dr. Baiywo Rop, a doctor of Kenyan descent who won a lawsuit accusing an Adventist Health System hospital of discriminating against him because of his race and national origin. Then, in an unusual development a week later, a judge vacated the jury’s multimillion-dollar judgment against Adventist, the state’s second-largest employer.

In the latest episode of the Law&Crime podcast “Objections: with Adam Klasfeld,” Dr. Rop and his lawyer Jerry Girley describe how that case reminds them of a lesser-remembered part of Martin Luther King’s “I Have a Dream Speech.”

That’s the passage about the proverbial “bank of justice.”

“So what we said to the jury is, ‘Look, here we are again at the Bank of Justice,'” Girley recalls on the podcast. “Promises have been made. You have the authority, the ability to pay this check. It is a payment on a promise that was made hundreds of years ago. It is a payment on the notion the concept of equality before the law.”

Girley had been alluding to Dr. King’s immortal speech during the March on Washington for Jobs and Freedom on Aug. 28, 1963.

“In a sense we’ve come to our nation’s capital to cash a check,” King analogized, alluding to the “promissory note” bequeathed by the Framers of the U.S. Constitution. “This note was a promise that all men, yes, Black men as well as white men, would be guaranteed the ‘unalienable rights’ of ‘life, liberty and the pursuit of happiness.'”

Too often for people of color, King added, that note was a “bad check” that comes back marked “insufficient funds.”

Then, during his third year in the program, Rop was diagnosed with severe pernicious anemia, and he says that his employer would not accommodate his condition.

“Apparently, they made an assumption that I smoked weed, and I overheard an attending saying, ‘Oh, he needs to stop smoking weed,'” Rop recounted on the episode. “So here am I, I am having a disease that could easily kill me—it’s a cheap disease to diagnose, it’s very cheap to treat—but it kills people.”

Then, a week later, Judge Kevin Weiss of the Ninth Judicial Circuit in Florida overruled the jury’s decision, finding there were “legitimate, non-discriminatory and non-retaliatory reasons” for Dr. Rop’s dismissal.

The four-page verdict did not state what those reasons were, and the judge did not explain why he believed he found the hospital’s stated rationale persuasive enough to overturn a six-person jury’s findings following a weeklong trial.

Adventist did not have a motion at the time asking Judge Weiss to vacate the judgment.

Currently appealing the decision, Rop and Girley want to reinstate the verdict that the judge vacated—and, Girley says, make sure King’s bank of justice operates for his client.

“What we said to the jury is, ‘Dr. Rop is not here seeking a handout, and he traveled a great distance from Kenya to get to this point,” Girley says on the podcast. “He has a dream of becoming a radiologist, he has not abandoned that dream. That dream is on hold, you can help him move forward.”

Adventist did not respond to a request for comment.