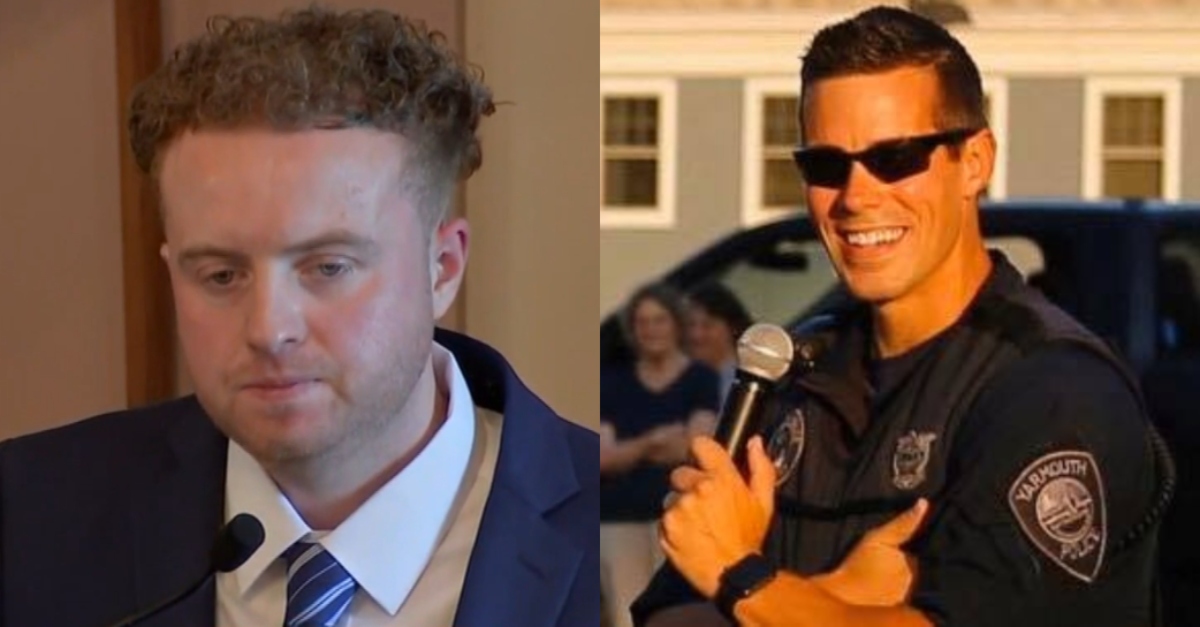 A jury convicted a man who shot and killed a sergeant serving an arrest warrant on him—and fired upon his police dog—with murder and other charges on Friday. Though the verdict could lock away 32-year-old Thomas Latanowich for life, it fell short of what the victim’s family wanted.

Latanowich escaped a first-degree murder for shooting fellow 32-year-old Sgt. Sean Gannon, which would have come with a mandatory life without parole. But the convicted killer will serve heavy time for the second-degree offense and additional charges, like mistreating a police dog by shooting the late sergeant’s K-9 partner Nero. The K-9 survived. A judge sentenced Latanowich to life in prison with the possibility of parole after 25 years for the murder charge and then another 10-to-15 years for the other charges, according to NBC Boston.

“While we are disappointed in the verdict, the fact remains that our Sean is dead,” Gannon’s family said in a statement obtained by CBS Boston. “We are completely grateful and extend our heartfelt thanks to the many members of our communities that have reached out to our family in myriad ways throughout these past three years. Their support has been the steel in our spine: you will never be forgotten.”

A jury has ensured justice for slain @yarmouthpolice Sgt. Sean Gannon & wounded K9 partner Nero. We thank the DA, Officers & our Troopers for their tireless work to ensure that the criminal responsible is held accountable for his despicable, cowardly act.https://t.co/3MMZu9o1xZ pic.twitter.com/sv7kP4DHYm

Jurors deliberated since Tuesday, following closing arguments from the prosecution and the defense, which revolved around a key question: Did Latanowich know that it was police making their way into the attic at that Barnstable home on April 12, 2018? Gannon and his colleagues at the Yarmouth Police Department were serving an arrest warrant for Latanowich allegedly violating probation.

Latanowich testified that he believed it was someone who previously tried to kill him.

“I was in fear for my life,” he said, according to CBS Boston. “I was scared. I started breaking out in rashes all over my body, physically pulling my hair out.”

“I’m taking as many as I can,” he wrote, a reference prosecutors described as being about police.

He had 40 months to make up the self-defense claim, Trudeau argued.

In a victim impact statement, Gannon’s wife Dara called the fallen sergeant the “most beautiful soul I ever met” and highlighted the pain of losing him.

“I’m constantly worrying and waiting for the next terrible thing to happen,” she said. “Grieving publicly is very difficult. Sean and I were both private people. It’s unusual to become a widow at 31, and even more so by murder. People don’t know what to say to me. Sometimes I feel like a pariah.”

Now Sean Gannon’s family is working to create good from his memory.

“Now, we must continue to honor Sean’s legacy of service,” they wrote in their statement. “We will do so through the Sean M. Gannon Memorial Fund as we attempt to make our world a better and safer place. Our family will make no further statements. We need time to quietly reflect and heal.”