A man stands trial for shooting and killing a police officer in Barnstable, Massachusetts. Jurors will hear arguments over whether Thomas Latanowich, 32, murdered Sgt. Sean Gannon, 32. You can watch in the player above.

Gannon and six other officers tried to serve a warrant on Latanowich at a Barnstable home on April 12, 2018, according to authorities in an NBC Boston report. His K-9 partner Nero was also shot in the face and neck but survived, according to The Boston Globe.

Latanowich’s defense is arguing that police botched executing the warrant. 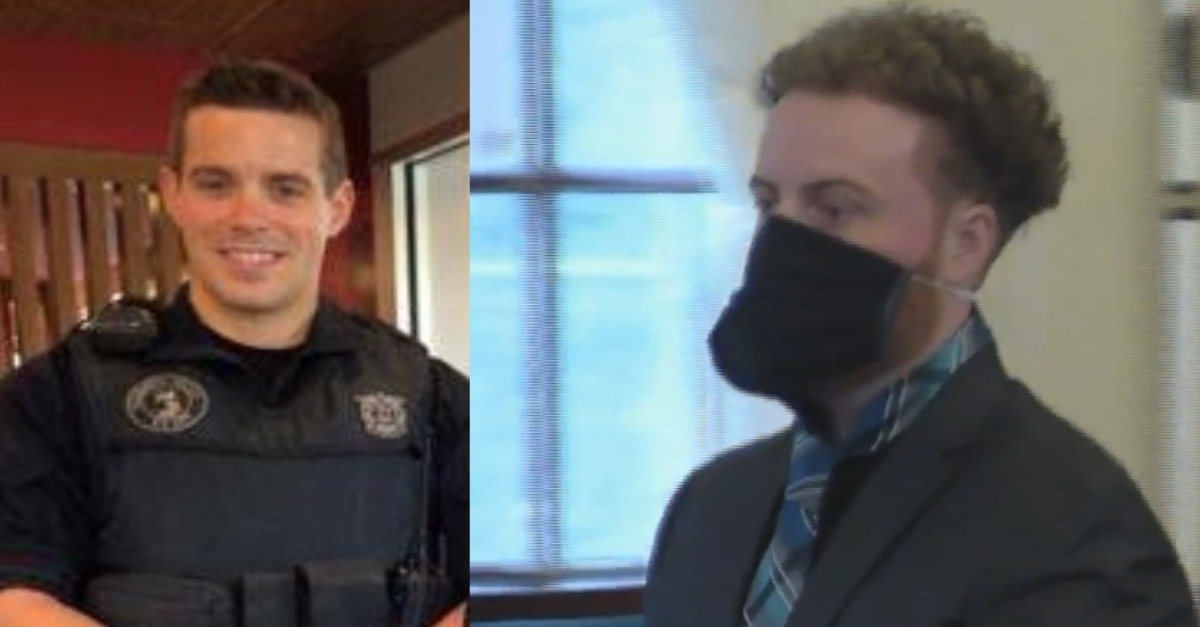 Officers at the Yarmouth Police Department mourned losing Gannon. A new training complex was named after him, according to WHDH.

“We are never going to replace Sean,” said Police Chief Frank Frederickson. “But making a difference for the future in Sean’s name, I think is honorable and the right thing to do.”

Long line of police officers riding in the procession for #Yarmouth K9 officer Sean Gannon who was killed in the line of duty. pic.twitter.com/DNiZTtji2D

Some potential jurors were excused after they said they could not be impartial because Nero was shot.

A woman who once worked at a Cape Cod animal hospital just excused. Said she was talking to colleagues when K9 Nero brought in. She said “I can’t be fair” @boston25

Next juror says she is a dog owner. “I think someone who could do that to a dog and leave a dog up there like that, is probably not a good person.” Says she doesn’t think she could be fair/impartial. Judge excused her. @boston25

[Image of Gannon via Yarmouth Police Department; screenshot of Latanowich via WBZ-TV]