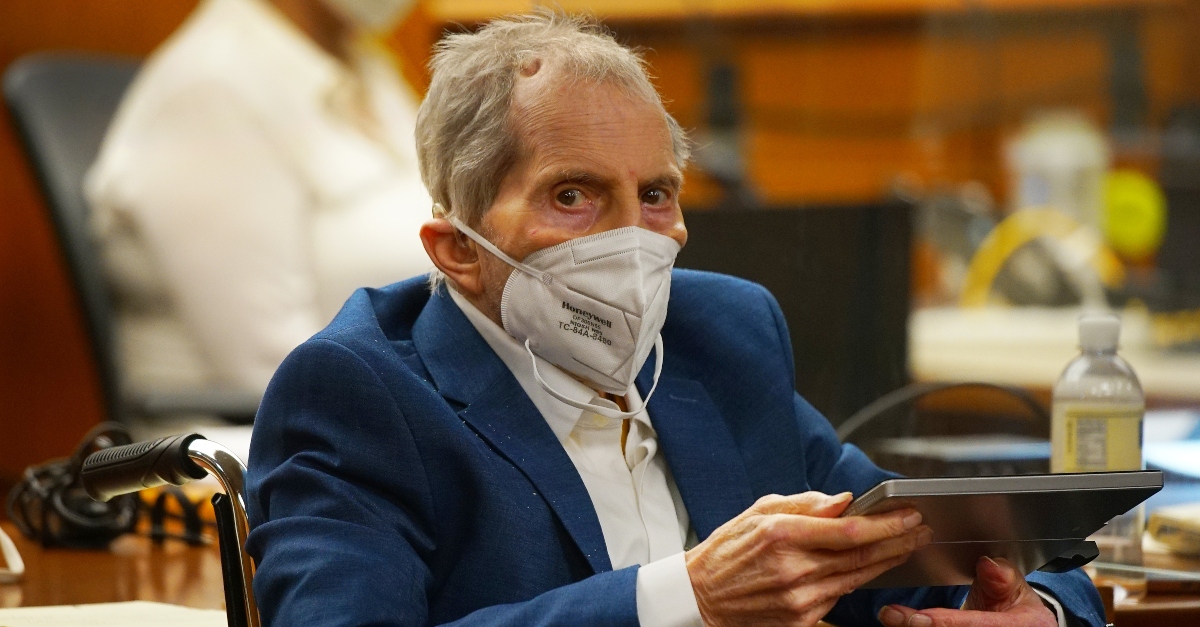 Jurors heard recorded testimony on Monday from a friend of murder victim Susan Berman, 55, who said that Berman once told her that she called the medical school of Kathleen “Kathie” Durst (née McCormack), pretending to be the missing woman.

Witness testimony described Susan, a mob boss’s daughter, as loyal, but said that she could be manipulative. Friend Lynda Obst, a film producer, testified in recorded testimony which was played for jurors that Berman spoke of defendant Robert Durst so much more than other men that Obst believed that Berman was in love with him. There was a romantic relationship in Susan’s mind but not in reality, the friend testified.

#RobertDurst – Susan Berman’s friend, Lynda Obst, testifies that Susan told her she made a phone call to Albert Einstein medical school for Durst saying she was Kathie Durst. @LawCrimeNetwork pic.twitter.com/XjHCCU9VxH

Kathie Durst has long been presumed dead and was declared dead in 2017, but her husband Robert Durst, now 78, is on trial in 2021 for the 2000 execution-style murder of Berman. Prosecutors say that Kathie’s disappearance and death and Berman’s subsequent murder are connected. Defendant Durst killed his wife in 1982 and covered up the murder with the help of Berman, who pretended to be Kathie Durst in a call to the dean of the Albert Einstein College of Medicine.

It appeared that “Kathie” called out sick, but that was actually Berman, authorities said. Kathie was already dead, they said.

#RobertDurst – Lewin says Dr. Kuperman incorrectly assumed it was Kathie Durst he was talking to when she called in sick.He also said there will be witness testimony that no student would ever call in sick straight to the Dean.That would be bypassing several layers of supervisors

The defense maintains that their client did discover Berman dead but argues he only fled in a panic, not because he was responsible. Prosecutors argue, on the other hand, that Durst killed Berman because he believed she was going to come forward with information about what she knew about Kathie.