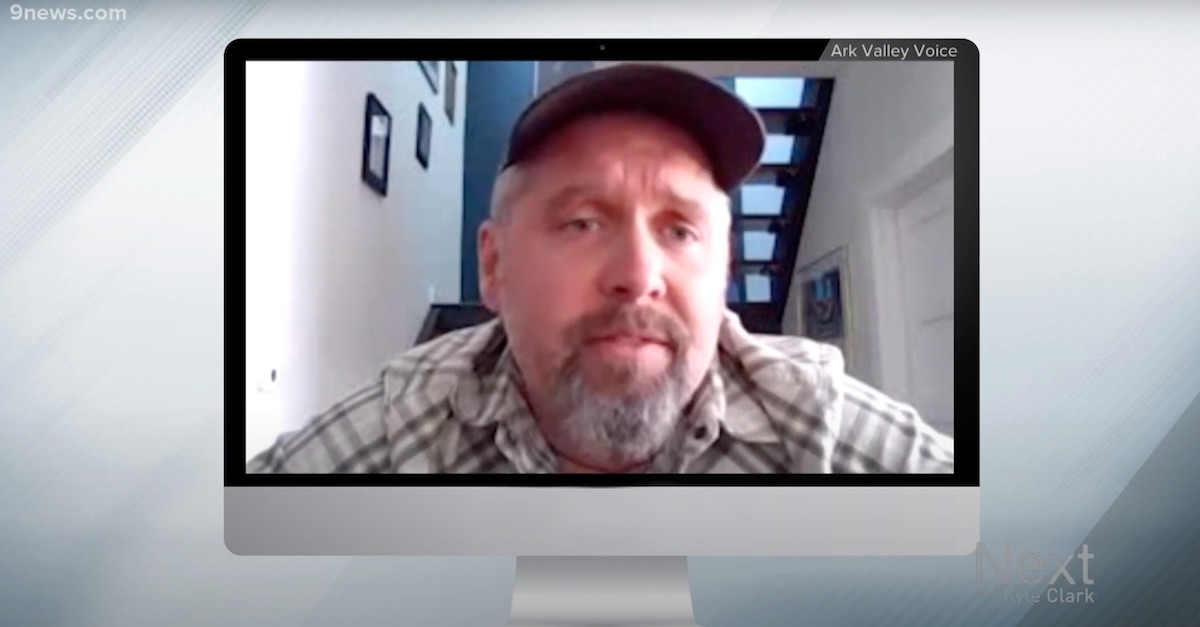 Newsmax reached a confidential settlement with and apologized to a Dominion employee who sued the outlet for defamation in December for amplifying a pro-Trump conspiracy theory scapegoating him for the 45th president’s defeat.

Dr. Eric Coomer, the director of product strategy and security for Dominion, filed the lawsuit against more than a dozen entities and people late last year in the Denver County district court.

Branded by certain corners of the political right as in cahoots with antifascist activists to put President Joe Biden into the Oval Office, Coomer said that Donald Trump supporters called him a “traitor” and subjected him to “multiple credible death threats.” The rumors were circulated by Colorado businessman Joseph Oltmann, who claimed to have infiltrated an “Antifa Conference Call.”

Oltmann, whose claims about this purported call were amplified by pro-Trump media, was also named in the lawsuit along with the Trump campaign, Rudy Giuliani, One America News Network, its staffer Chanel Rion, the hard-right blog Gateway Pundit, its owner Jim Hoft, and others.

On Nov. 17, the conspiracy theory reached the Twitter account of Donald Trump Jr., who tweeted out the Gateway Pundit story attributing the statement to Coomer: “Don’t worry about the election, Trump’s not gonna win. I made f*cking sure of that!”

Roughly three days later, Newsmax joined the fray by inviting pro-Trump lawyer Sidney Powell—another defendant in the case—on The Howie Carr Show. Powell claimed to have a copy of the conference call and asserted that Oltmann’s assertions about Coomer’s supposed statements were “true,” according to the lawsuit.

She also told the host that she had a copy of the call and made other assertions that Newsmax allegedly did not question or fact-check.

“Powell had no ‘copy of the call’ or recording,” the lawsuit states. “Dr. Coomer had not ‘disappeared.’ And Dominion had not closed its offices. These allegations were capable of verification. Yet, neither Newsmax nor Powell made any legitimate effort to verify them before publishing.”

On Friday afternoon, Newsmax posted a lengthy statement on its website disavowing the claims.

Newsmax would like to clarify its coverage of Dr. Coomer and note that while Newsmax initially covered claims by President Trump’s lawyers, supporters and others that Dr. Coomer played a role in manipulating Dominion voting machines, Dominion voting software, and the final vote counts in the 2020 presidential election, Newsmax subsequently found no evidence that such allegations were true. Many of the states whose results were contested by the Trump campaign after the November 2020 election have conducted extensive recounts and audits, and each of these states certified the results as legal and final.

Steve Skarnulis, Coomer’s lawyer, confirmed the settlement in an email to Law&Crime, but he said that the terms of the deal are confidential. The notice of voluntary dismissal states that Coomer and Newsmax have “fully and finally settled the disputes among them.”

Newsmax CEO Christopher Ruddy did not immediately respond to an email seeking comment.

The lawsuit remains active as to the remaining defendants.