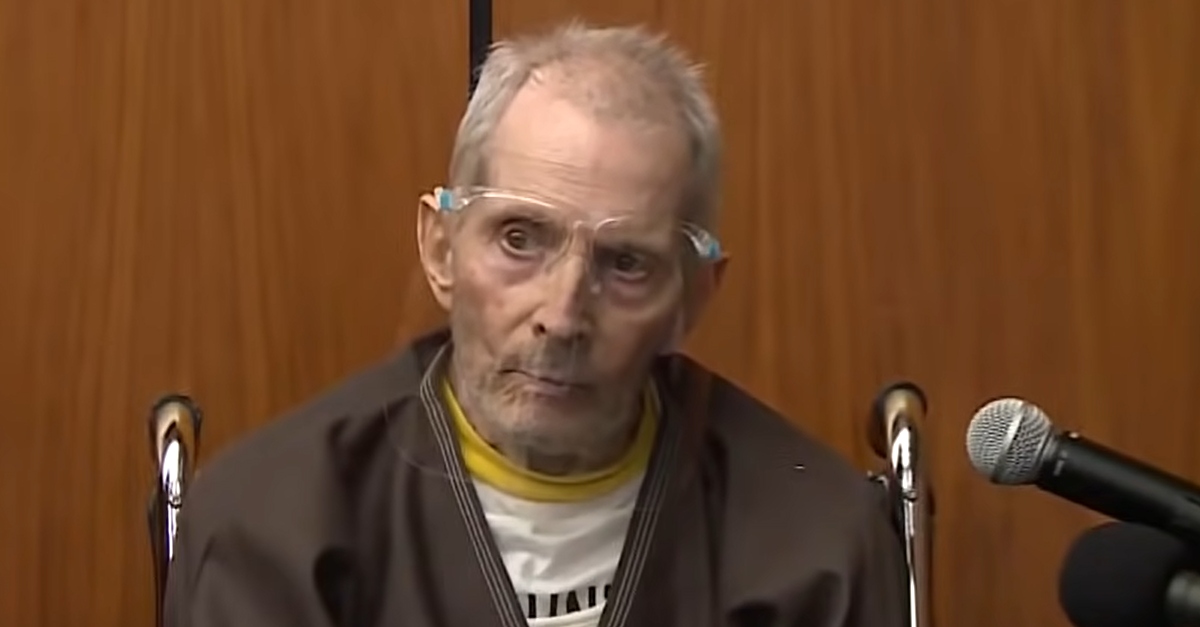 Almost 40 years after a New York woman vanished without a trace, a state police investigator has filed a complaint against her infamous convicted murderer husband. Robert Durst, 78, is accused in the complaint of second-degree murder in the death of 29-year-old Kathleen “Kathie” McCormack Durst, but he has yet to face any formal charges as the Westchester County District Attorney’s Office has reportedly empaneled a grand jury against him in this case.

In his complaint, investigator Joseph Becerra wrote that the real estate heir murdered his wife Kathie Durst on Jan. 31, 1982.

“The above allegations of fact are made by the complainant herein on direct knowledge and upon information and belief, with the sources of complainant’s information and the grounds for his belief being the files of this matter maintained by the Office of the Westchester County District Attorney, the New York State Police, District Attorney’s Office of Los Angeles, conversations with numerous witnesses and observations of defendant’s recorded interviews and court testimony in related proceedings,” Becerra wrote.

Becerra maintained that Durst killed his wife at or near their cottage in Lewisboro, New York.

“The Westchester County District Attorney’s Office can confirm that a complaint charging Robert Durst with the murder of Kathleen Durst was filed in Lewisboro Town Court on October 19, 2021,” Director of Communications Jess Vecchiarelli told Law&Crime in an email. “We have no further comment at this time.”

“Robert Durst has now been formally charged with the murder of Kathleen McCormack Durst,” said Robert Abrams, an attorney for Kathleen McCormack Durst’s family, in a statement to Law&Crime. “We are very happy with this development. At this time, however, we will not be making any further comments until the Grand Jury process is completed.”

Durst was reportedly placed on a ventilator due to COVID-19 last week shortly after being sentenced to life in prison without parole for the murder of Susan Berman. Prosecutors said he shot and killed Berman execution-style at her Beverly Hills home in 2000. He wanted to stop her from talking to Westchester County authorities, who had reopened their investigation into Kathie Durst’s disappearance. Jurors agreed that Durst killed Berman because she was a witness to a crime. Becerra testified at the trial.

After killing Berman, Robert Durst fled to Texas, where he posed as a mute woman and killed neighbor Morris Black, 71. He was acquitted of murder, but jurors found him guilty of dismembering the victim’s body. Los Angeles County prosecutors said each of the killings in this decades-long trail of bloodshed led to the next.