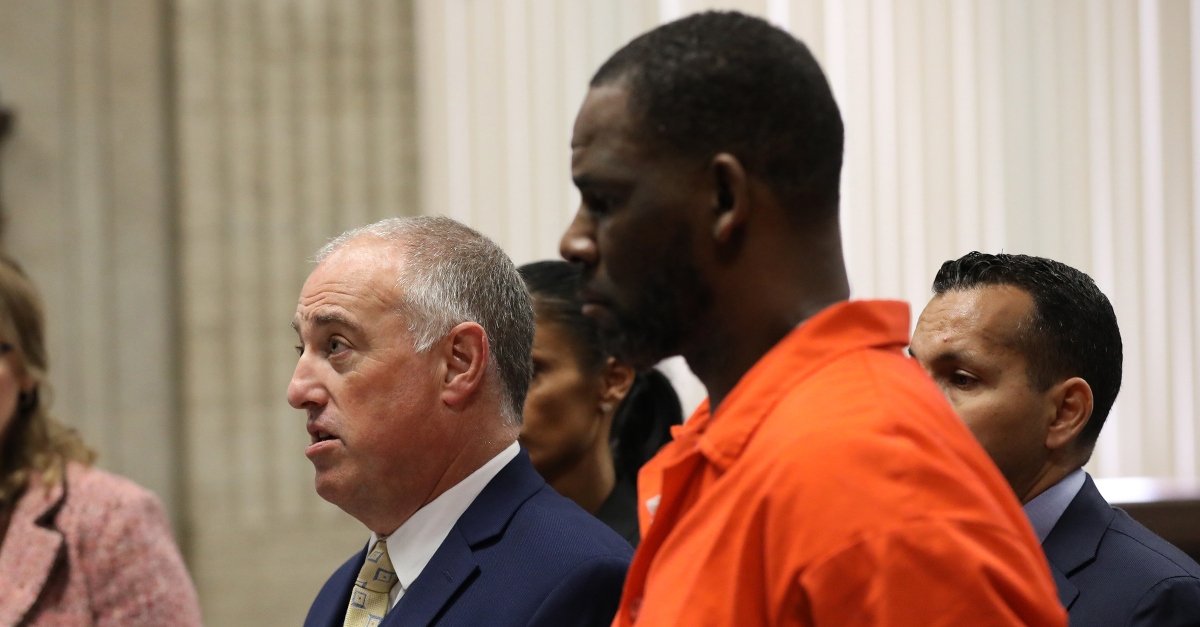 An attorney for singer and accused abuser R. Kelly, 52, argued that the defendant should be released on bond, and complained that the client is not being allowed to speak to both of his “lady friends” at the same time, let alone other friends or colleagues.

“His visits are severely restricted; presently, he is only allowed one unrelated person to visit,” attorney Steven Greenberg wrote in a motion filed with a New York federal court, according to CNN. “In other words, although he lives and has lived with two lady friends, only one of them is allowed to be on his visiting list, and after 90 days he is required to switch. No other friends or professional colleagues are allowed to visit. That is not right.”

Greenberg insisted that his client was neither a flight risk nor a danger to the alleged victims in the case. He also said his client had health issues, including numbness in a hand, anxiety, and an untreated hernia. The lawyer argued his client wasn’t getting the appropriate care while locked up.

Kelly and his attorney have emphatically denied the claims of abuse. The defendant’s girlfriends Joycelyn Savage, 23, and Azriel Clary, 21, have also spoken out on his behalf.

The singer is separately charged in Illinois federal and state courts for his alleged behavior. All told, he is accused of abusing both adults, and underage girls.

New York federal prosecutors said he started relationships with women who attended his concerts and established a remarkable amount of control over their lives. They were forced to ask him for permission before leaving their rooms, even to eat or go to the bathroom, prosecutors said.

Illinois authorities said he had abused underage girls by having sexual relationships with them. They also maintain that he tried to collect and hide video evidence of his actions.