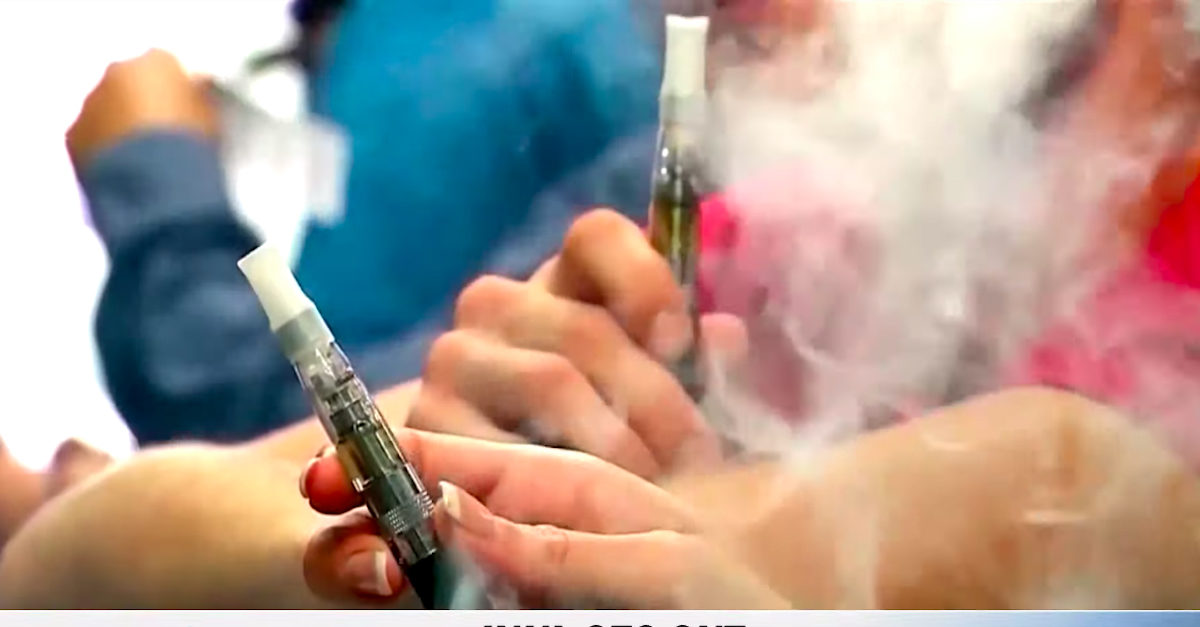 With the mysterious outbreak of a lung disease associated with the use of vape products, the Los Angeles Times on Tuesday reported that senior level Barack Obama Administration officials in 2016 prevented the Food and Drug Administration (FDA) from banning flavored vape liquids targeted at young consumers.

According to the report, in the months leading up to the decision, lobbyists and industry advocates put a full-court press on the Obama administration, meeting with white house officials more than 100 times in just 46 days.

The Times obtained a 575-page draft of the FDA’s proposed ban and thousands of pages of memos and presentation materials which showed that experts had been concerned about the recent spike in vaping as early as 2013 when the Center for Disease Control and Prevention (CDC) reported that vaping had doubled amongst children aged 13-18. A year later, that number leapt, showing a near 800-percent increase in vaping adolescents due primarily to flavored products.

A 2015 draft of the FDA ban explicitly sought to remove any flavored vape product from the market with 90 days due to the “attractiveness of flavors, especially to youth and young adults, and the impact flavored tobacco products may have on youth initiation.” The rule reportedly gained widespread support with scientists and public health officials even before the White House Office of Management and Budget (OMB) took its first meeting with industry lobbyists.

But after a maximum-pressure effort from industry power players like Altria, the rule giving the FDA oversight of vaping products was published in May 2016 without the  proposed flavor ban. Instead, the published rule said the Administration was seeking “further data on the role of flavored products in youth initiation” to smoking and vaping.

When the rule took effect in August, sales of vape products skyrocketed, with brands like Juul, which is now partially owned by Altria, seeing sales increases of over 500-percent.

Stephanie Caccomo, a press officer at the FDA, told The Times that the agency doesn’t comment on changes that occur over the course of the federal rule-making process, but said the FDA intends to finalize a rule in the coming weeks aimed at ridding the market of “unauthorized, kid-appealing flavored e-cigarette products.”

“We have consistently said that if the disturbing rise in youth e-cigarette use continues, especially through the use of flavors that appeal to kids, we’ll take the necessary actions to keep all nicotine products out of the hands of children,” Caccomo said.

According to the CDC’s latest findings, vaping has caused approximately 805 lung injury cases in 46 states and 12 deaths in ten states. Approximately 38-percent of those reported cases involved persons under the age of 21.