The man charged with committing the Parkland mass shooting is expected to admit to murder and attempted murder charges on Wednesday. For most cases, guilty pleas mark the beginning of the end, but for Nikolas Cruz, 23, it is just a prologue to the real fight. They are going into Wednesday’s hearing without a plea agreement. Prosecutors have not budged on seeking the death penalty. That means both sides will have to make their case in a penalty phase. Court is scheduled to begin at 9:30 a.m.

Cruz pleaded guilty on Friday to battery-related charges for attacking a Broward County jail guard. Judge Elizabeth Scherer told him that the felony counts would be aggravating factors against him at a penalty phase for the mass shooting case. She held off on handing down a sentence. 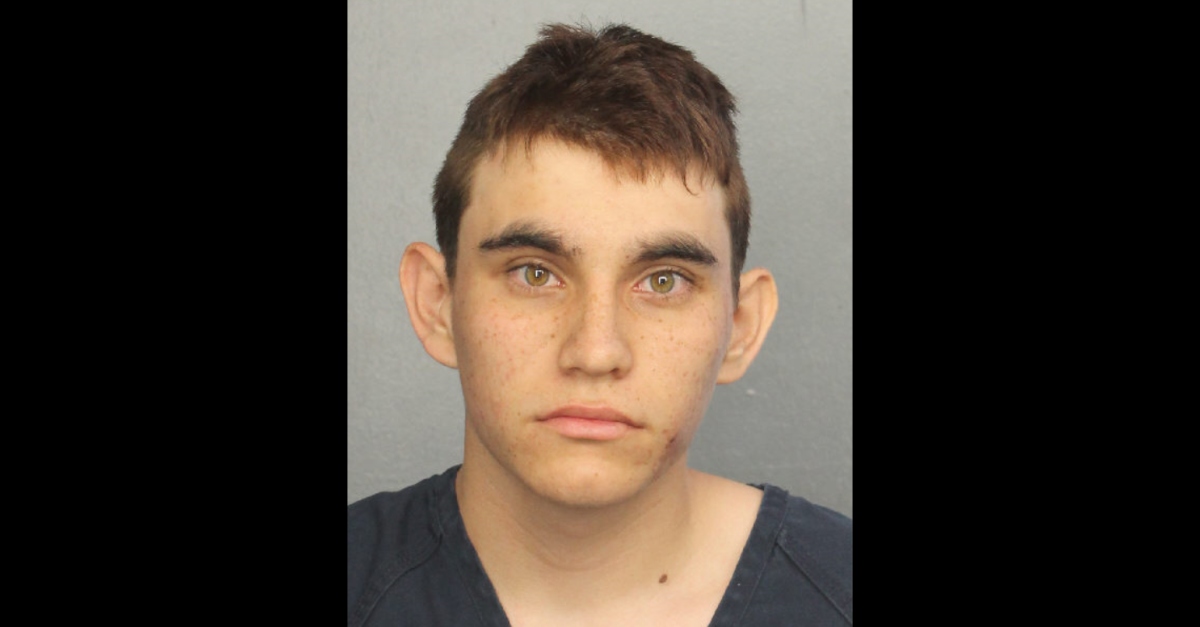 Cruz, a former student at Marjory Stoneman Douglas High School, opened fire there on Feb. 14, 2018 using a semiautomatic AR-15 rifle, authorities have said. This was a senseless massacre. In a confession, he told Broward County Sheriff’s Detective John Curcio that he had a voice in his head telling him to do violent things, like build fire pits, kill birds, and buy guns. Cruz said the voice, which he called the “Demon,” told him to take an Uber the day of the shooting. He said he had had plans to shoot up a park the week before, but he claimed he did not know why he did not go through with this.

“Personally, I think you’re using the demon as an excuse,” Curcio said.

Prosecutors want Cruz dead, though they stated this in a more formal fashion when we asked about initial reports that he was pleading guilty.

“There have been no plea negotiations with the prosecution,” said the Broward State Attorney’s Office said in a statement to Law&Crime. “If he pleads guilty, there would still be a penalty phase.”