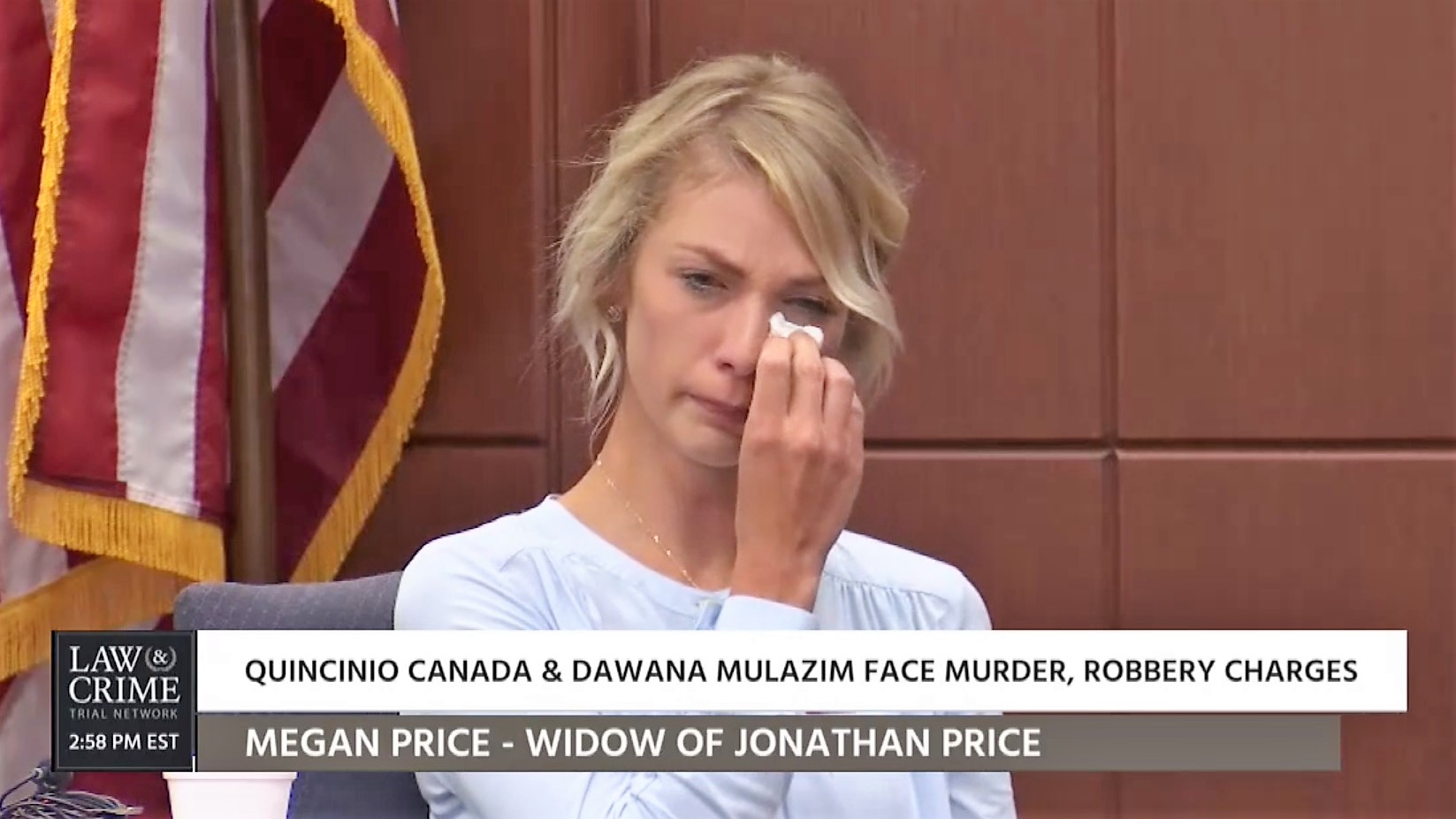 The widow of a U.S. Marine who was shot and killed while being robbed took the stand to describe the attack which left her injured and her husband dead.

Megan Price, the widow of Cpl. Jonathan Price, 26, appeared to be wearing her husband’s Marine Corps name tape as she described the events which led to both herself and her husband being shot.

Price, however, did not pick the two defendants in the case out of a photo lineup. When asked why she declined to provide an identification, she said, “I did not want be responsible for making the wrong choice.”

Price said that she and her husband were sitting on the bumper of a Chevy Equinox outside a bar where they had gone to celebrate her birthday. She said two African-American men approached them from different directions and from between other vehicles in the parking lot. One of the men was in his 20s, was wearing a white tee shirt, had dreadlocks, stood about 5’9″ or 5’10”, and had a semi-automatic gun with a silver barrel. The other man appeared older than the first one, was probably in his 30s, wore a dark colored or black shirt, had shorter hair, stood about the same height as the other suspect, and had a revolver.

When asked about the gun, Price said, “I remember seeing the barrel pointing at Jonathan’s head.”

“I tried to get to Jonathan, but I couldn’t, because I had been shot,” Price testified. She had been shot in the leg. The bullet entered her leg, shattered a bone, and then exited her leg. She currently has a metal plate and nine screws helping hold her bone together. Price said she would have to endure another surgery and another painful recovery period if she wants to have the plates removed. She said her left leg, where she was shot, is now shorter than her right leg. The length difference causes issues with balance and back pain due to the resulting uneven pressure on her spine.

Price walked jurors through surveillance video of the area that showed some of the suspects, but which did not show the attack itself. She sobbed during a replaying of the 911 call she placed while laying on the ground where she was shot.

On cross-examination, Price drew a diagram of the scene for the defense. She also faced questions about inconsistencies in her statements about the case. She said that some of the inconsistencies were the result of speaking to the police after burying her husband.

Testimony continues in the case in Lexington, Kentucky. Two defendants, Quincinio Canada and Dawan Mulazim, are facing murder, robbery, and assault charges. Defense attorneys said during opening statements that DNA evidence points to other potential suspects, but not to the two defendants on trial. A witness who attempted to identify Canada and Mulazim was forced to admit that he posted on Facebook that “if they all didn’t look alike they would be dead,” with reference, he admitted, to African-Americans. That witness testified that two men attacked him in a hotel room and took a gun. Authorities believe the stolen gun was used to shoot the Prices.