Watch Live: Meeting on Crash That Killed Kobe Bryant, 8 Others

The National Transportation Safety Board is scheduled to hold a public board meeting Tuesday in the fatal crash that took the lives of basketball legend Kobe Bryant, his daughter Gianna, and seven other people. They want to determine the probable cause of the incident, in which a helicopter crashed near Calabasas, California and killed the victims. The hearing is scheduled to begin at 9:30 a.m. EST / 6:30 a.m. PST. 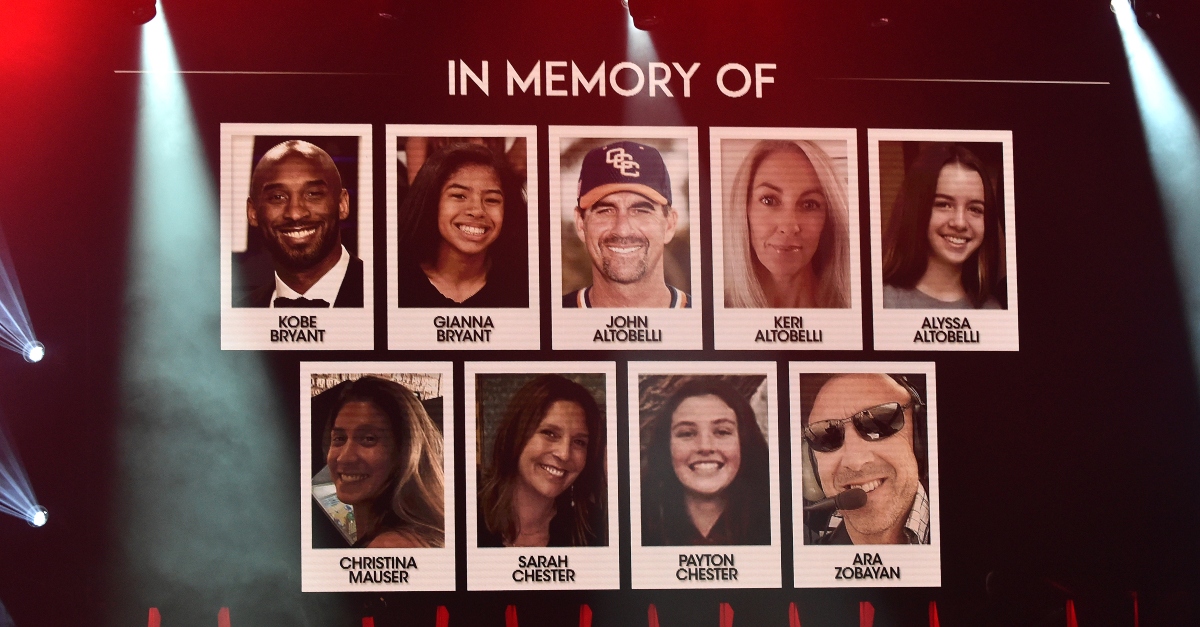 Nine people died in the crash:

Four victim families–except Zobayan’s–have each filed separate lawsuits in the crash, claiming negligence by the helicopter company. Island Express, the defendant in these complaints, says the crash was the fault of air traffic controllers. The NTSB’s conclusion on the crash will no doubt influence these legal actions.

“One of our helicopters, N72EX, Sikorsky S76, was involved in an accident on Sunday, January 26th in the Calabasas area of LA County,” Island Express wrote in a statement the day after the fatal crash. “We are deeply saddened by this tragedy. Our top priority is providing assistance to the families of the passengers and the pilot. We hope that you will respect their privacy at this extremely difficult time. The pilot, Ara Zobayan, was our chief pilot. Ara has been with the company for over 10 years and has over 8,000 flight hours.”