Former police officer Kimberly Ann Potter, 49, stands trial for killing Daunte Wright, 20, in a disastrous traffic stop. Potter’s attorney has also said that she will testify. You can watch jury selection in the player above. Opening statements are scheduled for Wednesday, Dec. 8.

There is no dispute that Potter fired her gun. The question is whether Potter’s actions constitute first and second-degree manslaughter under Minnesota law.

As seen on body cam video from April 11, 2021, officers with the Brooklyn Center Public Department pulled over Wright for a traffic stop. Officer Anthony Luckey began to handcuff him against the driver’s side of the car. He suggested Wright was about to resist.

“I’m not doing nothing,” Wright said. He eventually yanked away, getting back into the driver’s seat. A struggle ensued.

“I’ll tase ya!” Potter said, pulling out what turned out to be her gun. She repeated her warning, then finally yelled, “Taser, taser, taser!”

She opened fire, striking Wright, who then drove away.

Wright later crashed into another vehicle, authorities said. He was pronounced dead at the scene.

Potter had her Taser on her left side of the duty belt and her gun on the right side, authorities said.

Being a police officer for 26 years, Potter was trained in the use of guns and Tasers, they said.

“Defendant completed annual recertification training courses on each of these weapons,” they wrote in charging documents. “These courses included training on how to draw, aim, and use each weapon correctly. The training material for these courses also included notices alerting Defendant to the possibility and risks of drawing a handgun instead of a Taser. In the six months before this incident, Defendant completed two Taser-specific training courses. For example, on March 2, 2021, Defendant attended a four-hour training course pertaining to the Taser. This course involved a classroom component, which provided detailed and substantive information concerning the function, proper use, and safety concerns associated with using Tasers; a practical component; and a written test. After this training, Defendant was certified for use of the Taser X7.”

In other words, prosecutors said Potter knew better, and she has to take responsibility for it.

Potter’s defense is geared to argue that this shooting was an innocent mistake. In motions, they have been arguing against the state’s use of force expert and suggested that Wright was a danger to the community.

As things stand, jurors will hear Potter’s version of events from the stand. She will testify, defense lawyer Paul Engh told a potential juror. 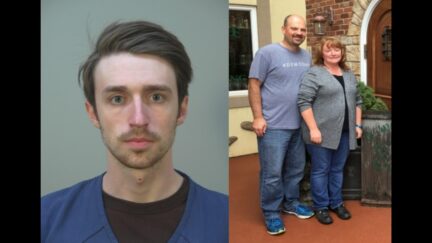