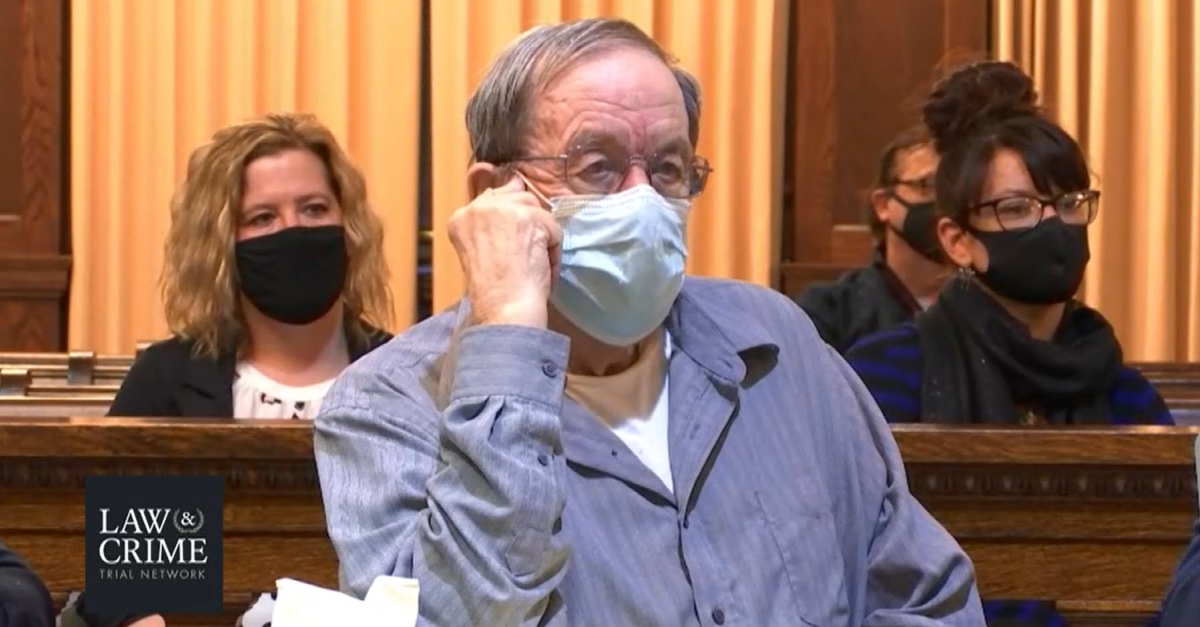 Prosecutors worked to prove the crime without a body. They argued the defendant was behind the victim’s disappearance on April 25, 2013. They presented jurors with testimony that the husband basically sandbagged attempts to find his wife. Suspicious behavior included not telling coworkers about Victoria going missing, not helping in search efforts, and insisting to multiple people—including a jail cellmate—that those searching would not find her body.

#ProkopovitzTrial – Yesterday a Confidential Informant testified without cameras on. He was a fmr. cellmate of the defendant in 2019. He said Prokopovitz told him he knew his wife was dead, but didn’t admit to killing her. He also said her body would never be found. pic.twitter.com/vC5cNisVCm

#ProkopovitzTrial – Confidential Information: Under cross-exam he agreed with the defense that the defendant may have meant his wife’s body would not be found and she was dead because it had been 6 years since she disappeared. pic.twitter.com/poYR7liYP9

The defense did not present witnesses or have Prokopovitz testify. They instead focused on cross-examination, working to show that there were innocent explanations for Prokopovitz’s behavior. For example, former coworker Mark Blaser acknowledged under cross-examination that he did not know the defendant well. Defense lawyer John D’Angelo mentioned in opening statements that Victoria had prior suicide attempts.

The state brought up Dr. Ashraf Ahmed, the victim’s psychiatrist, to testify. He said Victoria Prokopovitz, who suffered childhood traumas, lived with mental illness through anxiety and a mood disorder. He also said, however, that in their sessions, Victoria said her husband was abusive. She said he was dismissive of her mental health and was controlling about money. The doctor said he did not mention injuries in his notes from a February 23, 2009 meeting between he and the Victoria, in which she discussed abuse from James.

Darlene Ingalls, the defendant’s ex-wife, said James Prokopovitz was abusive to her. She described physical abuse, including grabbing her by the arms, and choking her.

#ProkopovitzTrial – The defendant’s ex-wife testified that he was controlling and abusive during their marriage. She said one time an argument ended up with him holding a gun to her head. @LawCrimeNetwork pic.twitter.com/Hh6zATJeha

In closing arguments, the prosecution highlighted testimony that James Prokopovitz waited only a month after his wife’s disappearance to take her off his insurance. They suggested that another motive for the murder was so he could be with his former girlfriend Kathy Friday again. Friday’s daughter Jennifer Friday testified that her mother became secretive and more distant when beginning to date the defendant. She said she was shocked when learning more about Prokopovitz having a missing wife.

In this account, the witness asked her mother if she was concerned. Kathy Friday said that Victoria Prokopovitz had attempted suicide in the past, and she suggested that there was lots of vegetation in the area. Hopefully a hunter would find her. Kathy Friday said she was “taken aback” by her mother’s “coldness.” During questioning, she said she assumed that this is information her mother would have gotten from the defendant.

#ProkopovitzTrial – Jury seeing video interview with the defendant on 8/2/16, 3 years after his wife went missing and about 3 yrs before he was arrested. He’s telling the story of “bumping” into Kathy Friday at a casino. @LawCrimeNetwork pic.twitter.com/y5ZG1CQBaP

Friday died by suicide last year after she and James Prokopovitz were charged in a perjury case over their statements at a John Doe hearing, which was held as part of the investigation into the disappearance of Victoria Prokopovitz.

“Ok, I’ll admit it. I killed her! Yeah, I killed her! Kathy had nothing to do with it.” @LawCrimeNetwork pic.twitter.com/AcbeDCUtXE

The defendant denied to law enforcement that he knew the whereabouts of his wife.

D’Angelo maintained that Prokopovitz was engaged in caring for Victoria, giving her meds and taking her to the doctor. The defendant was in a panic amid the disappearance, he said. The defendant only got together with Friday after Victoria went missing. The new couple wanted to keep the relationship private because they were trying to protect their family, the attorney said. As for Victoria, D’Angelo suggested she either died by suicide, or simply disappeared.