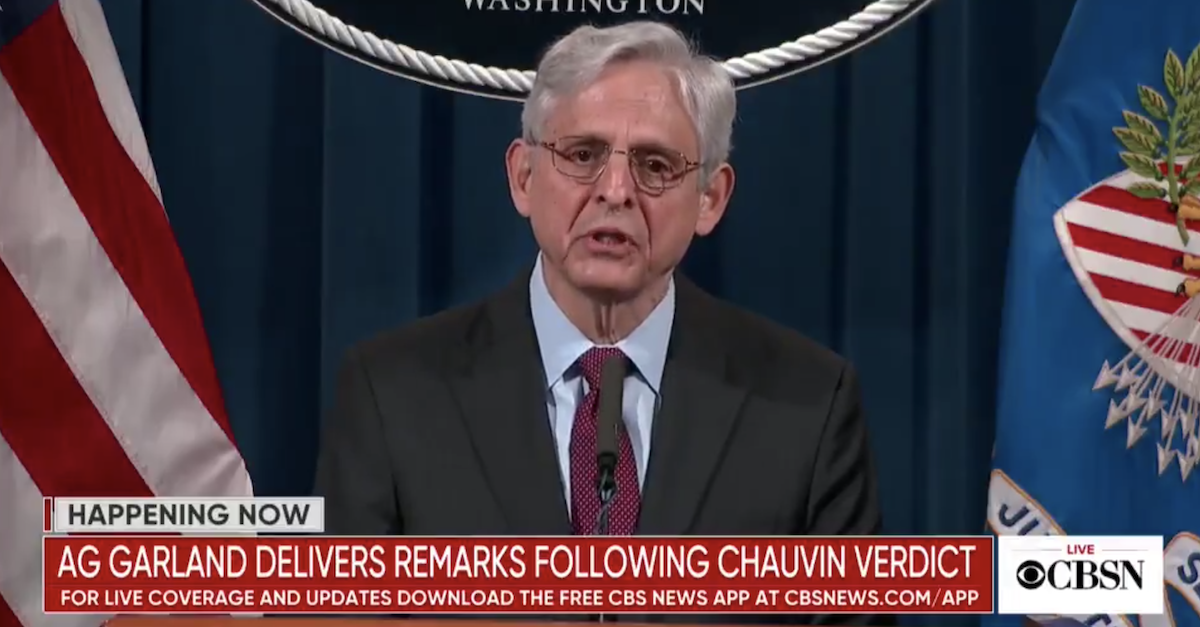 “Today, I am announcing that the Justice Department has opened a civil investigation to determine whether the Minneapolis Police Department engages in a pattern or practice of unconstitutional or unlawful policing,” Garland declared.

The one-time Supreme Court nominee and D.C. Circuit judge also expressed empathy for those impatient with the pace of accountability in Minneapolis.

Like other wheels of justice, pattern or practice investigations often do grind slowly. The Obama administration’s Justice Department reported opening 11 such probes and negotiated some 19 reform agreements from 2012 through the start of 2017. Some of these could result in consent decrees, as occurred in Ferguson, Mo.; Albuquerque, N.M.; Cleveland, Ohio; Seattle, Wash.; New Orleans, La.; Puerto Rico, and elsewhere.

Congress gave the Justice Department this tool in their quiver to reform police departments in 1994, some three years after and in response to the Rodney King riots. “Pattern-or-practice” probes are sometimes known as “14141 cases,” after the United States Code authorizing it.

Garland noted that the civil probe does not substitute for the active criminal investigation into the matter, nor does any prosecutorial action mitigate the loss felt by George Floyd’s family, he emphasized in a statement yesterday.

“While the state’s prosecution was successful, I know that nothing can fill the void that the loved ones of George Floyd have felt since his death,” the attorney general wrote on Tuesday evening. “The Justice Department has previously announced a federal civil rights investigation into the death of George Floyd. This investigation is ongoing.”

Former President Donald Trump all but ended pattern or practice investigations during his tenure, with his ex-Attorney General Bill Barr regularly expressing a preference for voluntary reforms by local police departments rather than one carrying the force of law. In practice, this spelled an end of federal pressure on local departments.

Minneapolis Police Department made clear in a statement that their chief, Medaria Arradondo, “welcomes” the investigation.

“He, and the department, will cooperate fully,” the department wrote in a statement. “The Chief understands that the intent of this inquiry is to reveal any deficiencies or unwanted conduct within the department and provide adequate resources and direction to correct them. The Chief has been insistent that he wants to make the MPD the best department possible. With the assistance of the Department of Justice, the Chief believes he will have additional support, some of which he has been seeking over the last three years, to pursue changes he would like to see in his department.”

In 2017, the Justice Department undermined one talking point later adopted by Trump and the political right, that consent decrees resulting from pattern or practice probes constrained police from doing their jobs.

“Both the Vera Institute study and the Harvard Kennedy School study specifically tested the theory that police enforcement reduces in the wake of consent decrees and found no evidence of such ‘de-policing’—indeed, the latter study suggested, to the contrary, a positive effect on both the quantity and quality of police activity,” the department found.

Despite his aversion to civilly probing police departments, Barr had opened the criminal investigation into Chauvin and reportedly shut down a plea deal, finding the evidence against him “overwhelming,” according to the New York Times.

In a press release, the Justice Department indicated that the probe will look into questions of discriminatory policing and uses of force involving people with behavioral health disabilities and protesters. The Justice Department will review Minneapolis police policies, training and supervision and examine their internal systems of accountability.

Update—April 21 at 1:47 p.m. Central Time: This story has been updated to include the statement of the Minneapolis Police Department and information about the scope of the Justice Department probe.