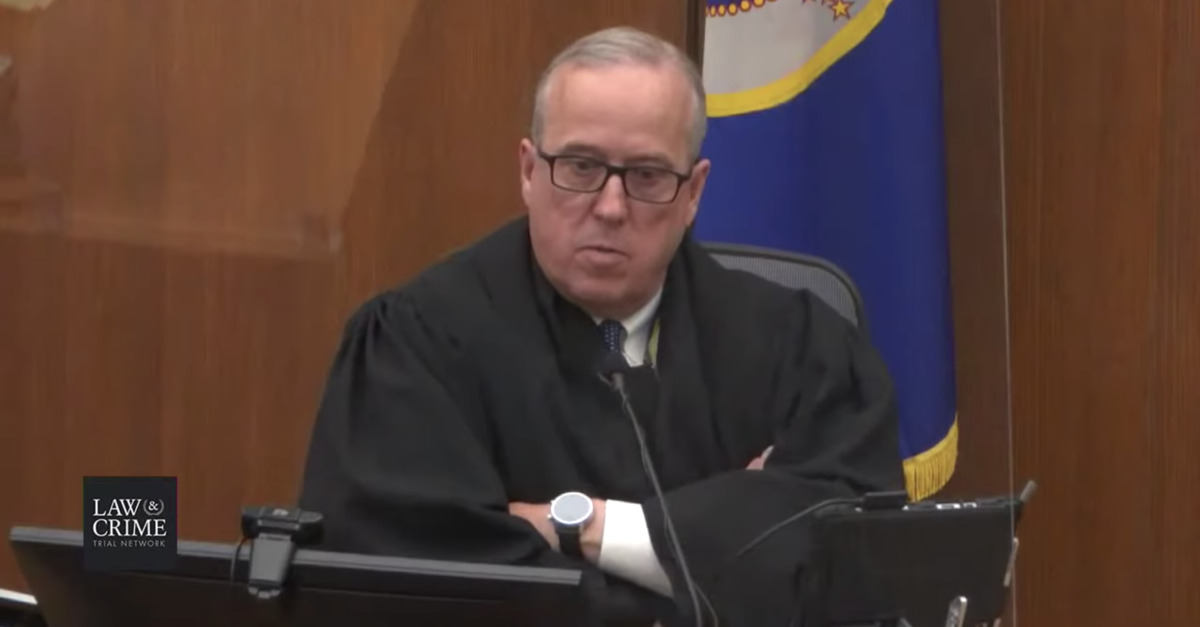 During an evidentiary discussion without jurors present, defense attorney Eric Nelson argued that statements made by Floyd’s friend Morries Hall to police–immediately after the fatal incident on May 25, 2020 and following his arrest in Texas a week later–should be allowed to be presented during the defense’s case-in-chief.

Hall is on the witness list for both the defense and the state but the prosecution hasn’t done much to compel his testimony. Hall, for his part, has stated that he would plead the Fifth Amendment if called to testify because his comments might have negative impacts on various pending criminal cases against him in two states.

Nelson said Hall “paints a picture” in those police interviews of what was happening before, during and after Floyd’s death and moved to introduce those prior statements themselves into the record in the event that Hall does as expected and invokes the Fifth Amendment.

The problem for the defense is that Hall’s prior statements to police qualify as hearsay under Minnesota Court Rules and would not be admissible unless a hearsay exception applies.

Hennepin County Judge Peter Cahill quizzed the defense and the state on the issue and, during questioning, appeared to be leaning in the state’s favor.

“So you’re saying that his lawyer, who is advising him at the time of his statement, advised his client to give a statement that was so far contrary to his penal interest that it’s admissible under 804(b)(3)?” the judge asked–referring to the exception that allows in so-called statements against interest.

Matthew Frank, speaking for the prosecution, said both the judge and defense counsel were clear about the uphill nature of the request to read Hall’s hearsay into the record and that it was ultimately an easy call for the court.

“I think the court clearly sees, sort of, the conflict that counsel has presented here in saying that there are issues that Mr. Hall can testify about, legitimately despite a Fifth Amendment claim, and yet those same statements are not what establish the trustworthiness that a statement against interest requires,” the Minnesota Attorney General’s Office veteran said. “In other words, counsel is saying, ‘Mr. Hall made statements against his interest,’ but those are not the statements he’s trying to have Mr. Hall testify about.”

The rules of evidence vary from state to state and federally. And the application of hearsay exceptions is famously known to be one of the more dizzying and elusive legal concepts–even to seasoned practitioners. But in this case, the court was relatively lucid and to the point about why the exceptions did not apply.

“The statement seems to be Mr. Hall describing what does not incriminate him,” Cahill explained. “He’s willing to do that, but when it comes to anything he might have done, he denies engaging in any activity like dealing. There are some sporadic references to dealing on the street but there’s nothing specific as to time, date, location, persons involved [so] that the person would be subjecting themselves, clearly, to criminal liability. Accordingly, it does not fall under 804(b)(3).”

In other words, the court is of the opinion that Hall’s statements to police didn’t actually incriminate him.

The judge then described another hearsay exception that might have allowed Hall’s statements into the record.

“Under 807, ‘[a] statement not specifically covered by Rule 803 or 804 may be admitted but it must must have equivalent circumstantial guarantees of trustworthiness.'” Cahill said, reading directly from the state rule on the “Residual Exception” to hearsay.

“I see nothing internally within the question and answer statement–that Mr. Hall’s statements had any guarantee of trustworthiness and accordingly it is not admissible under the rule for that reason,” the judge explained.

In rejecting the defense’s motion under the second rule, Cahill was saying that Hall’s statements can’t even be trusted, so there’s no point in reading them in full court.